You are here: Home › Features › From Bully To Believer

From bully to believer 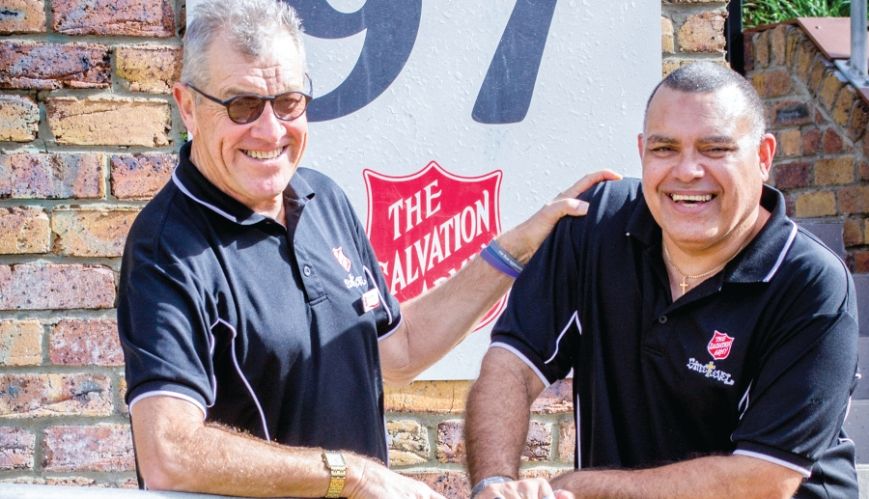 From bully to believer

Baz connected with the Army’s Andy Steele and has never looked back.

As a kid, his school teachers and mates nicknamed him Baz after an Aussie Rules player of the day who was a bit rough.

He well and truly represented the reputation as he moved into adult life, spending three separate terms totalling 10 years in jail, losing half a dozen jobs, and forfeiting a marriage after only a few months – all because he embraced drug-taking and trafficking.

But today, at 55, Baz – real name Andrew McMahon – is working with The Salvation Army in Brisbane, helping people whose lives are off-track like his used to be, to get back on track.

Baz’s direction in life was deliberate. He was raised by a single mum, who tried hard to give him and his younger sister and brother a good life.

They lived in a social housing suburb of Perth. Church was important to Baz’s mother. She and her children were regular attenders. Baz and his mum were in the church choir. While he liked church, Baz wanted to fit in with his friends, who were not church-goers.

He did things – like bullying other kids – to prevent him getting a reputation as “a churchie”. It was his bullying that earned him the nickname Baz.

As he moved into his teens, he was developing a template for a life that he knew was out of control and not how his mother had raised him. He began drinking alcohol at 12 and graduated to drugs at 14.

He knew he was associating with “the wrong people,” but he wanted to be wanted.

After school, he successfully completed a Bachelor of Arts degree in welfare and sociology, while holding down a number of nightclub security jobs.

Those jobs introduced him to stronger drugs and drug trafficking to make extra money. He spent three years in the Perth police service until his life caught up with him and he was forced to leave.

In 1993, then 30, he moved from Perth to Brisbane to, hopefully, escape the drug scene. He had been engaged, but his drug-taking ended the relationship. His plan to turn around his life did not succeed and soon after arriving in Brisbane, drug-taking resumed.

He worked for the Aboriginal Legal Service, but lost the job because of his drug involvement. 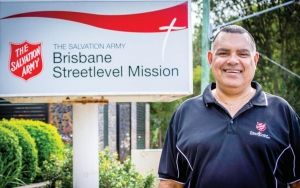 He moved to the Sunshine Coast. By now, he was addicted to heroin and amphetamines.

Methadone treatment got him off heroin. But he was still addicted to other drugs. On the Sunshine Coast, he got a job in the fishing industry. There were plenty of opportunities there for selling drugs. It gave him lots of extra cash.

He tried to “go straight” and was doing well for a while. In May, 2003, he married in the Caloundra Baptist Church.

But by June he was in jail, and by September his marriage was over. The law had caught up with his drug involvement.

For the first time, he was in jail for drug offences, sentenced to two years imprisonment, with a further three-year suspended sentence. When he was released, he returned to the drug scene “to keep up appearances”. In 2007, he was back in jail – this time for four years. In 2012, he was sentenced to four more years – again for drug matters.

He turned 50 while serving his last sentence and came to the realisation that something had to change. In November 2015, just before his release from prison, he was given the telephone number of Andy Steele, a prison worker with The Salvation Army’s Streetlevel Mission in Brisbane.

He called Andy, who told Baz to call him again when he was out of jail. When Baz was released, he was booked into a boarding house in “appalling” condition. He left his bags at the boarding house and went to the pub. He wasn’t supposed to drink alcohol as part of his release conditions. But he did. And he got back on drugs.

Feeling fed-up, Baz phoned Andy, who collected him and took him to Streetlevel, where he was surprised to see mates from his last stay in prison. Andy also invited Baz to The Salvation Army’s God’s Sports Arena church in Brisbane.

Baz reconnected with God and he started volunteering at Streetlevel. With others, he developed a program teaching life skills to the homeless, those trying to escape addictions and anybody who needed assistance. He became a prayer team member at God’s Sports Arena. In December 2017, Baz was employed at Streetlevel as a Community Engagement worker. The template taking him to an early death was being dismantled.

“As I began to work with Streetlevel and attend God’s Sports Arena, I realised that my life was changing. I realised that The Salvation Army was going to be my life from now on,” he said. “I could see that I had a future; something to look forward to. I felt good about myself, for a change.”

Baz became a Salvation Army adherent to show his commitment. “I feel so valued now,” he says. “I am accepted. I am not judged. I am loved. I am just so content in my life. I am not looking over my shoulder anymore. I can say hello to the police without fearing that I might be arrested.

“I am earning enough money to pay my rent, eat well and live well in my one-bedroom flat. I have money in the bank for the first time in my life. I even have money left over to buy a cup of coffee or a meal for a homeless person. Can you imagine how good that feels!”