You are here: Home › Features › In Sickness And In Health

In sickness and in health In sickness and in health

Tucked away unobtrusively in a tiny NSW Snowy Mountains township is a humble man who has endured more than most of us will in our lifetime. “Don’t make me out to be a hero,” Alan Marshall pleads with me. “I’m not a hero. I’m just a man doing what he has to do.” His very ill wife, Diane, disagrees. “Alan is a hero,” she says. “He is a hero to me because of what he has suffered and put up with without complaint.”

Alan, in his early 60s, is surviving, he says, because of the love and support of a “beautiful” Salvation Army officer and her small team of supporters, his wife and a few others – all of whom, he adds, have helped him regain his faith in God. In the last few years, Alan has lost his business, his home, a close family member and three grandchildren, and has anguished as his wife’s life has deteriorated alarmingly because of an incurable disease. Every morning he wakes to find her still beside him is a bonus, he says. There are no expectations beyond the day they have together.

Alan and Diane – married for 43 years – rent a house at Adaminaby, 50km west of Cooma, with a population of just a couple of hundred. They lost their own home at Cooma after a family member caused their café business in the town to close owing many thousands of dollars. They also lost connection with the family member and their three grandchildren.

Diane has leukemia, a cancer of the blood or bone marrow. It could take her life at any time. She spends months at a time in hospital. When she does, Alan drives almost every day from Adaminaby to the hospital in Canberra to see her. It’s a round trip of 330km. “And he never complains,” Diane says. 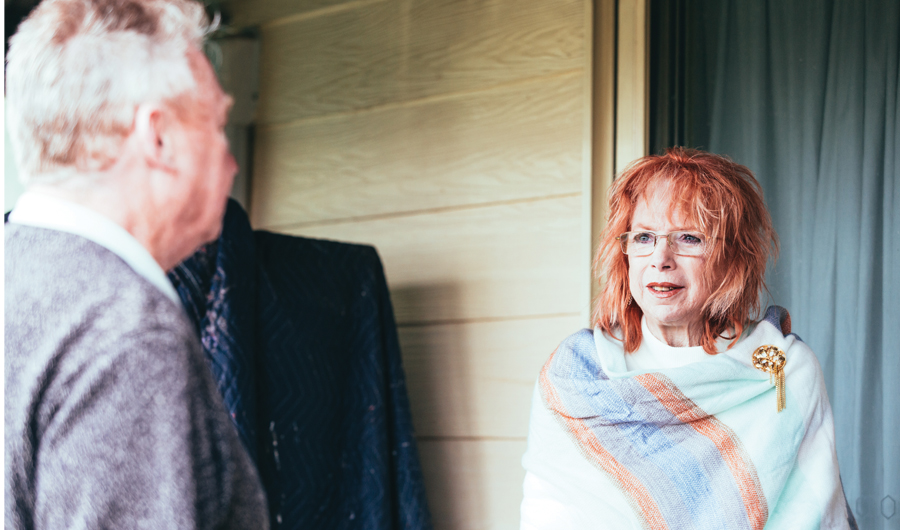 Diane with her full-time carer, her devoted husband of 43 years, Alan.

Their marriage and early life together was happy and comfortable. They had three children and a home in Canberra. Alan worked with the Australian Army, then became IT manager for a Federal Government department. When the department’s IT work was outsourced to a private company, Alan became a truck driver.

Friends encouraged Alan and Diane to buy a café business in Cooma. That was nine years ago. It was hard, but rewarding, work. Other family got involved. After a few good years, the business started to struggle. At first, Alan and Diane didn’t understand why. They were working up to 15 hours a day to keep the business operating.

The strain was starting to show. Worse was to come. It was the discovery that a family member was responsible for large amounts of income disappearing. There were addiction issues. They had to tell their family member to leave. Alan and Diane tried to recover their business. “But Diane is a very forgiving person and she took [family member] back. The old problems returned and we couldn’t go on with the business,” Alan says.

Alan was desperate. He was having trouble coping with his depressing financial situation, but also his personal life. He needed help. Friends advised him to talk to The Salvation Army. “I walked into The Salvation Army and just said, ‘Help’. (Captain) Louise Nicholson took me in. She listened to me for two hours. It was the first time I had downloaded my problems on anybody. There were lots of tears. Talking to her made me feel better. 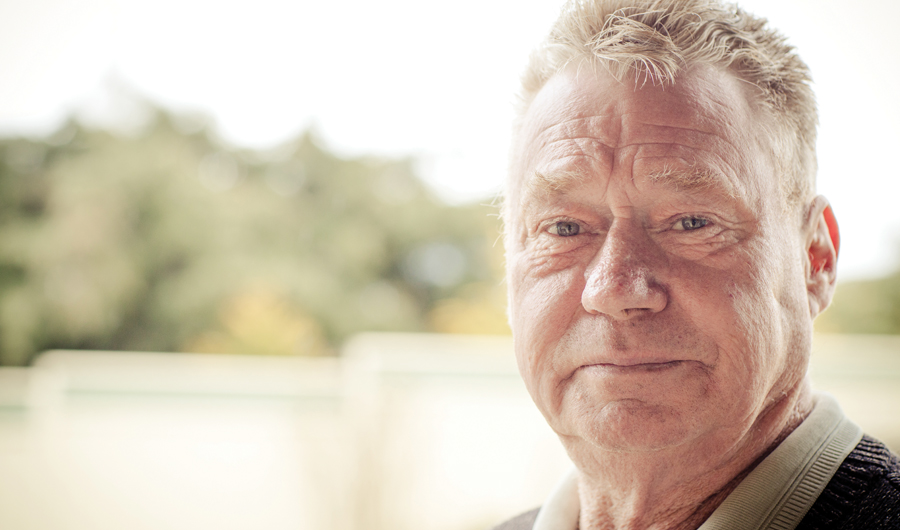 “Diane was very unwell. She spent nine months in hospital in 2012-13.” She didn’t realise how badly impacted Alan had become. “Alan is very good at hiding things about himself,” Diane says. Their two sons, who live a long distance from Alan and Diane, detected in phone calls, however, that Alan was not in a good state, mentally. Their concern was so great they notified police, who called at Alan’s home. There was concern, police said, that Alan was considering taking his life.

He closed his café. “I started drinking to cope with the stress, which, by now, was through the roof. The drinking helped for a while, but didn’t take it away. I found a counsellor, who is still helping.

“Louise brought in a (Salvation Army) Moneycare lady from Canberra. She made many trips from Canberra to see me in Cooma. She tried everything to manage my financial problems. But we owed too much without any prospect of meeting our debts. As a result, our home was taken from us. We had to leave Cooma to find somewhere affordable and suitable to rent. Diana can’t be around too many people because of her illness. Adaminaby is much quieter than Cooma, so we came here (Adaminaby).”

Alan and Diane were declared bankrupt at the start of this year. As Diane’s health has deteriorated, Alan has become her full-time carer. “My job is to look after Diane now,” he says. “The rest of the world can buzz off for the time being. Nothing else is important right now.” 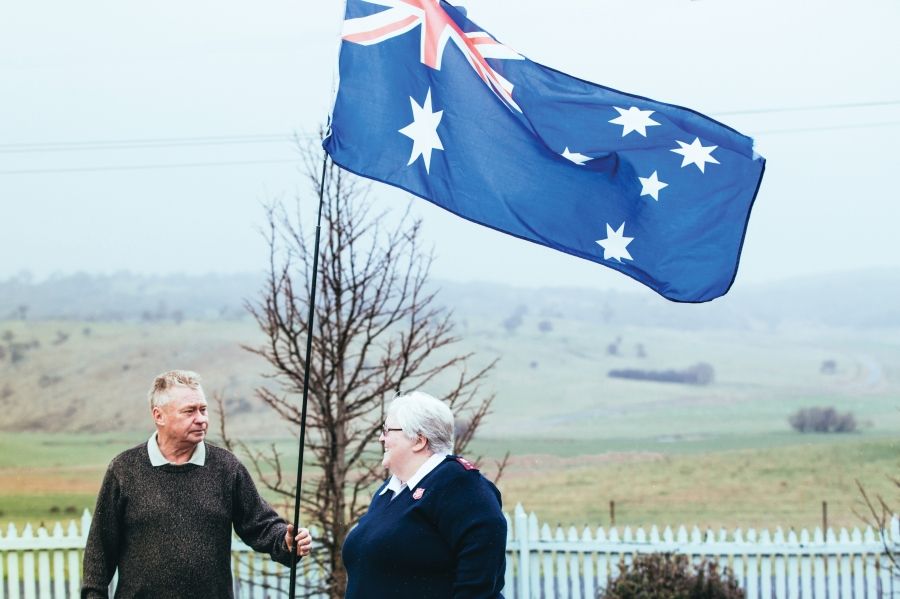 Diane and Louise keep him going, he says, as well as a small group of people attached to the Cooma Corps of The Salvation Army and his counsellor. “Louise is my light. She regularly reminds me that there is light at the end of the tunnel. I can phone Louise any time of the day or night. She will always answer and she always has time just for me. She gives me confidence. She gives me hope.

“Whenever I have to give my religion for something, I say that I am Salvation Army and I am very proud of that. I gave up my own church years ago. The Salvation Army makes me feel happy. I always say now, Thank God for the Salvos.” Alan and Diane are The Salvation Army’s official Red Shield Appeal collectors at Adaminaby as “a way of giving back”.

“We’re at a stage now where we just don’t know what the next day will bring,” Alan explains. Most days, Diane is too unwell for visitors. On her good days, a flag flies from a pole at the front of their home. It signals that Diane is well enough to visit. “If she can’t get out of bed – which is most days – the flag doesn’t fly and that is a signal to locals to stay away. The locals are good. They know not to come when the flag isn’t flying.”

The flag was flying the day of our visit. But Diane still struggled. It was important for them to tell their story. Alan and Diane know that Diane is not going to get better and, in fact, will get worse. She recently spent seven months in hospital. She has regular injections and other treatment that exhausts her. Alan does everything for her.

“I made a promise many years ago,” Alan reminds me. “I promised that for richer or poorer, for better or worse, in sickness and in health, I would love Diane for the rest of my life, so help me God. “I made that promise to Diane – who is my life – and to God. And I will not break that promise.”