You are here: Home › Features › Lets Shift The Culture 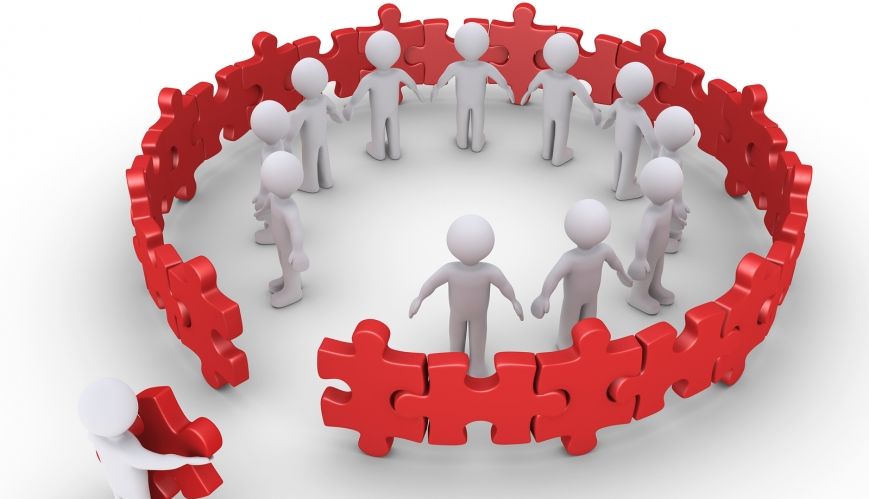 This is a landmark year for The Salvation Army’s Accountability Movement. This is the time to encourage every officer, Salvationist, employee and friend to get involved. The Accountability Movement is important because it is an opportunity for people to be renewed by God’s Spirit and refocused on God’s mission to redeem his world.

First of all, let’s be clear about the breadth and scope of the word “accountability”. Many people think it is just about money. It is much more than that.

Accountability is integrally connected to stewardship. We have a responsibility to give account to those who have entrusted us with something. So much of what we hold we do not own. For example, the public trusts the Army with its money, officers trust the Army with our working lives and, most importantly, God has entrusted to the Army the gospel.

There is no doubt that there are many differences in our “One Army”. At times, even talking about “One Army” seems unrealistic. How can we compare ministry in Manhattan with Army work on a remote Indonesian island? However, I am convinced that we have much more in common than we often appreciate. In every country, The Salvation Army works with people who — like ourselves— live in an imperfect, fallen world. Most importantly, we all depend on the same Savior who gives us grace, wisdom and energy to serve.

On my travels, many people share their concerns about a lack of accountability in the Army. It is interesting to hear the same issues come up time and again:

·      a lack of trust between officers and soldiers

·      distrust between corps, centres and headquarters

General André Cox is leading a process to address systemic problems at International Headquarters, but is blunt and transparent in admitting that territorial and command leaders need to lead the change process in their areas of responsibility. However, we will not achieve the change God wants if we only focus on fixing systems.

We also need to be brave and address relational problems. Why do we allow poor relationships in our corps, centres and headquarters to go unchallenged? Why are some leaders — in corps, centres and headquarters — allowed to abuse their power? Yes, we are a hierarchical organisation. Yes, we do need to accept authority, but as the General says, “Authority is entrusted to an individual for the purpose of the common good within the community” (see 1 Kings 3:9; 1 Cor. 12:7).

Power can be used in many ways. It is not just hierarchical power and authority that can be used for the common good. There are many opportunities for people to use personal influence for the kingdom. Influence does not depend on rank or position. Can you think of a person who has influence that far exceeds their position or rank? I know many who influence me positively.

Of course, influence can be used negatively and frustrate God’s purposes. Any authority, power or influence we have in The Salvation Army is not for our personal benefit. If we use our appointments for selfish ends, we need to be held to account for our unfaithfulness.

For this Accountability Movement to gain momentum, everyone linked to The Salvation Army — employees, junior and senior soldiers, active and retired officers, adherent members, volunteers, friends — needs to catch the vision and get involved. This is a huge communications challenge. People don’t get excited by accountability! It can make people defensive and nervous.

However, the vast majority of our Army family will be inspired and convinced if they see officers are personally committed to greater accountability. Our people long to see our Army being more effective in God’s mission. We will quickly become cynical and demotivated if we sense that this is just a pretense to keep the General happy. This is not his idea!

At the Last Supper, Jesus commanded his disciples: “A new command I give you: love one another. As I have loved you, so you must love one another. By this everyone will know that you are my disciples, if you love one another” (John 13:34-35). So what does “love one another” look like in practice for a 21st century Salvation Army? I suggest it is different from some of the attitudes and culture we have accepted in the past.

Let us move away from a culture of “why do they need to know?” toward an open, transparent culture of “why shouldn’t people be told?” People can be trusted with more information — especially about finances and stewardship of resources. Obviously there is often a need for pastoral confidentiality, but this should not be an excuse to sweep sin under the carpet.

Let us move away from a culture of “don’t ask difficult questions” to encouraging people to think, discuss and debate how the Army can be more effective, efficient and faithful in doing God’s will in our communities. We are not being loyal to God or the Army when we look the other way and “suffer in silence” as one African officer described this problem recently. A strong leader allows people to disagree but is able to explain the reasons for a decision. A weak leader silences all disagreement often by abusing power.

Let us reject a culture of “we must protect the reputation of the Army at all costs” — even if that means hiding the truth. At times we need to confront sin, even if people misunderstand our actions. These situations are often personally very costly. The Salvation Army is a highly trusted organisation, but we cannot take that trust for granted. We need to continually build trust in our communities by being people of integrity — despite the cost.

Let us reject a culture of distrust and encourage an attitude of mutual respect and truth-telling between Army leaders and those under their command. I have met too many officers and soldiers who presume senior leaders are incompetent or corrupt or both. Are we taking on the attitudes of the world where all leaders are distrusted — in government, business, the law, medicine and the church? Is this culture of distrust infecting relationships in the Army?

We do not have to be close friends with everyone, but we need to work together for God’s mission. The players from winning sports teams often refer to the importance of their team values. Players who do not buy into the team culture are dropped. If athletes recognise the importance of this to becoming a sports champion, how much more should we be willing to live out Christ’s values in “Team” Salvation Army?

We need to learn how to “speak the truth in love” (Eph. 4:15) to each other. A new accountability culture will require effective processes to deal with whistleblowers, but allegations must be backed up with facts, not rumours.

Let us reject a culture of “do nothing so we cannot be blamed if it goes wrong”. Sometimes people are scared of taking action in case they get blamed. This climate of fear results in a wasting of Army resources and lost opportunities for kingdom growth. Remember Jesus teaching about the parable of the talents (Matt. 25:14-30)? We are accountable for what we do not do as much as for what we do.

Let us move away from a culture of cynicism and negativity. Yes, the mission is often hard. As Edward Henry Bickersteth wrote: “I know how hardly souls are wooed and won; My choicest laurels are bedewed with tears” (SASB 746, v3).

When we experience failure or disappointment we must resist the temptation to become hardened and bitter. We are a people of hope, not of hopelessness. "If God is for us, who can be against us?" (Rom. 8:31). The Lord is still using the Army in many places. Let us humbly learn from others who are producing fruit. One of the key aims of the Accountability Movement is to encourage a culture of learning across the Army. We have much we can learn from each other if we are willing to listen and adapt.

Let us all commit ourselves to be more accountable and better stewards. Not just for money, property or other physical resources but also for our relationship with God and our relationships with family, friends, neighbours. As “The Salvation Army Handbook of Doctrine” explains, we have a high calling: “To realise Jesus’ radical ethic of love is to treat all our relationships as holy covenants. God is able to love through us.” Let us all seek God’s will in every part of our lives and be willing to answer tough questions when our relationships fall short of a holy covenant.

Remember, this is not just about rejigging Army systems or tweaking policies and regulations. The Salvation Army’s Accountability Movement will only have true kingdom impact if our relationships are transformed by the power of the Holy Spirit. The question is, do we really want to be accountable?

This article is an excerpt from The Officer magazine.