We can learn a lot from taking the time to listen to someone from The Kominsky Method’s generation.

This is not the article I expected to write. I should be writing about what I normally do at this time of year – the great things that are worth watching these holidays.

In particular, the best streaming TV to catch up on at a time of year that usually means we can get to stay up a bit later. But then my car stereo broke ...

It’s hard to underestimate the importance of my car stereo. Firstly, it connects me to my mobile phone. As a producer, I have meetings on my phone while I’m driving between meetings. As a writer, I also listen to a multitude of podcasts from experts in politics, history, ethics and religion. And as a Film and TV reviewer, my phone+stereo allows me to ‘read’ the books so many productions are based on. But that breakdown dropped me into a world of silence. 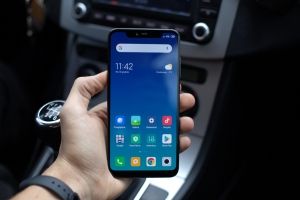 It was a gradual descent. First the audio connection became intermittent.
I struggled along, listening to every second word and managing to make every other call. Then the volume stopped working. Then the pause button. Soon I was listening to everything I could hear at full volume with no ability to rest. Eventually I chose silence. Incredibly uncomfortable silence. I was finally alone with me, sometimes for as long as 10 or even 20 minutes.

I didn’t discover some internal nirvana. I began to panic. My tasks were piling up in some unseen wasteland of missed opportunity, teetering on the edge of reality, threatening to crush me should I ever manage to gain access to them again. This was not FOMO. is was Fear Of Falling Behind. But let’s face it, no one is going to make an acronym out of FOFB. Yet, it has become one of the defining characteristics of the connected life.

So much of our lives is organised around getting as much done as possible, as quickly as possible. In Amusing Ourselves to Death, Neil Postman compared George Orwell with Aldous Huxley.

Orwell had written the terrifying 1984, which illustrated the dangers of an authoritarian culture. Huxley, however, wrote Brave New World, where there was no need for a Big Brother to deprive you of your freedom.

What Postman identified was the danger of passivity. However, there are two paths to the trivial culture. We are discovering the danger of activity. We are reading our books – while we run. We are watching our thoughtful dramas, inspirational films and thrilling events – on treadmills, the train, while we eat.

We’re digesting other worldviews – certainly! – we are bingeing on them. We don’t watch TV, we stream it. We have made a virtue out of speed. Faster is synonymous with better. ‘Slow’ is a swear word. Today, when a greyer head says, “Slow and steady wins the race,” we just smile knowingly.

But of course, we couldn’t slow down, even if we wanted to. Time is a precious commodity and there’s so much to fit in. We have to-do lists to tick off , emails to answer, threads to read, comments to post. We rarely stop talking; we never stop listening.

When the stereo broke, I discovered I’d forgotten what to do with silence. It made me wonder what I’d lost in the rush to stay ‘up to date’. So, instead of proposing TV shows to gorge on these holidays, let me suggest four alternatives. None require a charger or a Wi-Fi connection. They’ll also help you see where the needle is sitting on your personal speedometer. 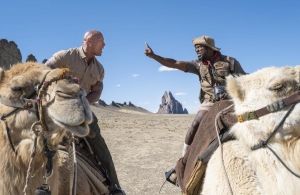 Take a lead from the movie Jumanji and play a real game.

Take a lead from Jumanji. Play a non-electronic game – with someone else. A couple of years ago my family started buying the ‘holiday game’. My youngest son’s favourite is Exploding Kittens. That card game has generated more shared laughter than all the TV I’ve watched with my boys in a year. Unplugged games require you to create space for another person. You have to merge schedules, talk in real time, exchange and interact. In fact, the best games often result in you doing more of those things than the games themselves.

2. Talk to an older person

In a world where now and the future are most significant, the past is often ignored. Talking to someone older, though, has significant benefits. Firstly, if you really listen to someone from the Kominsky Method’s generation, it’s like a history podcast about a whole new world – with more ability to investigate than any technology can provide. It also takes the emphasis off you – what you’ve done, experienced, learnt – and puts it on someone else. It values their life, beginning with the fact they’ve seen much more of it than you. Finally, it’s often time-consuming, but it’s also time-redeeming. There’s no easier gift, or more significant way of showing love.

Step 1: Walk out your door.
Step 2: Resist the need to set a direction. Step 3: Take turns at random.
Step 4: Walk until you’ve lost that feeling you’re ‘going for a walk’.
Going for a walk can be exercise. Going for a walk can be an opportunity to talk. To check out the neighbourhood or that street of shops or restaurants you’ve never really paid close attention to. These are all good. However, only walking nowhere can set your mind as free as your body.

It’s that simple. Instead of reacting to everything around you, just be on your own for a while. You’ll soon discover it’s not as easy as it sounds; there are reasons we use screens to distract ourselves. There are questions we tell ourselves that we’ll get around to, but always seem too busy for. Let them rise to the surface. “Where is my life taking me?” “Am I happy?” “If not, why not?”

There’s a line in the Bible that is possibly the most misused in all of that best-selling book. It’s the Creator speaking to his creation: “Be still and know that I am God.” It sounds like God saying, “Just let it go. Don’t worry. I’ve got this.”

It’s actually a message to a world that’s lost all perspective. God’s “Be still!” is a big, red stop sign. It’s directed at people who need to sit down, and realise who they should really be listening to: “Come and see what the Lord has done, the desolations he has brought on the earth. He makes wars cease to the ends of the earth. He breaks the bow and shatters the spear; he burns the shields with fire. He says, ‘Be still, and know that I am God; I will be exalted among the nations, I will be exalted in the earth’” (Psalm 46:8-10).