You are here: Home › Features › Roma Gets Game And Rolls Dice On Local Mission Delivery

Roma gets game and rolls dice on local mission delivery 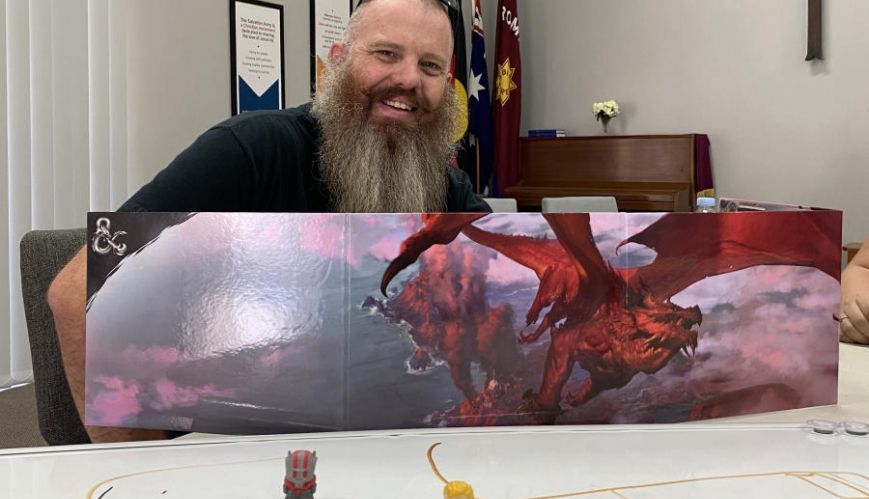 Roma gets game and rolls dice on local mission delivery

It’s not always fun and games in church life but that’s part of the experience at Roma Corps in far south-west Queensland.

Daniel Wells, a social worker in the bustling rural town about 480km west of Brisbane, does not play his cards close to his chest when talking about the initiative – he’s happy to declare his hand.

Daniel, a self-confessed gaming addict, said the retro-style games program was designed to help other addicts break the cycle of gaming in the digital and virtual world with a mix of semi-traditional and modern board and card games.

Some of the games involve drawing the game ‘board’ on a whiteboard laid on the table in front of the players with Ooshies [collectible figurines] used as playing pieces. 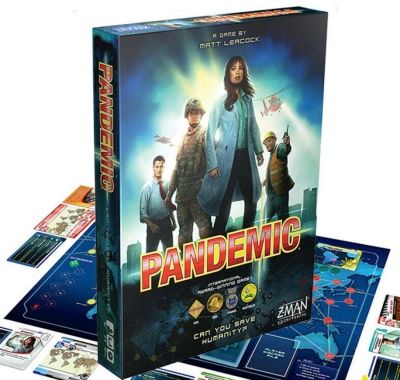 Ironically, the most popular game among the group is Z-man Games’, Matt Leacock-designed Pandemic, which was not brought out because of COVID-19 but first hit the shelves in 2008.

Daniel said he was the inaugural president of the Maranoa Gaming Community (MGC), which was an incorporated organisation. He said the reason behind the MGC, which was formalised at the beginning of this year, was building community through gaming.

“Most of us have trouble with gaming addiction – playing the X-Box, PlayStation, whatever – and we see how harmful it is to the person, to families and, ultimately, to the players,” Daniel said.

“The idea was that we could use this to help get them out from behind the screen and build social networks. We know that the more social networks you have, the more you are involved with other people; the more likely you are to talk about what’s happening in your life and the struggles. Out in these parts suicide is quite a big thing.”

The group originally began meeting in a council facility but soon outgrew it so Daniel said he spoke with Roma Corps Officers Majors Paul and Kathleen Morrice, who agreed to allow them to use the corps hall.

“Initially, we were only doing every couple of weeks but, slowly, we’ve got bigger and demand has got higher. We’ve gone out to just about every week,” Daniel said. “I see a lot of potential for this venue and see where it’s somewhere safe to be. That’s really important. I work with a lot of clients who feel like they don’t have anywhere safe.”

Daniel said some members had begun attending the Hope @ Espresso community cafe at the corps on Tuesdays – “somewhere safe to be during the week where they can come and just hang out”.

The group is made up of mostly “in town” gamers and not out-lying properties: “We’ve got a huge range of people from around town,” Daniel said, listing a variety of people including tradies, business managers, support workers, counsellors, retail assistants and “one guy who helps run the local youth group”.

As for Pandemic, Daniel said it was the most popular game within the group at the moment. “Yes, that’s literally why the guy bought it because COVID-19 was so prevalent in people’s psyche. Four of you work as a team to try to beat the piece of cardboard ... the board. The win rate is about 50 per cent. The cardboard beats us.

“It came out a few years ago, but it really came on our radar around about the time COVID was sort of hitting so when we started being able to come back together, a couple of us who have a darker sense humour went: ‘You gotta get that’.

Most of the people attending the gaming nights have not grown up through the board game era. It is “an absolutely brand new experience”.

Paul said Daniel was always looking for ways to be able to support vulnerable people in the community and he has found an ally in that mission in Roma Corps. “We believe that the opportunities that will arise from this collaborative relationship with someone who has a passion for service and a heart for his community, will enhance our mission and vision for our community,” Paul said.

Daniel said Paul and Kaylene regularly dropped in to “actively encourage the group”.

“I’m encouraging [group members] that, if they’re going through hard times, this is a safe place and Paul and Kaylene are here for them to chat to if they need a set of ears,” Daniel said.

“For me, it’s all about community and building our community. I’ve seen what happens when people don’t feel like they’re part of something; like they feel isolated, and we encourage them to go to church or encourage them to come to our gaming group where they can start exploring from there, once they’ve got their foot in the door, we can sort of help them to explore other options and other ideas and, if that includes God, then cool.”