You are here: Home › Features › Taking A Stand 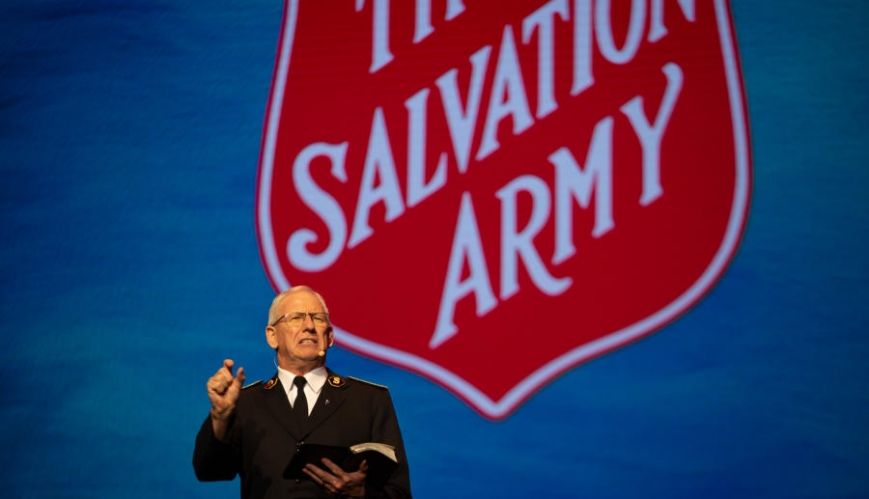 This series explores each of the Salvation Army International Positional Statements

In early 2008, then world leader of The Salvation Army, General Shaw Clifton, established the International Moral and Social Issues Council (IMASIC), as part of the International Social Justice Commission. IMASIC exists to advise the General (currently Brian Peddle, above) on issues of personal, organisational, social and international morality and ethics on which the Army may have a responsibility to express an opinion.

Members of IMASIC are appointed by the Chief of the Staff (currently Commissioner Lyndon Buckingham) and membership regularly rotates. The group meets twice a year. The main output has been 15 International Positional Statements (IPSs), with more in the process of development. All approved IPSs can be downloaded from salvationarmy.org/ihq/ positionalstatements.

THE USE OF POWER – EXERCISING WISDOM

The need for a Salvation Army statement on the use of power emerged from the International Theology and Ethics Symposium held in 2001. Work on an IPS commenced soon after the establishment of IMASIC in 2008 and its release in January 2011 was a significant moment. Up to then, positional state-ments tended to address social issues impacting wider society, such as suicide prevention, abortion and human trafficking. By taking a stand on the use of power, IMASIC was addressing issues much closer to home. The IPS on The Use of Power is a statement with implications for every aspect of Salvation Army life.

All of us have experienced abuse of power at some time in our lives. Power is defined in the IPS as “the possession of command, control, or influence over others”. The statement teaches that power is, in itself, not good or bad. The way power is used determines its character. Power can influence us – positively or negatively – in our homes, in our life as part of the Body of Christ and in the way we engage in the world around us.

Professor N.T. Wright, writer and bishop in the Church of England, identifies links between the abuse of power and the effect of evil, rebellion and sin. He writes that evil consists “not in being created but in the rebellious idolatry by which humans worship and honour elements of the natural world rather than the God who made them ... they ignore the creator and try to worship something less demanding, something that will give them a short- term fix of power or pleasure”.

The IPS explains, “Although the presence and importance of power is frequently denied, ignored or minimised, all individuals, institutions, businesses and nations have power. It is a means by which they achieve some of the world’s most positive goods and some of the world’s most horrifying evils. Consequently, an informed understanding of the proper use and potential for abuse of power is essential.”

Every IPS includes biblical principles to ensure The Salvation Army takes a stand firmly grounded on Scripture. The ‘Grounds for the Position’ section includes, for example, these principles:

• To fail to use the power one is given may itself be wrong, for abandonment risks exposing to harm and exploitation those for whom one is responsible (Ezekiel 34:8; Matthew 9:36).

Every IPS includes a number of practical responses. To take a stand we need to be clear about what actions we will take. For example, one practical response states, “The Salvation Army is pledged to use its own power wisely and well in relation to all who receive its services, who belong to it, who work for it or who collaborate in its mission.”

THE USE OF POWER – STATEMENT OF POSITION

This series of articles was first published in The Officer magazine.