You are here: Home › Features › Taking Back What Was Stolen

Taking back what was stolen 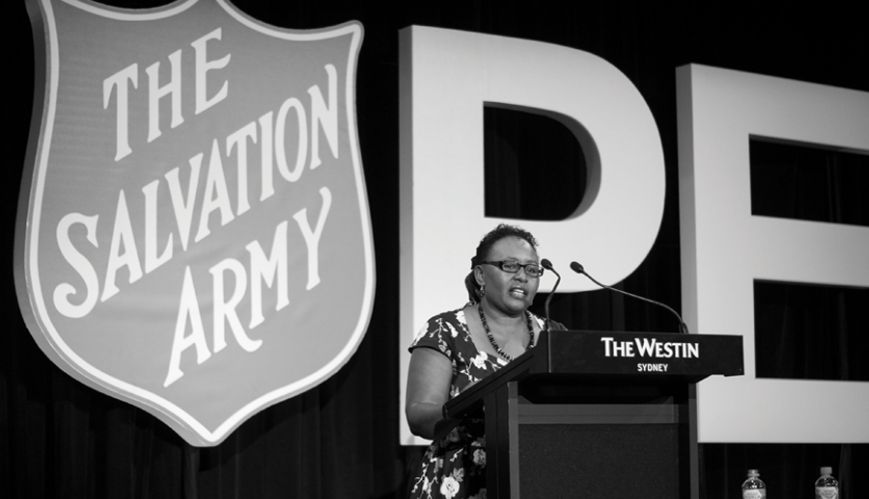 Taking back what was stolen

Imagine, after working a long 12-hour shift, you arrive home expecting to enjoy a hot shower and comfortable bed. Instead, you are told you can no longer access these everyday comforts. Susan knows too well what it is like to be denied these basic human rights.

In 2009, Susan left behind her three children in East Africa to take up a new employment opportunity as a domestic worker in Australia. Susan’s employer, a family she had previously worked for and trusted, made her travel arrangements and promised her paid wages at the end of each month. Upon arrival in Australia, Susan’s employer seized her passport. Those promised wages never came. And, to top it off, she found herself sleeping under her employer’s kitchen table with their three dogs. “In my employer’s house I was not a domestic worker but summoned into slavery,” she says.

Susan’s movements were monitored. She wasn’t allowed outside and could not make overseas calls to her family. Every day she worked from early morning to midnight cleaning, cooking, and taking care of her employer’s children and their dogs while being denied the basic needs of food and a shower. “Being locked up in the house whilst everyone else was away, I didn’t know where I was, so when I tried to leave I didn’t know where to go or how I could get help ... I lost the future – the hope for the future. I was left with no choice but to submit under the authority of my employer.”

Susan’s breaking point came when her employer refused to give back her passport. She decided she’d had enough. Susan gathered her courage and escaped through a back door that had been accidentally left open. She fled across the street and sought refuge at the house of a neighbour, who contacted the police. While waiting for the police, a friend of her employer’s attempted to bring Susan back to the house, physically assaulting her in the process.

Four hours later, at midnight, the police arrived. The Salvation Army was called and Susan was taken to the Army’s Trafficking and Slavery House. Traumatised and broken, for the first time Susan was given a glimpse of hope. She was offered a place to sleep, financial assistance, access to medical care, legal advice, and study and employment opportunities. “I had nothing – no money, nowhere to live. I did not know my rights or how to stay in Australia. I needed medical care and so many other things. The Salvation Army provided me with the chance to renew my life and God is helping me,” she says.

After being separated from her children for four years, Salvos Legal and The Salvation Army’s Freedom Partnership worked together to reunite Susan with her children in Australia. And, on Australia Day this year, Susan became an Australian citizen. “I have taken back what was stolen from me,” she says.

Susan’s story is not uncommon. The 2016 Global Slavery Index states there are an estimated 4300 people living in modern slavery in Australia. Modern slavery can take many forms including harbouring, deceptive recruiting, debt bondage, forced marriage, forced labour, trafficking and servitude.

Susan is now an advocate for freedom. In early April, Susan bravely stood before more than 600 attendees at The Salvation Army’s Red Shield Appeal launch at the Westin Hotel in Sydney and shared her heart-breaking story, before encouraging those in the room to give generously to the appeal. “You can give a new hope,” she told the audience. “Your support will ensure that The Salvation Army can continue its commitment to protecting the most basic of human rights – the right to be free.”

To assist victims of modern slavery like Susan, go to endslavery.salvos.org.au for further information.