You are here: Home › Features › Taking Prisoners Beyond The Wire

Taking prisoners beyond the wire 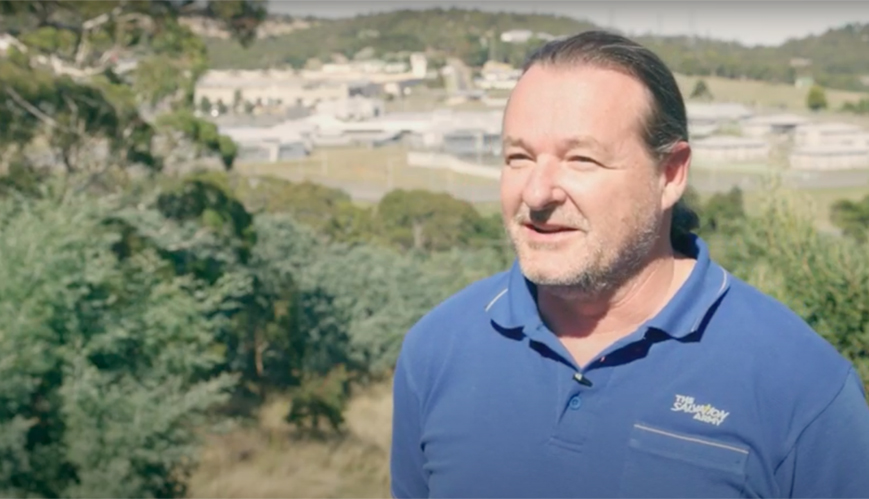 Taking prisoners beyond the wire

A prison sentence can put a lock and key over a person’s future. And for many of the inmates held in Tasmanian jails who have completed their sentence, reintegration is nearly impossible without a home address. 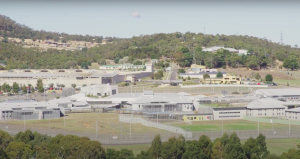 The Salvation Army supports multiple inmates entering and exiting Hobart’s Risdon Prison so they can reintegrate into society with less chance of recidivism.

That’s where The Salvation Army’s Beyond The Wire Rapid Rehousing Reintegration Program gives people hope. Based in Hobart through The Salvation Army’s Accommodation and Homelessness Services, Team Leader Don McCrae, Ian Wilkinson and Michael Parkinson work with up to 48 inmates every year as they transition into the prison system, finish their sentence, and reintegrate into society.

“I don’t need to know their crime or sentencing at the start, I just need to know them – their interests, what they have achieved, and what they want to achieve – to talk to them as one would with their mates,” said Michael, who has worked with the program since its inception a decade ago.

The ultimate goal of the program is to break the cycle and keep inmates from reoffending (recidivism) – giving them hope and a future. Currently, 47 per cent of Tasmania’s prisoners return to jail within two years of release. And of the 750 inmates who are released every year, 54 per cent are homeless and 78 per cent are unemployed, a cycle that highlights the importance of the program.

Funding for reintegration and housing after prison has been ‘touch and go’ for social services in Tasmania over the past decade. But under the leadership of Don McCrae, The Salvation Army’s work has taken multiple forms.

The program began in pilot form in 2009 as the Parolees’ Transitional Accommodation Project (PTAP) and the Transitional Support Model for ex-Prisoners (TSMP), headed by Don.

Implemented in response to the 65 per cent recidivism rate of former prisoners who were released into homeless shelters, the Salvos worked closely with reoffenders and those with a prison sentence of 10 or more years. This resulted in recidivism rates dropping from 65 per cent to three per cent after three years. The program was then made official, named the Reintegration of Ex-Offenders (REO) program in July 2011.

The highly successful REO program ran for three years, and the state government initially provided funding to rehouse inmates and do extensive casework with individuals. It resulted in a 93.5 per cent success rate.

When funding was cut in 2015 and the Housing Connect Model was implemented across the state, REO ceased to exist. But as recidivism rates skyrocketed again across Tasmania (by 39 per cent), Don and his team lobbied again, and in 2017 the Beyond The Wire Rapid Prisoner Rehousing Reintegration Program was formed.

“Beyond The Wire is a similar program, but it’s also targeted at parolees, as you can’t get granted parole without an address and assured housing. We have too many people every year sitting in jail well after their eligible release date waiting for an address [and] waiting to be released,” said Michael.

Michael and the team are currently restricted to working with 12 transition properties across the state due to the Tasmanian housing crisis, and when Michael isn’t spending time with clients he is chasing up new housing for potential candidates who remain behind bars. This is a challenge considering house vacancies are down across the state resulting in a steep increase in rental prices.

“Housing seems to be the biggest issue here [in Tasmania]. And it’s very hard to focus on more complex issues that need to be resolved without a fixed address,” he said. 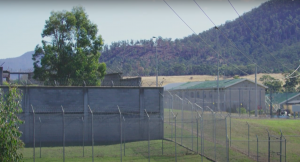 The original version of the Rapid Rehousing Reintegration Program saw the Salvos work closely with offenders who had spent more than 10 years in jail or were chronic reoffenders.

Aside from addressing the major need for housing, Beyond The Wire takes a holistic approach to case management, helping inmates with employment, recreation and education. Prior to COVID-19, this was more hands-on, allowing them to visit prisoners or those on parole and tangibly connect them with alcohol and drug services, legal representation and financial counselling. But with prisons going into extreme lockdown due to the pandemic, they now work with clients over the phone.

“I’m trying to build rapport, and it’s very hard because they have been let down by the system over so many years. They’re not going to trust us straight away – it can take some months,” said Michael.

Many inmates have grown up in social services and have been a part of the foster system or child protection, resulting in their cycle of recidivism. That’s why it’s essential that Michael is able to see the humanity in each of his clients, irrespective of the crimes they have committed. “The best part is to set realistic goals, whether that is ‘I want to learn how to use a computer, catch a bus, or kick a football’,” said Michael. “We start with small steps and want to see it through so they can actually have an achievement and be proud of themselves. There lies the motivation for the next thing.”

Between COVID and the housing situation in Tasmania, hope is harder to come by for prisoners. That’s why Michael and the team remain brutally honest with each client, promising them hope by ticking one goal at a time.

“I know it sounds silly, but I teach someone they can get a bus, and they believe they can get a university degree,” said Michael. “We need to work with the resources we’ve got and set up realistic time frames. I remind them that I may have worked with 50 people in the last 12 months and more than half are living healthy lives in the community now – it is achievable.”

The least of these

In its purest form, the program turns a punitive justice system on its head. The team offers inmates the opportunity for grace and redemption once justice has been served, living out the prophecy of Isaiah that Christ used to announce the start of his ministry: “He has sent me to bind up the brokenhearted, to proclaim freedom for the captives and release from darkness for the prisoners” (Isaiah 61:1).

That is hope that breaks shackles and sets prisoners free – and it starts by seeing people as people. “Why should people go back to jail? If people have opportunity and a belief in themselves, it's simply not necessary” said Michael. “People are just people.”