You are here: Home › Features › The Army S Toy Story 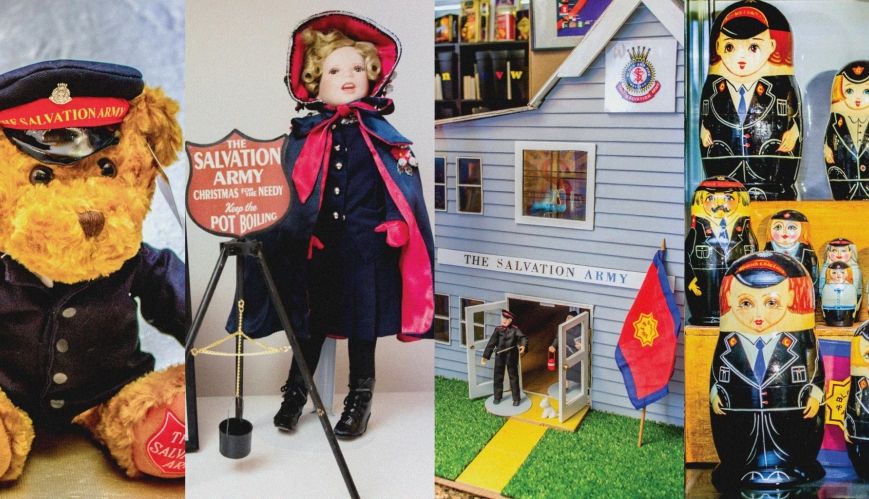 By Belinda Youssef and Garth Hentzschel

The Salvation Army took the world by storm when it arrived on the scene in the late 1800s, bringing with it an array of unique symbols and tools to advance its mission.

The Army’s founder, General William Booth, introduced brass bands, uniforms, flags and a military style language, which all appealed to the masses and facilitated the rapid advancement of the movement. 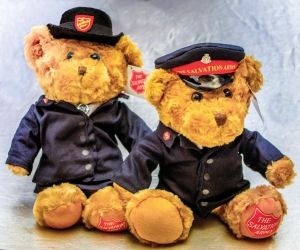 There was one facet of General Booth’s ministry, however, which has largely gone unnoticed – toys.

General Booth understood the importance of toys to train children for “spiritual warfare”, as he put it, and for their development as junior soldiers for Christ.

Toys in the Booth household were used by the children to practise preaching, practise pastoral care, and re-enact Bible stories such as Noah’s Ark.

The Booth children also used broken toy animals to apparently re-enact the Judaic Law of sacrifice and the toys were burnt to ashes!

So important were toys to teaching in those early days that Primary Meetings (junior Sunday school) used them in sand trays to re-enact Scripture. There are also a number of stories found in Army history of Salvationists using toys to help children.

One involved Evangeline Booth who created a doll hospital, repairing toys and, in turn, the hearts of poor children. General Booth also wrote a number of letters to Salvationists imploring them to “evaluate” their child’s toys and how each could be used for the advancement of the Kingdom.

The Founder’s early example carried on through the years with toys relating to the Army slowly fitting into two categories: imitating culture and tools for learning.

The toy-making “industry” has been narrowed down to three different groups: professional toy makers, toys made by Salvation Army departments, and contributions by individual Salvationists.

Everything from dolls to teddy bears, planes and trains, model replicas of the Army in action, have become collectors’ items around the world. 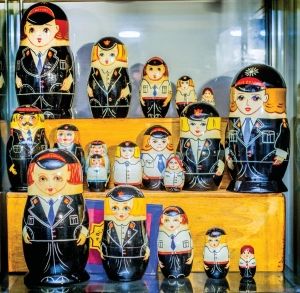 One of the largest collections of such memorabilia is in the home of Garth Hentzschel in Brisbane. Garth is the president of The Salvation Army Historical Society, Brisbane Chapter.

He is also an educator and a PhD candidate in Salvation Army history. He has devoted a room in his house to Salvation Army memorabilia, including a large collection of toys.

“Professional toy makers have released many different types of toys over the years,” Garth says. “In honour of the work of William Booth, a train engine carried his name and the crest of the Army. This was later reproduced as a model toy train. Numerous metal toy soldiers have also been made in the form of brass band sets in full Salvation Army uniform.

“As with professional toy makers, the Army has also produced toy soldiers as bandpersons, yet there have been representations of other ministries – Doughgirls of World War One, William and Catherine Booth preaching, soup kitchens, Christmas carollers and collectors, War Cry sellers, 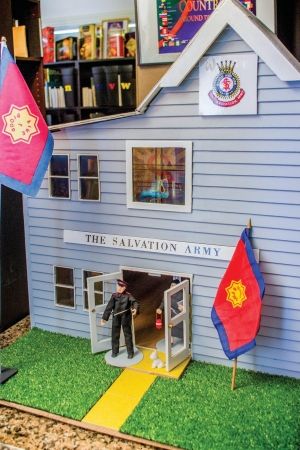 and songster brigades. Plush toys and teddy bears have also been used to teach children about Salvationist concepts. There has been a large selection of toy dolls representing work of theArmy.”

The toy concept to promote work of The Salvation Army has developed in the modern era to include characters like Australia’s Agents of Truth, which were created by Rod Allen at territorial headquarters in Sydney.

These characters, from their life-size mascot suits, to their representation as dolls, to their use in print and digital media, have had a huge impact on children in communities around Australia as a means to spread the Gospel.

“Although it is fun to play with the toys, toys hold deeper meanings for both the development of children and the Army,” says Belinda Youssef, an educator and expert in toy bear development and social impact.

“Such toys have helped with the socialisation and spiritual development of Salvationist children throughout its history. They have placed to the forefront of the child’s mind the ‘product’ of the Army through the use of its symbols and ministries.”

Some information for this article was taken from a paper written by Belinda Youssef, with the assistance of Garth Hentzschel, entitled “An overview and history of toys relating to The Salvation Army”, The Australasian Journal of Salvation Army History, Vol. 3, Iss. 1, 2018, pages 21–44.