You are here: Home › Features › The Ripple Effect Many Christians, of all ages and from all walks of life, either have a mentor or are a mentor themselves. Many are both a mentor and a mentee (someone who is mentored). All of these people say that being in a supportive, empowering and growth-focused relationship, as well as providing that to others, adds a dynamic dimension to their walk with Jesus, as well as their life and ministry.

Mentoring in a Christian context is all about walking alongside another person; being there for them through life’s challenges and working with them to support, encourage and help them grow. Depending on the agreed purpose of the relationship, mentoring is also about discipling a person; helping them discover and reach their full potential in Christ; developing a deeply trusting, transparent and authentic relationship; and is intentional, thought-provoking, motivating, focused, non-judgmental and ongoing.

In a Pipeline feature, Lieutenant Nicola Poore, who has a passion for mentoring and is both a mentor and mentee, considers what a huge responsibility there is in mentoring and how, given the power of the mentoring relationship, the wrong person as a mentor can do significant damage in a person’s life. She also reflects on the power of the Spirit that can be unleashed in a person’s life when a mentor gives the glory of the relationship to God. We also hear from a number of people who have been involved in long-term mentoring relationships. In The Salvation Army Australia Eastern Territory, the only formal mentoring program is Big Buds, which is designed for children. There are, however, many corps and individuals who are active in mentoring across all age groups, particularly youth and young adults. The Salvation Army has also published a mentoring guide, which is available online.

Honesty is a key to the mentoring relationship. The Bible says, in Proverbs 27:6, that a true friend (and we can include mentors here) is willing to be honest to the point of risking hurting a friend in order for them to grow and develop. A mentoring relationship is a safe place for this to happen. Finding the right mentor and developing a deep and trusting relationship, where anything can be discussed safely, can take time and effort. As you will read in the comments below from those in The Salvation Army active in mentoring and being mentored, making the effort to find and be a good mentor is well worth the commitment. As Proverbs 27:17 says, having someone to help you keep motivated, accountable and focused is a powerful way to grow.

Mentoring relationships won’t solve all our problems, but they have the potential to help us through some tough times, big decisions, ongoing life issues and, most importantly, in growing our personal relationship with God. 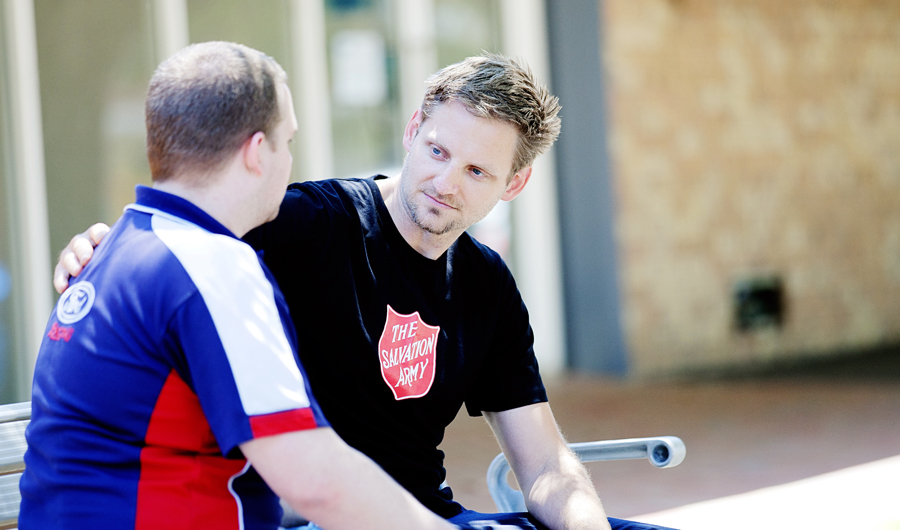 A matter of trust

The benefits of being involved in a mentoring relationship are obvious, aren’t they? Wise counsel, a trusted listener, a godly perspective, one-on-one investment, a role model – just to name a few. Can anyone be a mentor? I suppose so. Should anyone be a mentor? No, certainly not. Let me explain why. While the benefits of mentoring are self-evident, the dangers involved are far more subtle, but of extreme importance.

A mentoring relationship is not the same as a friendship. Of course, there are some similarities, but the striking and oft-ignored difference is that a mentoring relationship involves a power differential. Whereas friendship exists between equals, the entire premise of mentoring inevitably results in a power imbalance between the mentor and the mentee (the person being mentored). And that’s not a bad thing. In fact, it makes perfect sense.

When I asked a woman whom I deeply admired to be my mentor, I was essentially asking to learn from her. In a sense (though I would never consciously use this language), I was inviting my mentor to have “power” over me. Again, this is not a bad thing. Power is not innately bad.

What kind of power would my mentor have over me? Well, as much power as I was willing to give to her. The power to offer guidance and direction about challenging personal situations. The power of knowing me deeply – even some of my greatest vulnerabilities and weaknesses. The power to speak the truth in love – even when it was painful.

That’s some power. That’s what makes mentoring dangerous. The words of a mentor will usually carry more weight than the words of a peer. A mentor’s opinion might matter more. A mentor’s correction might hurt more. And if our mentor is a particularly godly person, we might consider our mentor’s point of view to be the irrefutable voice of God.

Scary, isn’t it? And that’s why not everyone should be a mentor. 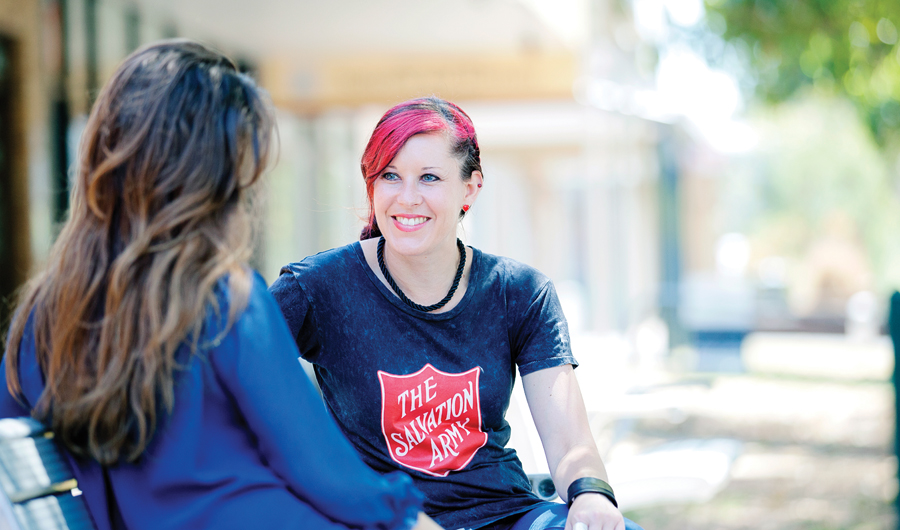 Four people share their experiences of a mentoring relationship:

“My grandmother-in-law used to say that life is too short to make all the mistakes yourself. In that context, I find mentoring to be an incredibly constructive part of my life – both in receiving mentoring, and taking on the role of mentor in other people’s lives. It is so powerful and lifenourishing to meet with other people in an environment of shared learning to encourage, nurture, inspire and train. Founded in trust and mutual regard, God uses these kinds of relationships to lovingly speak into our ‘blind spots’ – the awkward places in our behaviour and attitudes that elude our scrutiny and become hindrances in growth. I am so grateful for the elders who have graciously given their time and insight to speak into my life, and count it a privilege to be invited to speak into others in this way.”

“Having been mentored throughout my ministry and now mentoring others, the greatest benefit for me has been to fulfil Christ’s mandate to be his disciple, and disciple others. My personal mission statement has been formed out of Ephesians 4:11-1, where “preparing God’s people for works of service” is a fundamental leadership task in the Church. As I journey alongside another as their mentor, I sense I am keeping in step with the Holy Spirit. He guides and accompanies me as I guide and accompany my brother/sister. I have grown in breadth and depth of faith, hope and love as I have participated in mentoring. It is one of the most fulfilling aspects of my ministry.”

“For the past 16 years I have been mentored and it has been an indispensable part of my ministry and discipleship journey. The key thoughts, impressions and questions asked have helped me grow, and gain fresh insights, into many situations and challenges. I believe this relationship has helped me continue to go the distance in ministry and avoid many pitfalls. Through such a long relationship, my mentor has come to know me personally and is able to ask hard questions. At the end of each session I come away with some small steps to put in place. When we connect again the next month, we check in to see how I’ve followed through on those points. Such accountability ensures I keep a growth mentality. I also feel spurred on by the prayers and encouragement of my mentor.”

“Just like a rock creates a ripple effect of circles in the water, a mentoring relationship creates a ripple effect from the mentor’s life into the lives of others. My greatest excitement as a mentor has been when I have witnessed the one being mentored becoming a mentor, and then their mentee, mentoring someone else. I have felt so privileged to mentor numerous girls over the past 15 years. It is an absolute honour to journey so intimately with someone. It is vital to always endeavour to show grace, to provide a listening ear, encouraging words and accountability. Although as a teenager I didn’t have an opportunity to be intentionally mentored, I have appreciated as an adult, being mentored myself. I believe the mentoring relationship provides a unique and special opportunity for spiritual growth. This is a ripple effect worth making.”