You are here: Home › Features › The Salvation Army In The Middle East Region

The Salvation Army in the Middle East Region 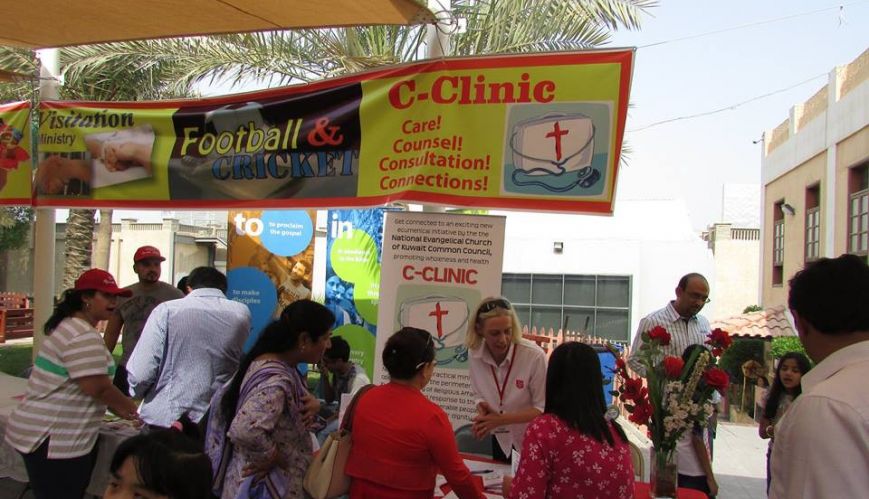 The Salvation Army in the Middle East Region

The “C” Clinic in Kuwait, run by The Salvation Army is a new initiative that responds to the health needs of vulnerable people.

The Salvation Army in the Middle East began with meetings held by expatriate Salvationists from South Asia who had moved to the Gulf Coast countries for employment. After years of independent effort by local leaders, requests for official recognition were sent to International Headquarters.

In August 2008, General Shaw Clifton appointed the first officers to Kuwait. Expansion has continued over ensuing years into the neighbouring countries of the United Arab Emirates (UAE), Bahrain and Oman.

The Middle East officially became a region of The Salvation Army on 1  April 2011. For many Salvationists living in Gulf countries, with restrictions on freedom of religion, meeting to pray and share is difficult and challenging. However, a new Army fellowship commenced in December 2016 in one such country and is progressing well.

In countries with relative freedom, programs such as Bible studies, prayer meetings, outreach events and social care services have taken place. Regional officers have prepared and distributed new resources to aid in these worship meetings. 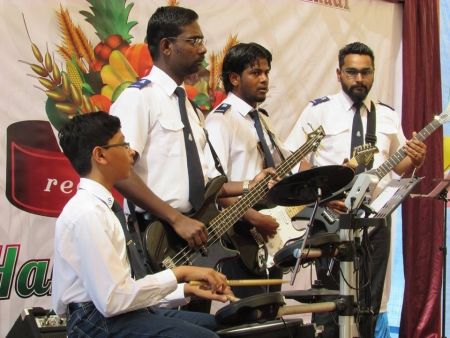 Greater ownership has led to the youth inviting others to attend and to a blog being set up to assist with community sharing and devotional resources.

Social care work continues to support domestic workers in distress with refuge facilities, training and repatriation. It also supports outreach programs and gives assistance to families and individuals in difficulty.

Advocacy work with government ministries, deportation centres and detention centres continues to take place. Prisons are visited on a weekly basis. Majors Heather and Stewart Grinsted are the Regional Officers in the Middle East Region.

They describe the panoramic picture of The Middle East as “lands full of sand, oil (at present), beauty and silence, the ancient and the modern, the spiritual and the secular, historic hostilities and contemporary conflict, indigenous and expatriate people, riches and poverty, integrity and injustice, challenges and possibilities.” According to the Grinsteds, The Salvation Army, along with other churches, is being challenged to offer a spiritual home for a majority of transient people and, at the same time, for some who are more permanent. (pictured right, worship celebrations in Oman)

“What can we offer to the wider community?” they ask. “How do we engage with people from numerous different countries and cultures, many who come out of their comfort zones into the desert places?”

There are also challenges to cross religious boundaries and build friendships with Muslim neighbours, employers, landlords and officials.

“Although it is forbidden by law to proselytise, we try to take every opportunity to present ourselves in a Christ-like way, to have meaningful conversations and to be salt and light,” the Grinsteds said.

“There are many expatriate Salvationists from around the world working in the Middle East in Kuwait, Bahrain, UAE, Oman, Qatar and Saudi Arabia. Fellow- ships have sprung up under local officer leadership and grown as more people move here and as The Salvation Army becomes known to be here. The Salvation Army is alive and active and soldiers and members will continue to need pastoral care and leadership.”

As part of the region’s social programs,  a safe place for women caught up in human trafficking offers them care while their legal cases are being resolved, and they are eventually repatriated.

“While in The Salvation Army’s care, the women come very much under the influence of the Gospel through daily prayers, a weekly worship service and the pastoral work of staff who are all members of The Salvation Army,” Major Heather said.

“The women’s basic needs are met and we have created a schedule of programs, with the support of volunteers, to equip and enhance their basic skills.”

The “C” Clinic in Kuwait is a new initiative that responds to the health needs of vulnerable people. It offers the “4 Cs” – care to aid people in need; counsel for holistic, healthy living; consultation on medical issues; and connections to medical facilities for appropriate care.

The Salvation Army visits their “camps” – high-rise blocks of flats – to offer pastoral and practical support. This includes Bibles in their own languages, basic food parcels, hygiene and medical supplies. 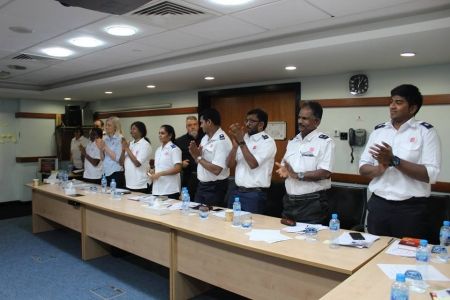 The region received funding this year for a training weekend (pictured right) for local lay leaders across the region which encouraged and equipped them to be more effective in the congregations and communities they serve.

There was also a three-day celebration in Oman, under the leadership of Regional Leaders and Majors Anne and John Read from the United Kingdom, as part of the Whole World Mobilising initiative.

The small band that operates in Kuwait in worship and in witness, where possible, in embassies and bazaars, benefited from a three-day camp under the leadership of a retired music teacher from the UK.

In an upcoming weekend, a number of young adult Salvationists working in the Middle East will have the opportunity to reflect on what God is saying to them through a mixture of worship, prayer, Bible study, small group discussion, and personal reflection.

In 2018, The Middle East Region will celebrate its 10-year anniversary.