The Victoria Division is less than one year old. It came into being on 10 January 2018 with the merger of three divisions – Central, Eastern and Western Victoria.

Sitting within the division, although still a separate entity, is the State Social Command, which gives oversight to the myriad of social programs that operate throughout Victoria.

These programs will be transitioning into a national line management structure; a process that will be completed by 2019.

The changes that have taken place in Victoria this year are part of the Australia Territory’s strategy to adopt the Local Mission Delivery (LMD) model.

The goal has been to live out the above themes while implementing the LMD model, the benefits of which are already being demonstrated. 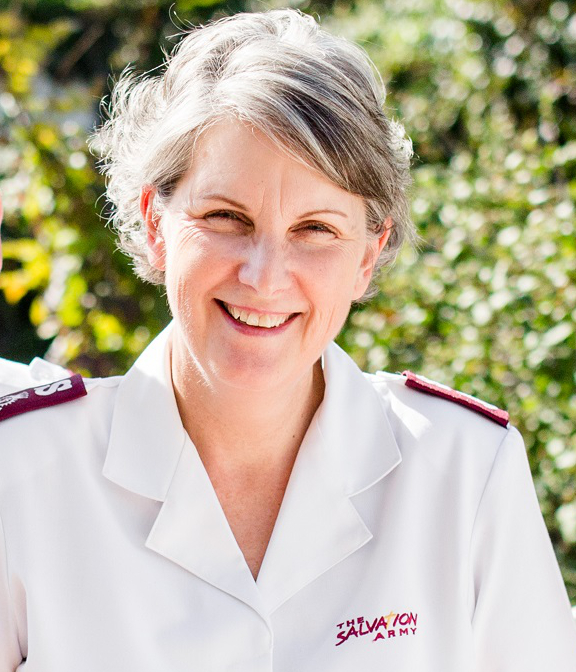 “The challenge for the Victoria Division has been to implement a new way of working while continuing with “business as usual” in our various mission expressions,” said Major Leanne Ruthven, Acting Divisional Commander (pictured right). “It feels like we’re trying to cross the ocean while still building the boat.”

As well as six areas, each with area officers, the division also now has business partners for finance, property and human resources who are line-managed nationally yet have functional reporting lines to the divisional leaders.

“There are new delegated levels of authority for many of our day-to-day functions, and moving from one way of operating to another has been both a great learning opportunity and a challenge,” said Major Ruthven.

The division is already seeing effective collaboration within its Area Leadership Teams as members gain a new appreciation of the depth of resources and programs the Army has in their areas. Examples include:

• Sharing of resources: a corps is providing space at their facilities for a social expression to run one of their many playgroups. Corps members are becoming more aware of the range of programs available through our social expressions and the links being made are helping tackle homelessness and multicultural issues – and even simple things such as loaning band tune books for a funeral.

• At Seymour (North East area), social centre staff have assisted with the corps’ community meal and the corps officer is using the SalvoCare Northern site as a base, offering a pastoral role to staff.

• Salvos Stores: in the North East area a Salvos Stores manager assisted a corps officer with fittings for the corps’ new thrift shop, as well as a truck to transport stock. In Metro West, the possibility of pop-up shops at residential sites has been discussed, with clients being encouraged to volunteer with set-up and take-down of the shops.

• Red Shield Appeal: mission expressions across one area collected together for this year’s appeal. 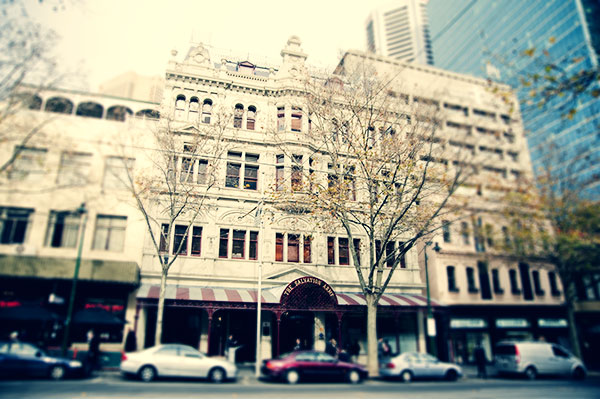 • Melbourne 614 Corps (pictured right) has opened a community hub at its premises in the CBD, which will see police, ambulance and paramedic personnel located onsite, assisting people in need.

• A young man who accessed the Army’s Alcohol and Other Drugs program in Bendigo in May 2018 gave his testimony during a Sunday morning meeting in September. His life of drugs, violence and crime had been a way to escape reality and to deal with past traumas. He attended church for the first time when he came to the Army and says that at first he felt “like I didn’t deserve to be there”. Now, he says, as a result of coming to faith in Jesus, “I feel I have a place in this world, hope for my future, and a belief that I have something to offer others”.

• Salvos Catering, a social enterprise born out of Intercultural Ministries in the Metro West area, has provided catering for a variety of mission expressions both within Metro West and in other areas. This enterprise gives new migrants the opportunity to develop skills and earn income, and is a steadily growing mission.

“We are seeing God at work,” said Major Ruthven. “We are seeing lives transformed. We need patience to continue to implement new ways of doing things, but we are seeing the benefits of working with increased collaboration.

“We believe that the still-young Victoria Division will be a vital, vibrant part of the new Australia Territory.

One of the Bible verses that has been our inspiration is Philippians 3:14: ‘I’ve got my eye on the goal, where God is beckoning us onward to Jesus. I’m off and running, and I’m not turning back’” (The Message).

Although The Salvation Army officially commenced in Victoria on 24 December 1882, as in other colonies, activities relating to the Army are evidenced at earlier dates.

On 17 July 1880, an advertisement appeared in The Age newspaper. It outlined that C. Hoffman was leading The Salvation Army and holding meetings in Little Bourke St West.

It appears that this was not the first meeting. On 19 September, the Army commenced meetings in the Mission Hall in Collingwood. Newspapers also showed that the Army was holding services in Prahran and in Latrobe St.

The Salvation Army in Victoria has had a major impact on the movement internationally. It linked the Army to leading politicians of the federation period of Australia including Prime Ministers Alfred Deakin and John Curtin, who was for a time a soldier at the Brunswick Corps.