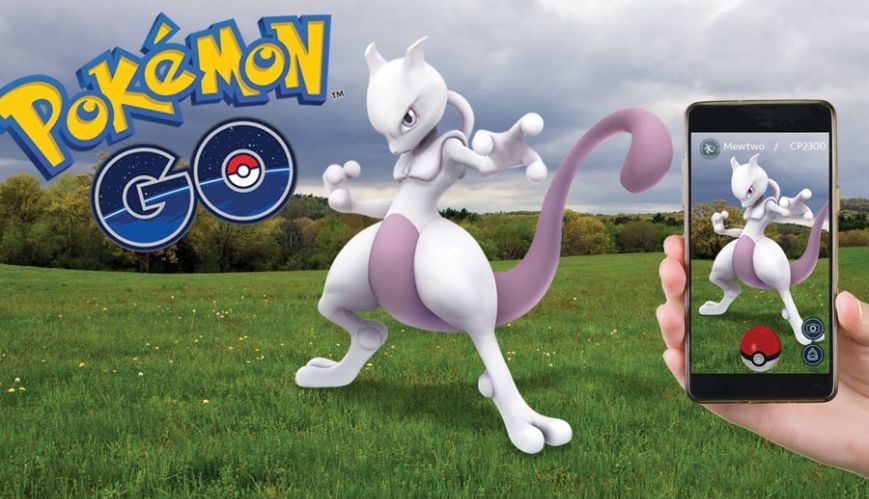 He was a young man in his 20s, arm snugly around his girlfriend’s waist, walking through the park on a fair-weathered Sunday afternoon. It was a scene that could have been repeated in any of a thousand parks that day. And yet there was something strange about the way he was walking. Sure, he was looking at his mobile phone as they wandered along – nothing unusual there – but the way he suddenly changed directed, stopped, and started swiping at the screen madly gave him away. He was another Pokémon Go player in a world that has gone mad for Pikachu and all his creature cousins.

If you’ve recently found yourself on the outside, looking in, then let me provide a quick precis of what’s happening. In July, game developers Niantic released a free-to-play game that utilises the cameras and GPS systems on mobile phones to create an augmented reality. Players can now immerse themselves in one of game-giant Nintendo’s most popular fantasy worlds. Pokémon Go allows players to look through their cameras and search and collect the cute imaginary creatures they see around them. They can evolve their discoveries, trade them with the people they meet, even set them battling in any number of virtual gyms via a system so simple a six-year-old could master it. Not that I’m passing judgment – how could I? I was in the park that day alongside my own sixyear-old, hunting Duodos and Kinglers. The young man and I spotted each other at roughly the same moment, laughed in a friendly way, and returned to the alternate universes we were wandering through. Before long, friends were passing on stories of their own computer-generated interactions. 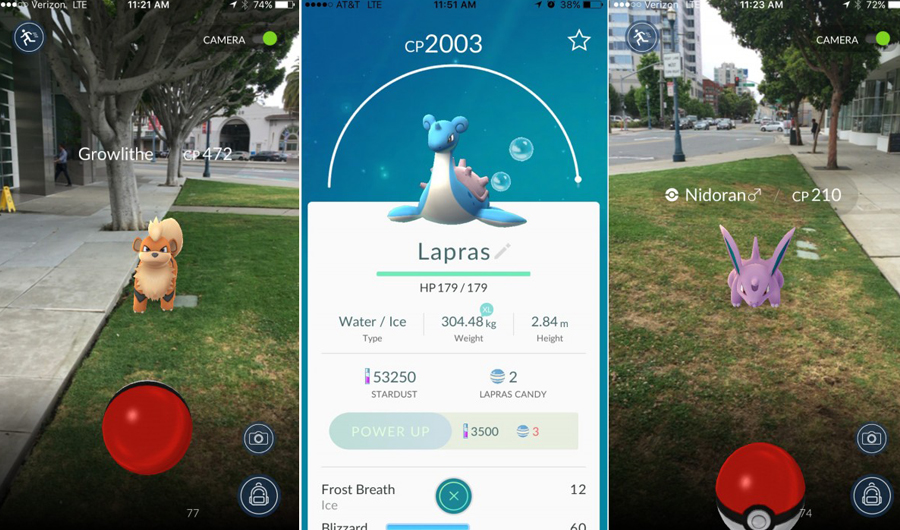 Pokémon hunts between floors in office buildings were connecting city workers more used to mutely passing each other than saying hello. Twenty-something meet-ups were turning into impromptu adventures in once-ignored suburbs. A colleague told me about a friend who just felt the urge to go hunting Pokémon one evening. He wandered into a dark, deadend street, where he found “a bunch of randoms” sitting in cars. A week earlier this might have been a scene of trepidation; this night it ended in new friendships and a conversation that stretched over an hour.

Individually considered, these sorts of incidents don’t sound like much of a technological revolution. However, we forget that the thousand touches we receive every day from social networking programs like Facebook, Instagram and Snapchat began with the relatively unobtrusive arrival of SMS. Pokémon Go is clearly the tip of an electronic iceberg. The App had at least 21 million active users after the first week of release, and it’s only the first of many virtual reality and augmented reality games on the way.

Following Nintendo, Sony has announced that on 13 October it will finally release PlayStation VR, a hi-definition headset with built-in surround sound that will come ready to connect with every PS4 gaming console. Such headsets have been released before – like the rival, PC-based Oculus Rift – but this is so mainstream it’s more likely to resemble the moment Apple convinced us they had invented the Smart Phone. Samsung is also aiming to deepen our experience of augmented realities by teaming with Oculus to release the Gear VR, a headset that works directly with its flagship phones. The future of gaming is immersive and communal. So what concerns, if any, should a Christian have?

For starters, the world-dominating Pokémon Go should have you locking up your credit card. It has the usual in-App purchases that can easily run up a hefty bill. Furthermore, its tendency to have players race off after invisible objects will probably result in more than a few accidents. However, the obsessive nature of gaming is likely to number among the earliest concerns.

The average Pokémon Go player spends 33 minutes a day catching creatures; by comparison, the Facebook App harvests around 28 minutes of a user’s attention. Obsession, though, is not a concern limited to augmented reality Apps. I well remember reading a warning to young men not to become too caught up in fantasies about living in the past – written for youngsters in feudal Japan. Yet Nintendo may have unwittingly taken a whole generation one step closer to cyber bullying. Massive Multi-Player Online Games are infamous venues for the anonymous verbal bludgeoning of young and inexperienced players. Parents should be aware the same anonymity and drive for status is present in Pokémon Go, and the combat gyms are much more accessible – there’s probably one in your local park. But that brings us to one of the game’s best features. Pokémon Go does the opposite of most screen entertainments: it compels children to go outside. Firstly, there are barely any Pokémon to be found inside your house. Parks and other public spaces have the richest populations of these digital fauna. Secondly, in order to hatch Pokémon eggs, you literally have to walk two or even five kilometres. Driving doesn’t work; the GPS system is awake to that trick. Certainly, you have to be careful about where your ramblings take you, but some parents might actually be pleased with where their children end up. The game developers have regularly designated churches as the virtual Pokéstops where players can source their virtual needs. A minister friend of mine found a group of the sort of teenagers who would never normally darken a chapel door consistently hanging around the property. Augmented reality had delivered him his first gospel conversation. Finally, Pokémon Go acts as a healthy reminder that the virtual world is the actual world for most Westerners. It’s where we daily carry out our business, and maintain a myriad of personal relationships. This is not to say that it can replace the world in which we live, or the comfort of seeing someone face-to-face. It would be as much a mistake to champion Pokémon Go as the next great evangelism tool as it was to suggest Virtual Church could replace actual fellowship in the early 21st century. Yet this little App underlines how open people remain to the idea of a caring community. Watch Nintendo’s YouTube promotion for its game and you’ll see that’s exactly what they’re selling. I can tell you they are on to a winner because, despite our increasing penchant for privacy and personal luxury, God never intended us to live alone.

The first wrong thing to appear in the Bible’s account of Creation is not sin, but solitariness: “The LORD God said, ‘It is not good for the man to be alone. I will make a helper suitable for him’” (Genesis 2:18). Our perfect desire is to live in harmony with others, under God. Humanity will keep responding to this need, regardless of whether or not they acknowledge God’s presence. Just as certain, they will eventually grow disenchanted with the promise of the Pokémon universe because he is not there.

Yet, while the fad lasts, Christians are in the unique position of knowing both what someone is actually searching for in the local park, and where they can get it. If you happen to have downloaded Pokémon Go, and are heading out to places you’re likely to come across other searchers, I suggest you arm yourself with at least one opening line. Why not try, “What are you looking for?” It’s on topic, friendly, and best of all opens the door to telling them what you’ve already found.