You are here: Home › Features › What Kind Of World Is A World Without Downs

What kind of world is a world without Down's? 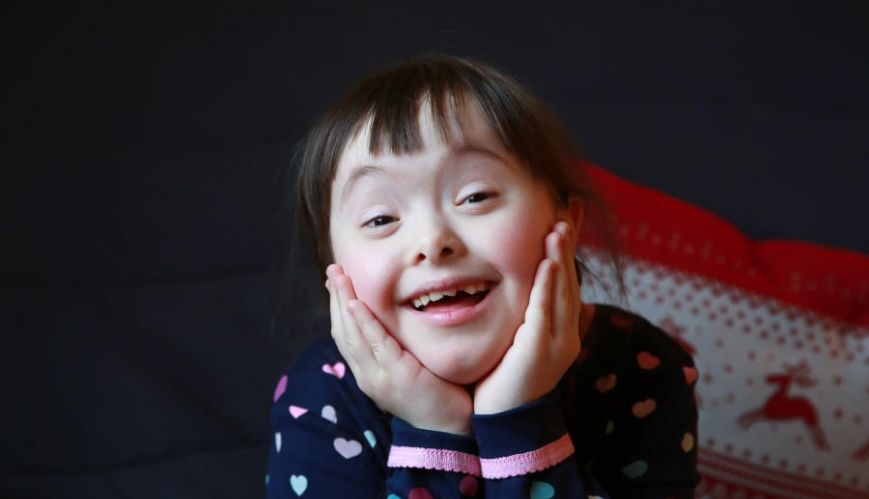 What kind of world is a world without Down's?

In late 2016, the BBC screened an incredible and revealing documentary. A World Without Down’s Syndrome was presented by the TV comedy actress Sally Phillips, better known for her roles in Miranda and the Bridget Jones movies. She is also a Christian, and her oldest son, Olly, has Down syndrome.

It was a revealing portrait of what the world – or to be more accurate, the West – would be like without God. It showed that a large proportion of the medical profession think that people with Down syndrome have lives that are not worth living, and who thus put pressure on women to have abortions. It also showed that we live in a society where increasingly the weak, the vulnerable and those
who are considered a “burden” are to be cast aside. The example of Iceland was cited, where 100 per cent of children with Down syndrome are killed in the womb.

The program showed that the goddess of choice is the religion of our cultural and political elites today. It was clear from the program that there is considerable pressure on people to make the “right” choice in the eyes of the professionals. One woman even argued that having her baby aborted at 25 weeks was “the best thing for the baby”!

Phillips asked these pertinent questions at the end of the documentary: “Greater choice does not lead to greater happiness ... is choice all it’s cracked up to be? Where are all these individual choices going to take us? What kind of world will Olly be living in when he is my age? If we are heading towards a world where we choose more and more who gets born then we need to think about it a whole lot more.”

So, let’s think about that. What kind of world are we creating with this goddess of choice? What is this God-less world? It’s a world in which right-wing libertarians and illiberal liberals unite to defend their core belief that humanity is God and choice is the only absolute.

An article in the Guardian newspaper that appeared around the same time as the documentary, told us that a woman’s right to terminate her baby is non-negotiable. Why? Why is this a fundamental part of the liberal creed? Is it okay to terminate a baby because they will have ginger hair? Because they are female? Or black? What if their IQ is not sufficient? After all, the right to choose to kill your own baby is “non-negotiable!” And what exactly is the rationale for stopping at the child in the womb? Why does the mother, if they can’t cope, not have the right to kill their child outside the womb? Or if the child’s life is going to be a burden? Or too disruptive to them?

Then in weighed a columnist from the Daily Mail newspaper, who stated: “To inch from the very real truth that giving birth to a severely disabled child can prevent you from living your own life is cowardly in the extreme.” As an example of postmodern newspeak, that one is hard to beat.

Again, stop and think about what that means. My wife and I have three children. Each of them has meant that we were not able to live our own lives as we pleased. Love has responsibilities. We could not sleep, eat, drink, play, work, holiday as we pleased – because our own lives were inextricably bound up with others. Whether they have Down syndrome or not is irrelevant. Killing children because they are inconvenient and limit our capacity to live our own lives as we wish, is one of the most barbarous doctrines known to humanity.

A world where love is sidelined 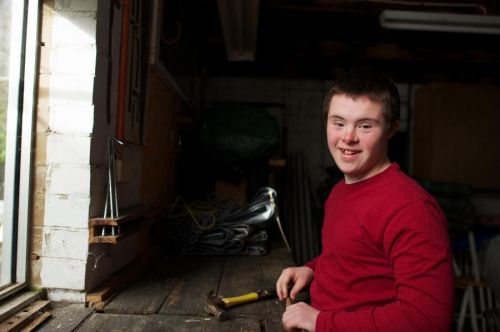 When the geneticist George Church (Professor of Genetics at Harvard) was interviewed for the documentary, he stated that science had no morality and you could do what you want with it. He pointed out that ethics change from year to year. And in the God-less world he is right. Science is amoral and can be used by the rich and powerful as they determine. It’s the same with morality. In a world with no absolutes except that of the political powers, then an absolutist state (or corporation) gets to make the rules and the morals. All of them. There are no checks and balances. Corporate Christ-less fascism/communism is the ultimate triumph of atheistic secularism.

A world where some lives matter more than others

This is a world where equality and diversity are political sound bites used by those who rarely practise them and who think that some people’s lives are less worthy. A world where the disabled, the elderly, the unborn, the poor and the terminally ill had better beware.

Of course, humanity has tried this before. Mao and his “Cultural Revolution”, Stalin and his “Super-Russians”, and Hitler and his “Master Race”, were all atheistic Social Darwinists who believed that “science”, genetics and eugenics could all contribute to the perfecting of humanity.

In the West, we would have gone the same way. “Liberals like H.G Wells argued that for the good of the human race, it was not just those with “defects” like Down syndrome who would have to go, but the Chinese and the Africans! Others like Bill Hamilton (Richard Dawkins’ mentor) believed that the useless and the weak should be filtered out. He argued for a radical program of infanticide, eugenics and euthanasia. He declared that spectacles were a symbol of decadence, that he would grieve for the death of one giant panda more than he would the death of 100 Chinese, and that the handicapped should be killed at birth!

Eugenics and euthanasia were extremely popular among the elites in the West, so why have we not gone that way until this generation? I believe that there are two reasons: the Nazis/Stalinists/Maoists showing us where such “progressive” thinking leads; and Christianity acting as a brake. With the passing of history the former is being forgotten. Now, with the weakening of the impact of Christianity on the collective consciousness, the door is opening for a second attempt to be made.

A world where personal autonomy reigns 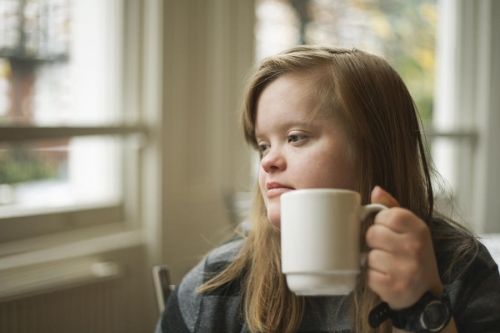 Human autonomy (which translated means “human divinity”) is the be all and end all of the God-less society. The only trouble is that in such a world, it’s not only God we lose, but humanity. The most inhumane thing we can do is to make human choice the absolute arbiter of all that is good and beautiful.

This is a doctrine of demons. It is from the pit of hell. It is the original lie of the devil, who seeks to destroy all of God’s good creation and especially the part that he declared to be “very good” – that part made in his image. The father of lies whispers the greatest lie of all into our ears: “you shall be as God.” If we listen, we are damned.

Traudl Junge, Hitler’s secretary, gives us a fascinating insight into where this all leads. “Sometimes we also had interesting discussions about the Church and the development of the human race,” Junge wrote. “Perhaps it’s going too far to call them discussions, because he (Hitler) would begin explaining his ideas when some question or remark from one of us had set them off , and we just listened. He was not a member of any church, and thought the Christian religions were outdated, hypocritical institutions that lured people into them. The laws of nature were his religion. He could reconcile his dogma of violence better with nature than with the Christian doctrine of loving your neighbour and your enemy."

“‘Science isn’t yet clear about the origins of humanity,’ he once said. ‘We are probably the highest stage of development of some mammal which developed from reptiles and moved on to human beings, perhaps by way of the apes. We are part of creation and children of nature, and the same laws apply to us as to all living creatures. And in nature the law of the struggle for survival has reigned from the first. Everything incapable of life, everything weak is eliminated. Only mankind and above all the Church have made it their aim to keep alive the weak, those unfit to live, and people of an inferior kind’.” (Until the Final Hour)

So yes, I’m angry at the grotesque and evil route that our society is taking. But I’m not despondent nor will I give up. It is our aim to keep alive the weak, those unfit to live and people of an “inferior” kind.

How can we stop this evil tide? One statement made in the BBC documentary gives us a big clue as to the way ahead. “If you want to instill certain values spread the word that these are valuable members of society ... ”

We have to spread the Word. All human beings are made in the image of God. All have a right to life. All lives matter. Any society that wants to survive must, in recognising these facts, care for the weak and vulnerable in their midst. All societies need to realise that righteousness exalts a nation and sin is a reproach to any people. And all individuals within that society need to acknowledge that as human beings we are fallen and sinful.

A world without God is hell. A world with him is heaven. Make your choice. Watch and weep. Learn and love. Preach the Word, in season and out of season ... and let’s turn the world upside down!