Captain Heather Johnson was promoted to glory on Thursday 7 April 2022, aged 89. Heather walked to her eternal home with Jesus, with her family by her side, after faithfully serving in officership for 43 years and eight months.

Heather was born on 3 February 1933 at Bethesda Hospital, Marrickville, Sydney, to Harold and Mona Palmer. She grew up in the inner suburbs of Sydney and was highly involved in The Salvation Army, where her father was the bandmaster.

Heather married Stanley Harold Johnson in 1957 at Dulwich Hill Salvation Army. They entered Officer Training College in January 1959 as cadets of the Pioneers session. Following their commissioning on 7 January 1960, Heather and Stanley were appointed as corps officers of Garbutt, Townsville. 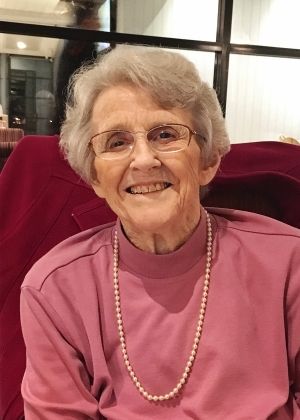 After that, Heather and Stanley were appointed to the following corps throughout NSW: Thornleigh, Panania, Seven Hills, and Murwillumbah.

On 1 May 1998, Heather and Stanley entered retirement. Heather was involved in North Haven Baptist Church and regularly led chapel services at a local Laurieton aged care home. She devoted herself to her children and their chosen spouses and subsequent grandchildren.

In 2012, Heather moved back to Sydney to be closer to her children and always delightfully encouraged and supported them as parents and, more recently, grandparents. She was a great-grandmother to three beautiful girls and was looking forward to welcoming a great-grandson next month. Heather spent much time reading, praying, and talking to others, always endeavouring to show the love of Jesus.

Our love and prayers and our heartfelt sympathy cover David, Betty-Joy, Lynette, and their families.