Major Heather Jones was unexpectedly promoted to glory on Friday 9 September 2022, aged 83. Heather entered her eternal reward after faithfully serving as an officer for nearly 45 years. 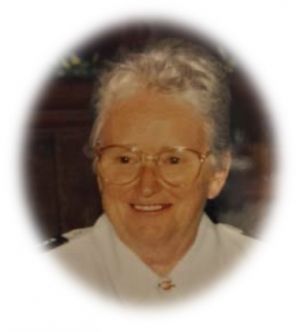 Heather May Watson was born on 8 May 1939 at Port Broughton. She married Malcolm Jones on 8 March 1958, and they were blessed with four children – Gregory, Anthony, Kellie and Timothy.

Leaving their home corps of Renmark (SA), Heather and Malcolm commenced service in The Salvation Army as Divisional Envoys at Gawler Corps (SA) in 1975. From 1976 to 1981, they continued to serve as corps officers at Kent Town, Colonel Light Gardens and Renmark in the South Australia Division and then from 1982- to 1985 at Portland and Wendouree in the Western Victoria Division.

In her retirement, Heather was involved in helping to cater at the Murray Bridge Hall, and she also enjoyed working part-time at the Op Shop. She loved working in the garden. One of Heather’s greatest joys was in seeing her children, grandchildren and great-grandchildren.

Our love, prayers and heartfelt sympathy are extended to Major Malcolm, Gregory, Anthony, Kellie and Timothy, their families, friends and extended family at this tender time.

Throughout her ministry, Heather found great strength and encouragement in the words of Psalm 23 (NIV): “The Lord is my shepherd, I lack nothing. He makes me lie down in green pastures, he leads me beside quiet waters, he refreshes my soul. He guides me along the right paths for his name’s sake. Even though I walk through the darkest valley, I will fear no evil, for you are with me; your rod and your staff, they comfort me. You prepare a table before me in the presence of my enemies. You anoint my head with oil; my cup overflows. Surely your goodness and love will follow me all the days of my life, and I will dwell in the house of the Lord forever.”

A funeral service of Thanksgiving and Celebration of Major Heather’s life will be held on 23 September 2022 at 11am at Murray Bridge Corps, to be conducted by Major Elaine Trendell.