You are here: Home › Global Focus › A Double Dose Of Christmas In Moldova

A double dose of Christmas in Moldova 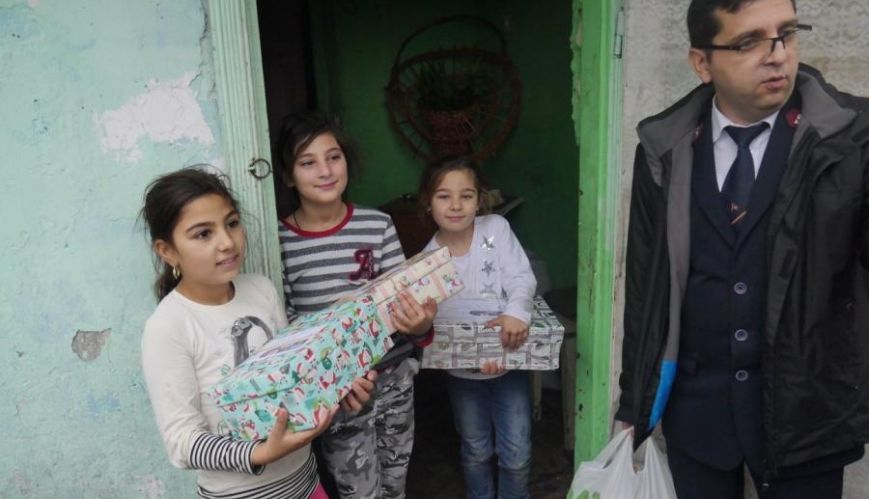 A double dose of Christmas in Moldova

I love everything about Christmas. The lights, the decorations, the songs, purchasing just the right gifts for my family and, above all, the Christmas story.

In previous appointments in Australia, I loved planning the meetings and décor that led up to Christmas Day, and the interaction with the community in which we lived and served. Yes, it was busy and chaotic, but the opportunity to share the message of Christ’s birth at a time when most people were focused on the season was exciting and a privilege.

But as I sit in my cosy office at Territorial Headquarters here in Chisinau, Moldova, I can’t help but think just how different Christmas in Eastern Europe is and how far removed Kelvin and I are from Christmas in Australia.

Firstly, it’s winter and the air is freezing (and this Aussie is hoping for significant snow to fall before Christmas!) Secondly, Christmas here is celebrated in January. The four countries that make up the Eastern Europe Territory – Moldova, Romania, Ukraine and Georgia – are predominately Orthodox and, as such, the official celebration is 7 January – which is great for a person who loves all things Christmas as I can celebrate twice! 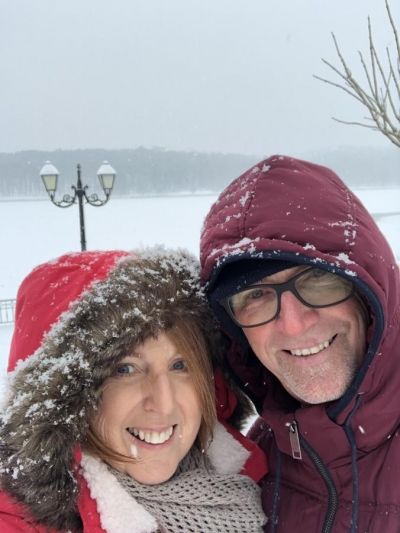 The Pethybridges enjoying the snow and cold of Christmas in Moldova.

While we have lived in Moldova for nearly two years, this will be our first dual celebration, having celebrated last year in Australia on 25 December and then in Moldova on 7 January. It was lovely returning to Moldova and discovering that Christmas celebrations were in full swing in January and that there was a lot of snow.

Traditionally, Easter is the main celebration in Eastern Europe, and while the cities and towns are beautifully decorated with lights, it is wonderful that the commercialism that affects western Christmas celebrations is low key here. Christmas is slowly becoming more westernised, but the commercial pressures and influences faced in Australia are minimal.

People in Eastern Europe love to celebrate and enjoy life, and Christmas is no exception. The week commencing 31 December is the main time for festivities, and often New Year celebrations are mingled with those of Christmas. The Christmas tree is decorated on New Year’s Eve and, of course, there is always singing, dancing and feasting with family and friends.

The sad thing is that many do not have anything to celebrate. The costs associated with utilities are high and poverty is widespread throughout the territory. Moldova is the poorest country in Europe and many homes, particularly in the villages, rely on firewood for heating and cooking. This can be a problem when the wood is damp from the cold and often covered by snow.

There is a huge need for agencies and church groups to support individuals with food and warm clothing in order to survive. Recently, a group of Salvationists from the United Kingdom and Ireland Territory visited Romania and brought with them shoeboxes filled with basic items that were distributed among people living in circumstances that are hard to imagine and confronting. The joy on the faces of those receiving these gifts is uplifting and challenging.

These are scenes that unfortunately are replicated throughout the territory. Kelvin and I are constantly challenged and inspired by the faithfulness of officers and others serving in communities, both large and small, where poverty is commonplace. The Christmas season does not change this and officers and corps folk throughout the territory continue to minister to those who struggle every day regardless of the season. It’s a reminder that Christ’s birth brought hope for all and to show His love in a very practical way.

Lieuts-Colonel Cheralynne and Kelvin Pethybridge serve in the Eastern Europe Territory as Territorial Secretary for Women's Ministries and Secretary for Personnel, and Chief Secretary, respectively.