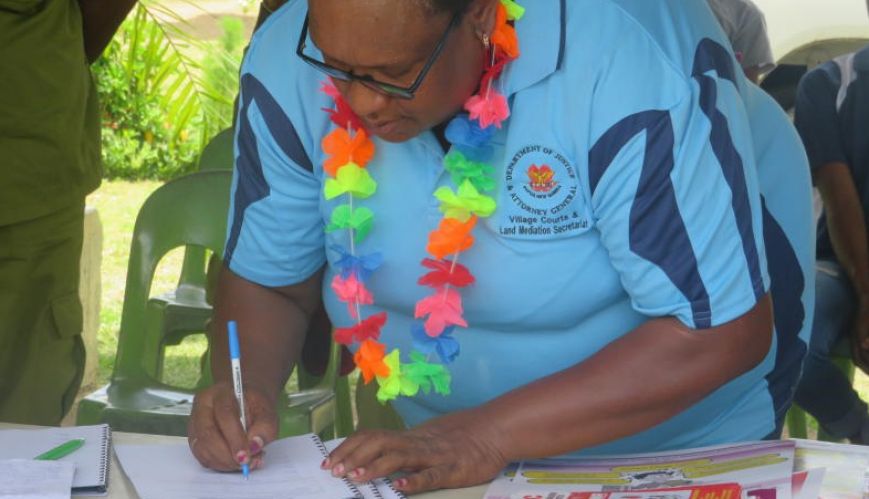 Virtually before the ink was dry on the signatures to a historic law-and-order Memorandum of Understanding between law enforcement agencies and The Salvation Army in rural Papua New Guinea, its first offender turned himself in. 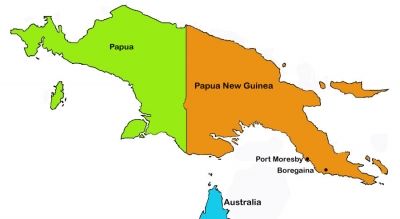 A young man walked out of the crowd witnessing the signing ceremony in Boregaina Village to hand over illegal brew-making to police. The man, Stanley Care, had made prior arrangements with the Peace Officers that he would do that.

Gini Kevin, who coordinated the project, said the man’s equipment was confiscated and he was given a warning and allowed to go free.

The MOU was brokered by The Salvation Army Juvenile Justice Team over 12 months and signed on 14 November by Boregaina peace officers, CIS, Community Policing and the Village Courts to enforce 19 by-laws created by the community. 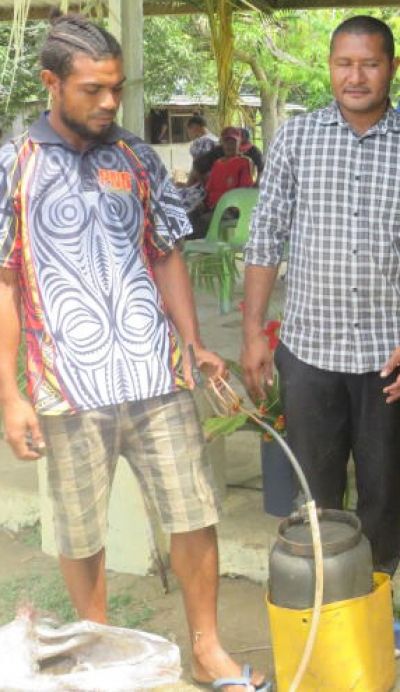 The by-laws are aimed as assisting the village to minimise law-and-order problems in the community.

Village councillor Ian Kuriki said the committee was committed to “fully carry out their responsibilities” as outlined in the MOU and be faithful to the trust placed in it.

Ian said the MOU “encourages people to do the right thing” and would also help to protect property.

Gini said home brewing was a “very big Issue in PNG”. He said that, although being illegal, it continued to cause “many social and drug-related issues”. “Offenders face two-and-a-half-year jail terms or a fine depending on the discretion of the court,” he said.

Gini said ​Boregaina Village, which is about 73km south-east of Port Moresby, was a hub for illegal activity, which was the reason behind why the community leaders there “pushed for the enforceable bylaws to be introduced”. It has ​a population of about 4500 people.

A Church Partnership Program of seven churches in PNG was introduced mid-2000 and the Army given the role of lead agency peace and prosperity under its Restorative Justice Program.

Gini said part of the Army’s role was to coordinate knowledge, skills and engagement law and enforcement. He said the signing of the MOIU was a “historical milestone” for the territory and the other PNG churches as it signalled the importance of “enhancing partnership and working together”.

Gini said it took almost six months of negotiations between the Village Court Secretariat and Community leaders from Boregaina before the final document was approved but the Army had been working to facilitate the process for 12 months. 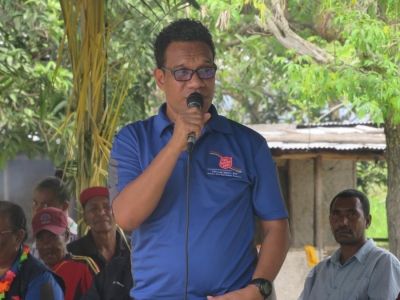 He said that, apart from the official signatories, the village elders, peace officers and church representatives signed the document.

The bylaws, which were created by the community specifically for Boregaina, are to be ratified under the PNG’s Village Court Act and would help the village enforce laws around such things as stealing food from gardens, damaging properties and the homebrew issue. The laws also give increased protection for children, especially girls, and women. Police would handle serious crime cases.

Gini said that, should one of the bylaws be broken or contravened, mostly a Village Court Fine would be paid or community work required. More serious offences were handled by the police and the courts.

The signing of the Boregaina document is the second time such a process has been introduced in PNG. Gini said the first time was in Kwaipo Village in 2018 “and that works very well”.

Territorial Commander for Papua New Guinea and Solomon Islands Territory, Colonel Garth Niemand, said the restorative justice initiative was a successful tool that positioned the Army to engage with community leaders, government agencies and ordinary citizens in pursuit of its vision to transform society and make the world a better place.

“The Army in PNG is committed to a holistic expression of the gospel of transformation. We infiltrate communities with the gospel of Jesus in order to give them eternal hope, positively change people’s behaviours and attitudes and hopefully change whole communities over time.

“Like many other countries, PNG has deep-rooted social ills and social evils in our society – evils that can be confronted through the message of restoration, forgiveness, reconciliation and second chances.”