You are here: Home › Global Focus › Aussie Officers Around The World Singapore Malaysia And Myanmar Territory

Aussie officers around the world – Singapore, Malaysia and Myanmar Territory

Colonel Wendy Walters with workers at The Salvation Army lemongrass plantation in Malaysia.

Wendy and I have now been leaders of the Singapore, Malaysia and Myanmar Territory for more than 18 months.

These have been incredible months of cultural exchange, multi-religious awareness and political tension on many fronts.

We have seen the full extreme of wealth and higher education to poverty and no education, all found within the three countries in which we, with our fantastic officers, soldiers and employees, serve in the name of Jesus.

The complexity of ministry can be summed up in the following two stories from communities in Myanmar and Malaysia.

In one community in Matupi, north-east Myanmar, the hunters go out every three or four days to bring back meat for the village.

The Salvation Army operates a fish farm (pond) that allows an alternative food source, but also the capacity to barter and trade.

Economics and cash flow are difficult to quantify, but the ability to trade, to barter for services, or to hire a teacher for the school, all come from these activities – both in the local community and also when they go into the main town centre of Matupi to trade locally grown produce for cash or rice. 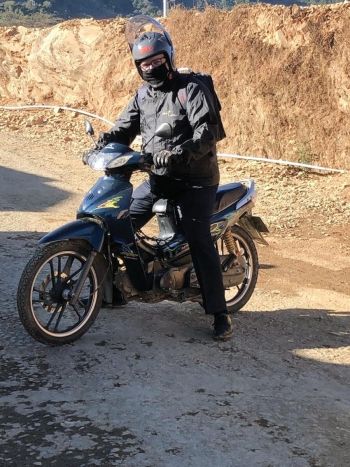 Rodney on a borrowed motorbike visiting a remote village in Myanmar.

There is no electricity in the village. Most people have a small solar panel for power, which provides the charging of communication devices and small LED lights. Cooking is still done with wood and fire on an open fireplace.

They were so pleased to see me when I rode in on a borrowed Chinese motorbike – I was the first territorial leader to ever come to their village. The way I was treated and blessed, I wondered if I was the first white person some had seen up close.

Until I arrived in the village I hadn’t realised that I had commissioned the corps officers 11 months earlier and appointed them to this village. Since arriving, they have welcomed a baby girl and thank God for the privilege of serving him at this corps on behalf of The Salvation Army.

As an aside, for the birth of the baby, the officers travelled on their motorbike for almost two hours to get to the hospital. By the time I had done the return journey on my motorbike, on some of the roughest, narrowest tracks and roads, certain parts of my body were numb.

Bones I hadn’t acknowledged for a long time had also made themselves known to me. I felt incredibly humbled by the dedication of these officers who minister in the name of Jesus in this isolated community, that has the majority of people linked to their corps.

In another corps plant at Kota Belud, East Malaysia, a lay leader is changing the community and meeting the evergrowing need of unemployment by finding meaningful projects to provide work and help in the sustainability of the corps and community. 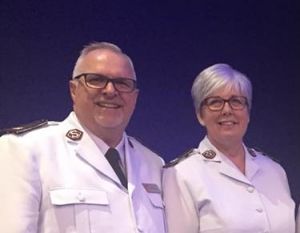 The lay leader meets with all the workers in the two different locations every week for prayer and Bible reading. Many have started coming to the corps and some have asked for a Bible study in their homes.

Five years ago this plant was a dream. Today there are 39 soldiers with many more recruits going through soldiership classes.

We had the privilege of enrolling 10 from this outpost at the nearby Kota Kinabalu Corps on our recent visit.

Wendy and I are constantly humbled and blessed by the endeavours of God’s people in this region of the world, going above and beyond to share the Good News of Jesus Christ and to minister to all without discrimination.

Another Australian officer, Major Winsome Mason, also serves in the territory, as Secretary for Program.

The history of The Salvation Army in Myanmar dates back even further. Adjutant Taran Das (Reuben Moss), who was attached to the Lahore headquarters in India, was appointed to open the work in Burma (now Myanmar) by Commissioner Frederick Booth-Tucker in January 1915.

In 1994, Myanmar was joined to the Singapore and Malaysia Command. On 1 March 2005, the command was redes - ignated the Singapore, Malaysia and Myanmar Territory.