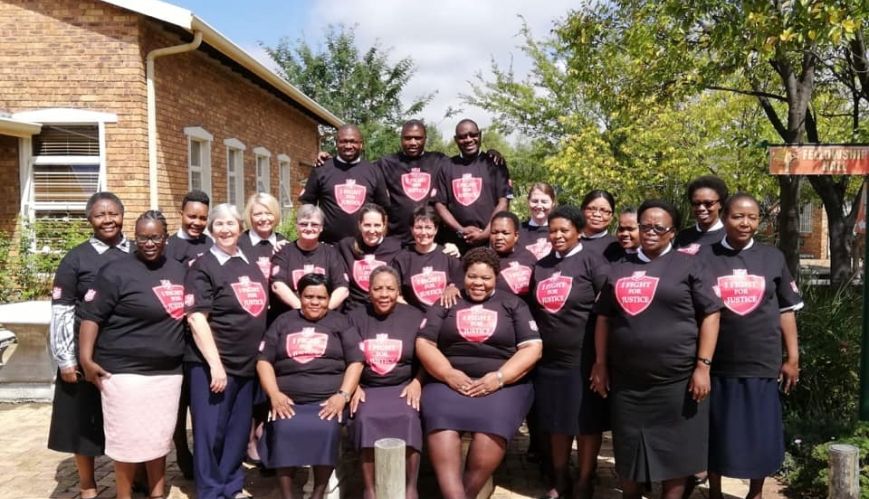 Delegates at the anti-human trafficking ‘Train the Trainer’ workshops at eMseni are now equipped to educate others in awareness and response throughout their local areas.

Human trafficking is a worldwide crime enslaving and destroying the lives of millions of people while making billions of dollars for its perpetrators. Simone Worthing spoke to Major Margaret Stafford, National Coordinator for Anti-Human Trafficking in the Southern Africa Territory, about human trafficking in South Africa, and the work of The Salvation Army there in combatting this insidious global crime. The main form of trafficking in SA, according to the International Labour Organisation, is labour trafficking. We have recently had two very big sweatshops in KwaZulu Natal (coastal province including the city of Durban) being shut down and a court case is pending. As an organisation, we have been very involved in assisting sex-trafficking victims. We are also seeing under-age marriages for which the perpetrators have received jail sentences, as well as a few cases of organ trafficking. The international day of prayer for victims of human trafficking is in September.

We run a ‘help line’ that has helped some not get trafficked in that we check out job opportunities and find out if they are real or a scam of some sort. We have helped parents who did not know what to do when their child had gone missing. We have assisted a young lady to return to her home, working alongside the International Organisation for Migration in that case. We have seen many communities asking their local Salvation Army for advice on these matters.

Resources for The Salvation Army International Day of Prayer for victims of human trafficking – including posters advertising the event in English, Spanish, French and Portuguese – can be downloaded here.