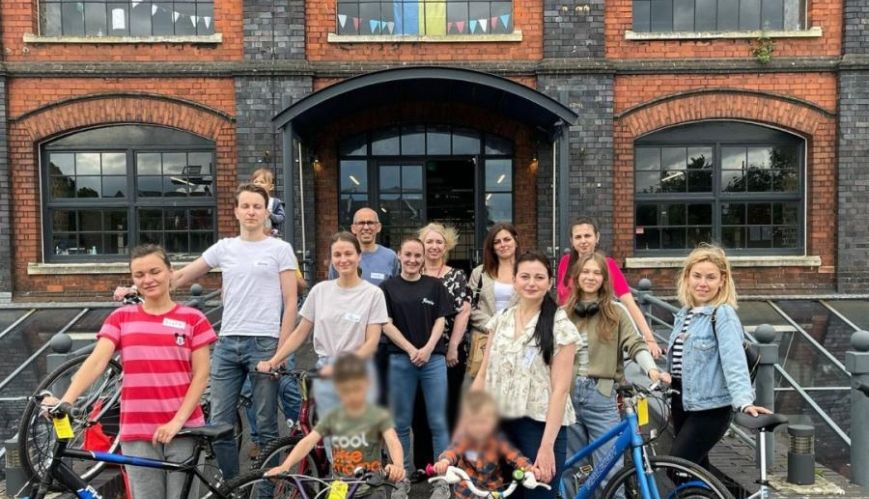 The Salvation Army Recycles scheme at Booth House, Swindon, UK, is providing bicycles for Ukrainian refugees as part of a local ‘Bikes for Ukraine’ project. This was set up in response to new arrivals’ requests for transport to reach services in an affordable and accessible way.

“Recycles, Booth House, is a social enterprise scheme that provides Lifehouse residents with training and work experience by learning how to repair and refurbish second-hand bikes donated by members of the public, aiming to get Swindon cyclists back on the road,” said Simon Styles, Workshop Supervisor of Recycles.

“I absolutely love working with the residents of Booth House and giving them an opportunity to get back into work. I enjoy helping them to progress and develop their experience and skills working in a shop environment, as well as [seeing] some becoming bike mechanics.

“It was fantastic to provide bikes for the refugees. Our team got really involved in supporting the refugees by choosing all of the bikes to be given to them and also helping to repair and rebuild the bikes.”

Last week, representatives from the ‘Bikes for Ukraine’ project were delighted to hand over bikes to Ukrainian refugees, including wheels for children and families. “It was a privilege to be able to play a part in supporting people from Ukraine to rebuild their lives in Swindon," Simon added. 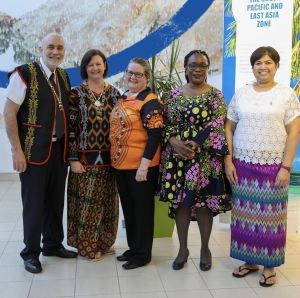 Each week, International Headquarters focuses on and prays for a particular part of the world and the Army’s work there. Recently, the spotlight was shone on the Latin America North Territory, and the South Pacific and East Asia (SPEA) Zone, of which Australia is a part.

After a time of prayer led by the staff of our SPEA zonal office, IHQ members moved down to the public gallery space to view the new exhibition there showcasing some of the work being done by The Salvation Army in these countries.

The group also shared coffee and Anzac biscuits, which are particularly popular in Australia and New Zealand.

Please pray for all who live here and for the work of The Salvation Army. In particular, pray for accountability and the pastoral care of our people and the administrative and financial operations of our movement.

General excitement from Anchorage to Honolulu 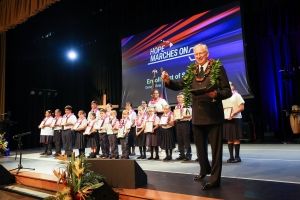 Enrolments of junior and senior soldiers and acceptance of adherents were a feature of meetings throughout the Peddles’ recent visit to the USA Western Territory.

General Brian Peddle and Commissioner Rosalie Peddle, World President of Women’s Ministries, took the good news of the gospel to Salvationists and friends along the full length of The Salvation Army USA Western Territory. They began in Anchorage (Alaska) and travelled southwards to Seattle (Washington), San Francisco and Los Angeles (California) and finally to Honolulu (Hawaii).

The international leaders participated in public meetings with Salvationists and friends in each location. They shared news of The Salvation Army’s international ministry and spoke about the movement’s momentum, which continues through difficulties such as the COVID-19 pandemic.

Enrolments were a feature of each meeting, beginning in Alaska with the enrolment of nine senior soldiers. As he moved southwards through the territory, the General enrolled junior and senior soldiers and adherents, with groups big enough to fill the stages of the various venues.

The rich cultural diversity of the USA Western Territory was on display at every venue, with worship including a song in English and Tlingit (the language spoken by the Tlingit indigenous people from the coastal regions of Alaska and western Canada), a Fijian dance, a performance from a youth mariachi group (a traditional Mexican music style) and Hawaiian hula dancers. Scripture and prayers were also offered in English, Spanish, Korean and Marshallese.