You are here: Home › Global Focus › Super Truck To The Rescue In Americas South

Super truck to the rescue in America's south 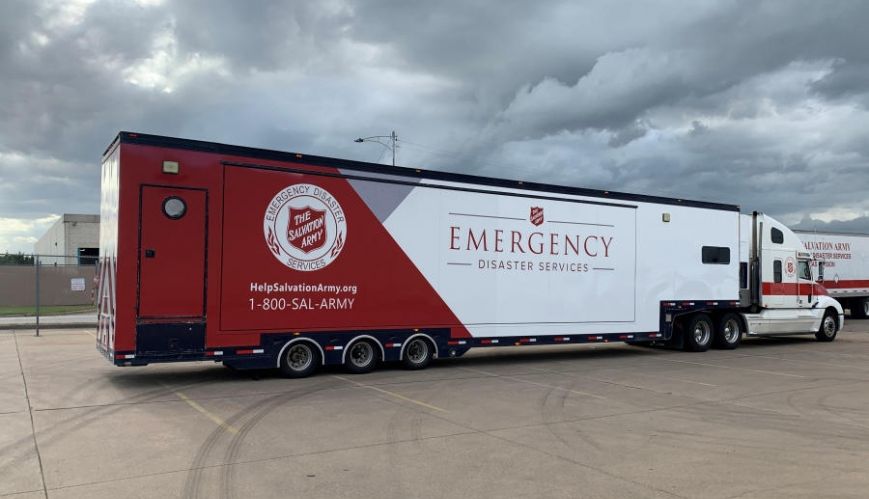 Super truck to the rescue in America's south

The Salvation Army’s response to any disaster in the United States Southern Territory is easily the biggest – literally.

The territory has one of the Army’s largest emergency response vehicles as part of its fleet.

Alvin Migues, the Army’s Emergency Disaster Services (EDS) director and incident commander for Texas, said a 22m-long semi-trailer was introduced about 12 months ago. It is equipped with state-of-the-art facilities to serve as the nerve centre at any significant disaster the Army is called to attend.

Alvin said the inside the truck was a “hive of activity” during a crisis – 24 hours a day if required. 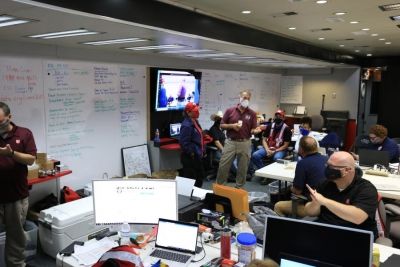 The outside of the vehicle does not tell the true story of what is inside. The side extends out to double its width. Through the main door, the truck opens out into a mobile office space complete with desks, computers and other technology, floor-to-ceiling whiteboards and television screens for information and monitoring media coverage. There are people with roles from media relations to logistics to meal coordination.

For specifics-minded readers, the vehicle is 22m long including the Freightliner Columbia ‘tractor’ and 2.7m wide but another 2m is added when the side is extended. The usable space inside is about 12m x 3m with additional 2.5m x 3m in the nose section. It sits on three sets of tandem wheels.

The Texas Division logistics and warehouse teams prepared the unit for service.

Alvin said the unit was rushed into service to be involved in the Army’s response to the destructive Category 4 Hurricane Laura in Beaumont on the Texas/Louisiana border in August last year: “The vehicle was only about 75 per cent completed on its first roll-out to Beaumont for the storm. It was deployed for a second hurricane in the same region within weeks of its first deployment.”

Alvin said the value of this unit was in the speed and efficiency of deployment. A base of operations for a full Incident Management Team could be in service within hours of a “notice to deploy”.

This vehicle is stored in the Texas Division EDS’ 9300sqm warehouse in Arlington, Texas, which is the main logistics hub for Texas.

“Its central location allows also us to support responses across the entire country as needed,” Alvin said. “Our trained Emergency Disaster Services staff and volunteers are known for being the first to arrive and the last to leave a disaster site. We are committed to helping those affected.

“We respond to local disaster events as well as large-scale hurricanes and storms that impact millions of people. Once the dust settles, our EDS staff and volunteers stay for days, weeks and sometimes months, until we’ve done all we can to help.”

Alvin said the severity of a crisis determined what vehicle the Army sent out. “Each disaster is unique,” he said.