You are here: Home › Global Focus › Un Commission Focuses On Womens Status In The World

UN Commission focuses on women's status in the world UN Commission focuses on women's status in the world

In her opening statement for CSW61, Executive Director Phumzile Mlambo-Ngcuka calls for swift and decisive action for women’s economic justice in the changing world of work.

Salvation Army personnel from India, Kenya, Kuwait, Italy, Sri Lanka, Belgium, Mexico, UK and the USA are taking part in more than 100 meetings at the United Nations Commission on the Status of Women (CSW), which runs from 13-24 March.

Staff from The Salvation Army’s International Social Justice Commission (ISJC) are hosting more than 80 meetings arranged by the UN, non-governmental organisations and other faith-based organisations at the ISJC building in Midtown Manhattan, New York City.

The theme for the Commission is “Women’s Economic Empowerment in the Changing World of Work”. 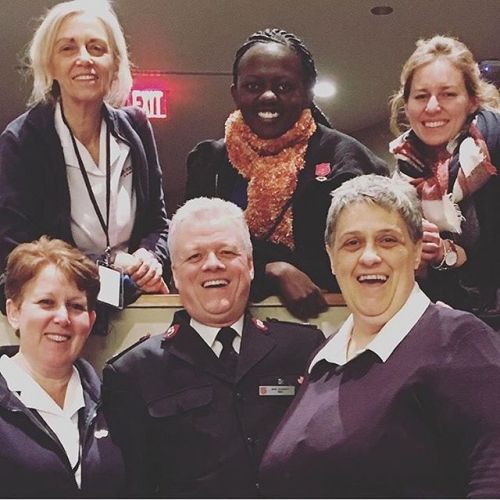 Some of the Salvation Army delegates to the Commission.

Prior to the formal commencement, The Salvation Army held a Sunday evening service of reflection, worship and prayer in its premises close to the United Nations headquarters in New York. Prayers focused on world leaders, policy makers and representatives from civil society taking part in CSW. Intercessions were also made for women and girls affected by discrimination in various ways, using stories, video and personal testimony to explore the issues.

Several of the Salvation Army delegates to the CSW spent two days the previous week in discussion at The Salvation Army’s international anti-trafficking task force, chaired by Lieutenant-Colonel Eirwen Pallant, Assistant Director of the ISJC, and supported by Commissioner Rosalie Peddle, World Secretary for Women’s Ministries. The forum provided opportunities for learning, analysis and development of Salvation Army international strategy and policy to counter modern-day slavery, which has devastating effects on men, women and children around the world.

The Salvation Army’s response to human trafficking was featured in a CSW event at the ISJC on Tuesday 14 March, which discussed lessons learned from a partnership between The Salvation Army and the Anglican Alliance. The partnership has increased the capacity of local church congregations to raise awareness and respond appropriately in local contexts. A further presentation for CSW on Wednesday 15 March put the spotlight on Salvation Army initiatives around the world which have been put in place to empower people – especially women. Designed to improve the economic status and security of local communities, many of these projects provide women with an opportunity of income generation, leading to improved status and empowerment.

ISJC Director Lieutenant-Colonel Dean Pallant explains: “The CSW discussions ask: ‘how do we improve the status of girls and women?’ who in many parts of the world do not get a fair deal. It’s a big thing for men as well – to stand up and talk about the importance of women having equality. It’s something that Christians believe, that we’re all made in the image of God, so it’s really important.”

Coinciding with the start of the CSW, the ISJC has published Go and Do Something which, using the UN’s 17 Sustainable Development Goals (SDGs) as a framework, explores what Salvationists and friends can practically do – now and over the next 15 years – to make the world a better, fairer place. 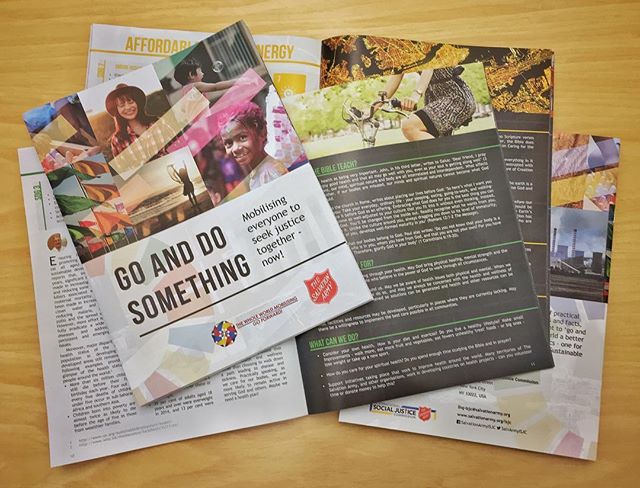 These resources are available to download free of charge from sar.my/dosomething.

More information about the SDGs can be found at www.salvationarmy.org/isjc/SDGs.