You are here: Home › Global Focus › Wendys Collection Creates A Scene At Christmas 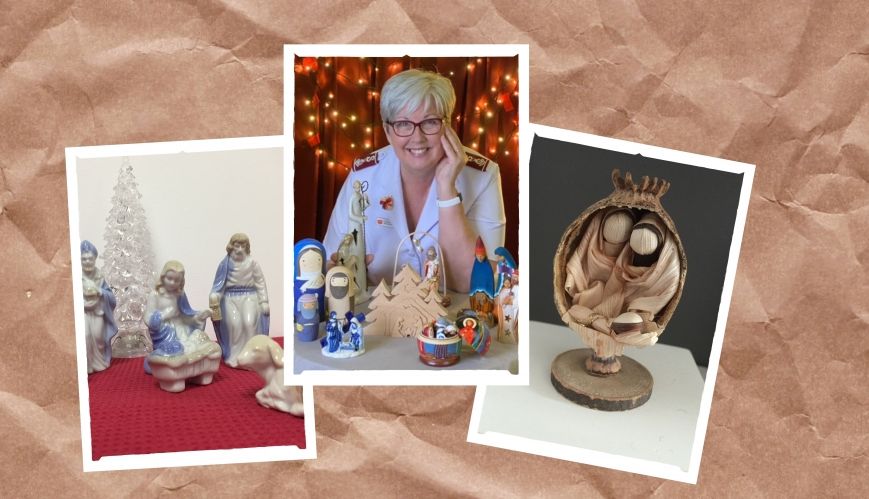 Christmas comes but once a year, something Australian Salvation Army officer Colonel Wendy Walters, an avid collector of nativity sets, is thankful for.

If all her Christmases came at once, as the saying goes, Wendy would be surrounded by 40 nativity sets that she has collected over the years.

Wendy and her husband, Colonel Rodney Walters, are the leaders of the Singapore, Malaysia and Myanmar Territory, and previously served as leaders of the Eastern Europe Territory. The couple has travelled extensively during their time as officers, which has allowed Wendy to add to her collection.

“My nativity collection started over 35 years ago. I purchased the first set – a little blue and white porcelain set for $2 in the ‘after-Christmas sales’ in Woolworths – in the first year of our marriage,” Wendy said.

That began a love of “all things nativity”.

“I didn’t set out to have a collection. It just happened. I found as we travelled that this was the perfect ‘souvenir’ to hunt for and pick up from the different countries we visited. 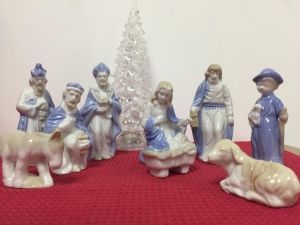 Colonel Wendy Walters started her nativity set collection with this set, which she bought in the post-Christmas sales in her first year of marriage.

Pieces in the collection span from Iceland to Greece, several from Russia and Eastern Europe to South America.

“I must admit that I have a couple of favourites, like the black bear nativity from Canada,” Wendy said. “One year, I made for the grandchildren a ‘kid-friendly’ fabric nativity. The joy of seeing them play with Mary and Joseph, the sheep and baby Jesus brings a smile to this ‘Mimi’s’ face.

“Through it all, it adds to our Christmas celebrations wherever we are in the world – especially when we’re so far away from family. I have a few friends around the world who know me well and know about my collection and have sent me one that represents their country. I am so blessed.”

Rodney ‘understands’ my passion, but I also think he appreciates seeing the different pieces each year and recalling the story of where it was picked up. “At times, he helps me remember where each piece is from!”

Wendy said that the pieces had featured in an advent calendar-type series on Facebook, where she posted a photograph of a nativity scene each day from 1-25 December and linked it to a line from a Christmas carol.

Rodney and Wendy are living in Singapore but “sadly, I am yet to find an Asian nativity set”, Wendy admitted.

Despite her large collection, Wendy said there was always room for more. “There are a lot of countries not represented yet,” she said.

“Christmas is significant to us as you would expect, being when we celebrate the birth of Jesus Christ, but my collection helps give us a different dimension each year. The reality is it’s not so much about these beautiful pieces of art, sculpture, wood or glass, it is about what they represent. Each piece is a reminder of the promise of Immanuel – God with us. Each little scene speaks volumes of the gift of salvation through the coming of Jesus as a baby on that ‘starry night’.”