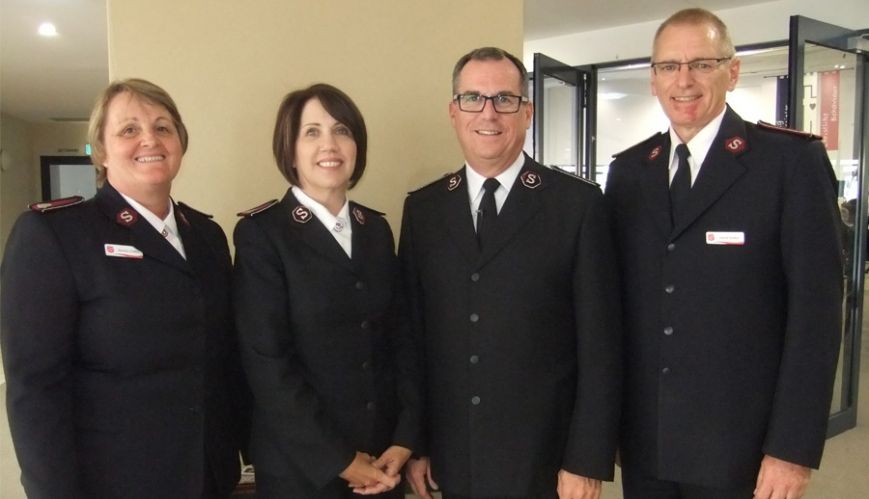 “God is preparing his Army to do something new, and to be actively used in what he is doing,” said Commissioner Floyd Tidd, The Salvation Army’s new National Commander for Australia, as he spoke at the Queensland Division welcome to the national leaders at Brisbane’s Stafford Corps on Sunday.

“It will have an impact of the lives of every Salvationist in every region of Australia, otherwise there is no point in doing it. As we move forward, it’s only about the mission of Jesus Christ and having him at the centre of our lives. We come alongside you as partners in the Gospel, ready to share the good news with others who want to do the same thing.”

The Queensland Division officially welcomed Commissioners Floyd and Tracey Tidd at the Brisbane celebration, with many corps and communities around the state connected to the event via live stream.

Lieutenant-Colonel David Godkin, Divisional Commander, began the evening welcoming the Tidds, and emphasising that it was all about celebrating God, and giving him the glory. He then introduced “kingdom selfies” – videos sent in by corps and communities around the division welcoming the Tidds and giving a snapshot of their ministries.

The Bundamba Kids Choir sang, delighting the congregation with their enthusiasm and faith. Different children from the choir then presented the Tidds with “postcards” from Queensland, representing icons such as the koala, golden beaches, the brolga and the sapphire. 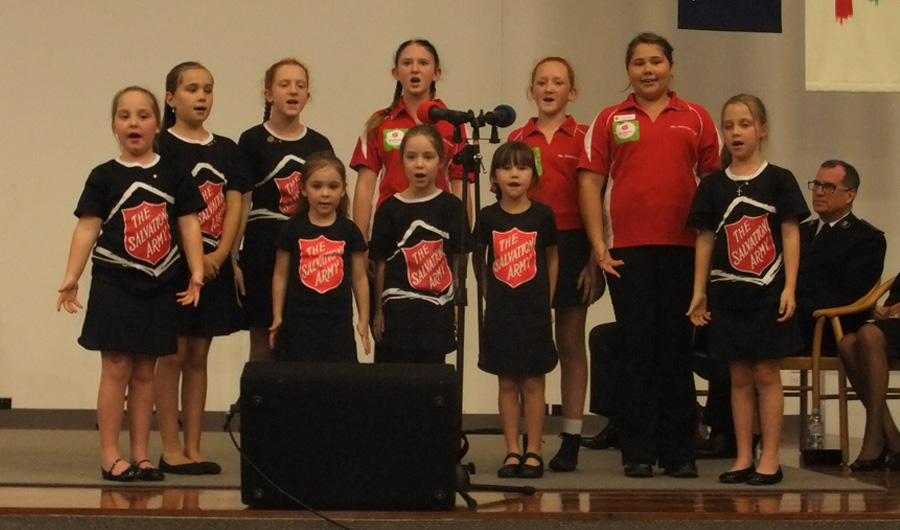 The Bundamba Kids Choir sang at the Tidds' welcome.

Kathy Hughes, Ministry Assistant at Caloundra Corps, welcomed the Tidds on behalf of the soldiers and friends from all expressions of The Salvation Army across the state. She also presented the Tidds with gifts from Queensland – including a pineapple, candied mango, and a State of Origin maroons cap. “We are an organic organisation, working together for a shared purpose, and growing and living for Jesus,” she said. “We are glad to have you as leader of our team as we all follow Jesus.”

Captain Rachel Busst, Mackay Corps Officer, welcomed the Tidds on behalf of the officers. “We believe you are God’s people for this next season, and want to affirm you in that,” she said. “We pray you will stand firm in your resolve and will follow God, no matter what.”

Commissioner Tracey Tidd responded, drawing appreciative laughter at her Canadian attempt at saying “G’day”! She shared her dream regarding the way forward for The Salvation Army in Australia and the Australia One project. “This is about God’s mission, following his lead and hearing his voice so that he will be glorified and his will done more powerfully that ever before,” she said. “I pray we will embrace the new thing God is doing and will do in and through us all.”

Commissioner Floyd Tidd then spoke, comparing the challenges ahead to the principles behind solving the puzzle of the Rubik’s Cube. “The centre block on any side won’t move,” he shared, demonstrating his point to the congregation. “Jesus has to be the centre, and, no matter what is changing around us, he will never move.” Reading from James 1, the Commissioner challenged those listening, asking everyone whether God’s unchanging plan and mission – to redeem the world, had an Army to carry it out. “If we believe that people need to be saved, our own lives and ministry will be the evidence of our belief,” he said. “Jesus calls us to bless others, and to take up our cross,” he said. “That is different to sitting on the couch.”

The welcome concluded with many people coming forward for prayer as the combined bands from Redcliffe, Pine Rivers, and Stafford Corps provided music support.