General worships with a thousand Salvationists in South America 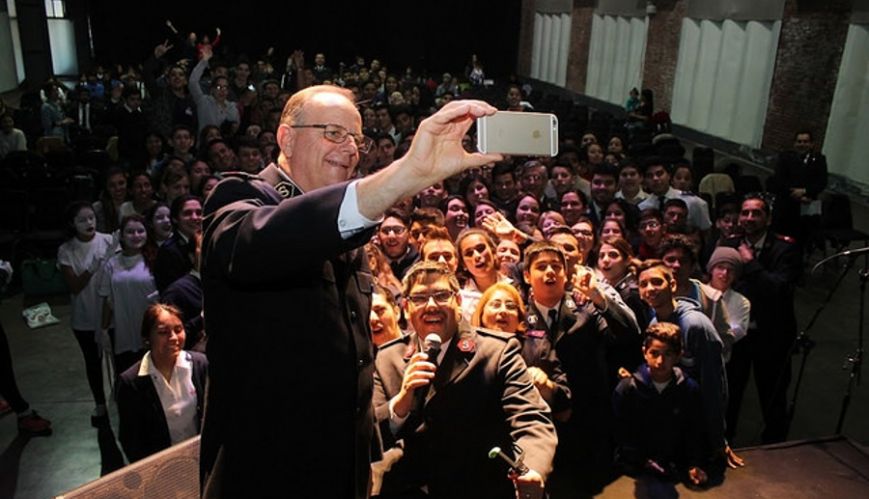 General worships with a thousand Salvationists in South America

The General takes a selfie with youth of the South America East territory during his recent visit.

GENERAL André Cox and Commissioner Silvia Cox (World President of Women's Ministries) shared worship with more than 1000 Salvationists and a potentially far greater online and TV audience during their visit to the South America East Territory.

During spiritually uplifting days in the Argentinian cities of Buenos Aires and Rosário, the visitors met government and other officials, led a congress and admitted Sergeant Iván José Demitre to the Order of the Founder – The Salvation Army's highest honour.

Over the weekend, the territorial congress, entitled Adelante, hay Victoria! [Go on, go on to victory!] held at the Centro Metropolitano in Rosário, was attended by more than 1000 delegates from Argentina, Uruguay, and Paraguay – the three countries that make up The Salvation Army's South America East Territory. The programme included three main sessions, a women's gathering 'Friendship Tea', a youth rally and a men's rally. The festival of praise session included presentations representing the different countries and regions from across the territory through various art forms including timbrels, dancing, drums and drama.

A highlight of the meeting was the surprise admittance to the Order of the Founder of Sergeant Iván José Demitre of Patricios Corps in the Buenos Aires Division. He was given the award in recognition of his long service and exceptional dedication to the work of The Salvation Army in the South America East Territory, where he has directed the musical Spirit annually for more than 20 years. 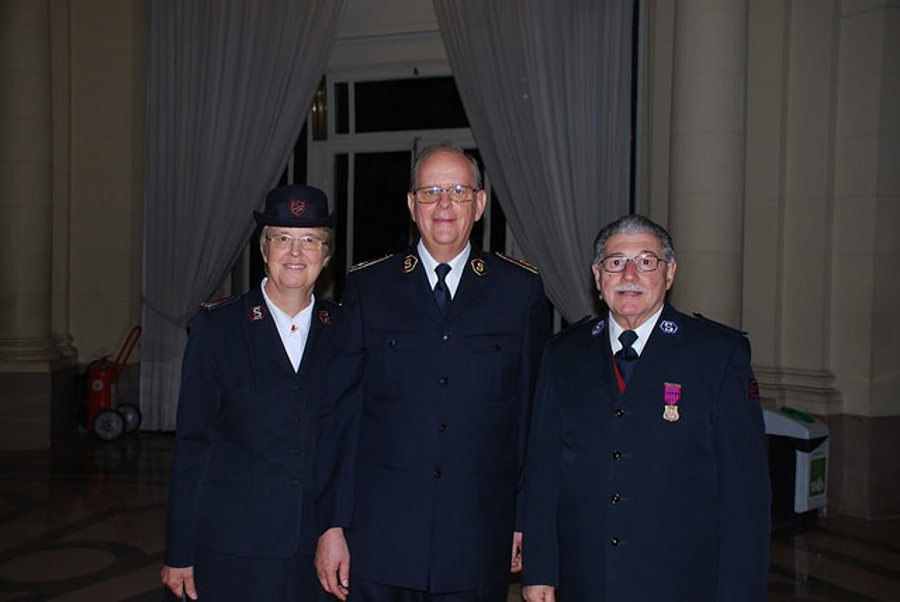 The General and Commissioner Cox with Sergeant Iván José Demitre, who was awarded the Order of the Founder during their visit.

While in Rosário the General and Commissioner Cox conducted a television interview with Canal Luz, a ministry of IEMA (Iglesia Evangelica Misionera Argentina – Evangelical Missionary Church of Argentina) which broadcast the entire territorial congress live via the Internet and multiple television stations across Central and South America. The General also preached at the closing meeting of IEMA's own 32nd anniversary celebration.

During their time in Buenos Aires the international leaders met with various notable figures including the Vice President of Argentina, Gabriela Michetti, and the South African Ambassador to Argentina, Ms Zenani Mandela-Dlamini (youngest daughter of former South African President Nelson Mandela). The General also met with CALIR (the Argentine Council on Religious Freedom), the Territorial Advisory Board, and the Buenos Aires Rotary Club.

The General and Commissioner Cox's time in Buenos Aires included the conferral of an honorary doctorate degree on the General by UCES (University of Business and Social Sciences). The university made the award in recognition of the General's 'work in the areas of finance and management in The Salvation Army, as well as for his contribution to the cause of international humanitarian aid'. The General was also declared an official 'Guest of Honour to the City of Buenos Aires' by the Buenos Aires City Legislature.