Celebration of The Song Book of The Salvation Army

Celebration of The Song Book of The Salvation Army 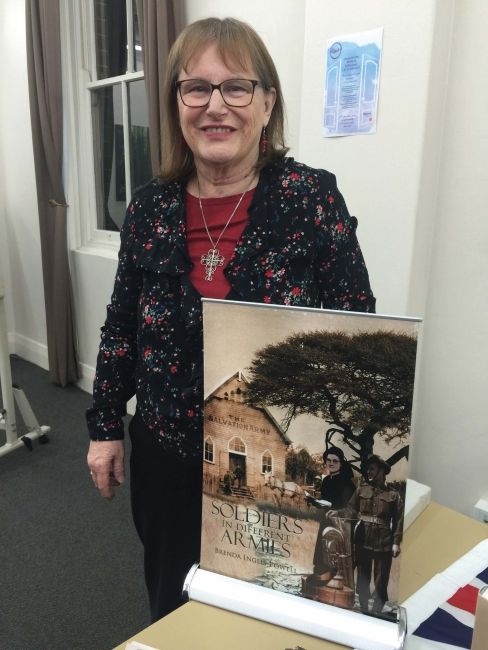 For 150 years The Salvation Army has sung its way around the world with its own distinctive songs and music. Beginning in 1875 using The Revival Hymn Book, the Army has continued to grow its repertoire of unique Salvation Army music through the regular publication of Salvation Army song books.

In addition, what started out as a quest to understand herself and her family, blossomed into the stirring memoir which Brenda Inglis Powell presented to the August meeting of The Salvation Army Historical Society Sydney Chapter.

Brenda presented a delightful presentation on her father, William “Jock” Inglis, who was Salvation Army Welfare Officer, Albert Moore’s "Batman" during the Second World War in the Middle East and on the Kokoda Track.

Brenda explained that it was common practice during the war for commanding officers to appoint "Red Shield Corporals" from the ranks to "assistant" or Batman duties. Albert Moore’s appointment of Brenda’s father Jock Inglis was the start of a strong and lasting friendship between the pair.

Crossing between tales of war involving her father and home soil where she recounted her mother’s upbringing and the pair’s bourgeoning love story, Brenda wove her story of Soldiers in Different Armies. Her book is the result of painstaking family history research and is on sale at amazon.com.