During a recent visit to The Salvation Army’s Territorial “Catch the Vision” Congress in Japan, Salvation Army World Leader, General André Cox and Commissioner Silvia Cox (World President for Women’s Ministries), were honoured to have an audience with the Emperor and Empress of Japan at the Imperial Palace in Tokyo.

The General and Commissioner Cox also took the opportunity to visit Salvation Army-funded projects in the towns of Minami-Sanriku and Onagawa. These communities were badly affected by the 2011 earthquake and tsunami.

The Salvation Army has helped rebuild two town centres, assisting families, businesses and livelihoods. Community-based projects such as after-school programs and elderly care initiatives have also been developed. The international leaders discussed the ongoing ministry with local mayors and were met with smiles and expressions of hope from residents. 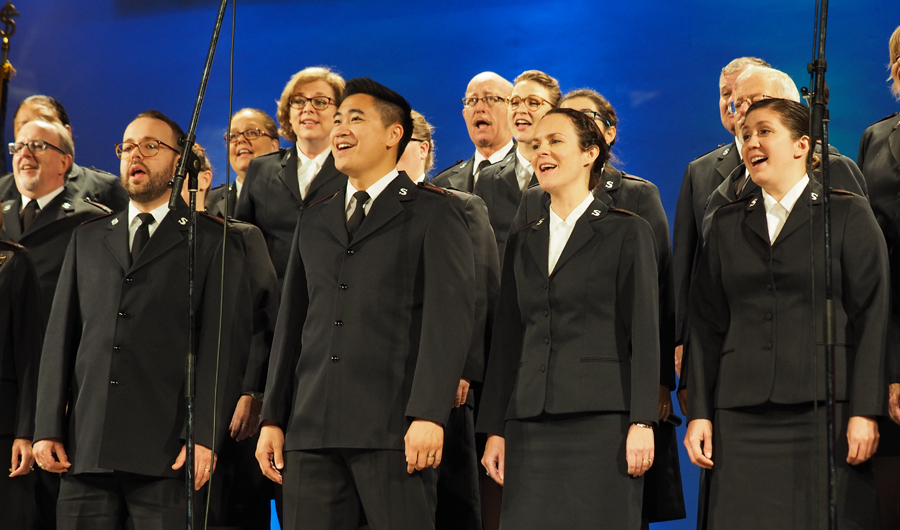 The General’s visit coincided with a 6.2-magnitude earthquake, which affected western provinces of Japan on 21 October. The Western Division is assessing the level of assistance needed and is looking to provide canteens to those who have been forced from their homes due to power loss, gas leaks or damaged infrastructure. “The Salvation Army is here for both physical and spiritual reconstruction,” said General Cox.

“Connect” was the theme for the territorial congress, which began with a public meeting on the Saturday. At the meeting, the USA Western Territorial Staff Songsters performed alongside the Japan Territory’s youth worship team and timbrel brigade.

Two new soldiers gave their testimonies – Mrs Shigeko Nomura explained how she was led to Jesus through a copy of The War Cry and Mr Masaki Kasugaya shared how he had found help through God.

Commissioner Cox challenged the congregation to listen to the voice of God and to begin a new life with him. Many attendees, including young people, responded to the call at the mercy seat. 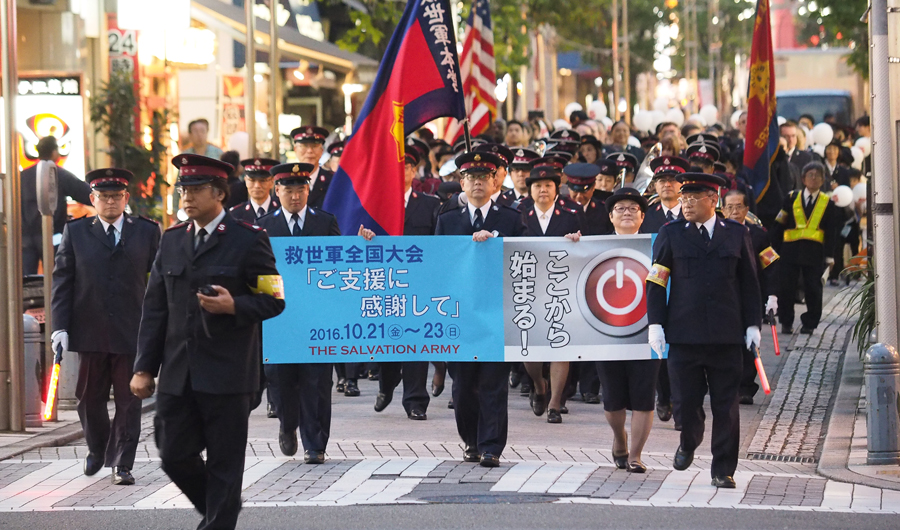 General André Cox and Commissioner Silvia Cox took part in a march of witness with 180 Salvationists.

Sunday morning’s holiness meeting was packed with Salvationists from across Japan. The General and Commissioner Cox marched in, accompanied by the Japan Staff Band and 40 timbrelists. One hundred voices united to sing God, we will give you glory, followed by inspirational vocal items from the USA Western Territorial Staff Songsters.

Commissioner Cox prayed a prayer of blessing for the children present, before the General enrolled seven new senior soldiers. In his address, the General challenged the congregation to “be prepared to go into the world, with renewed passion as in the early days”. He encouraged Salvationists and friends to “grow in spiritual maturity, pursue personal holiness and to pray hard”.

Many individuals gathered at the mercy seat, groups prayed spontaneously for their corps and communities and six soldiers responded to the call to officership. 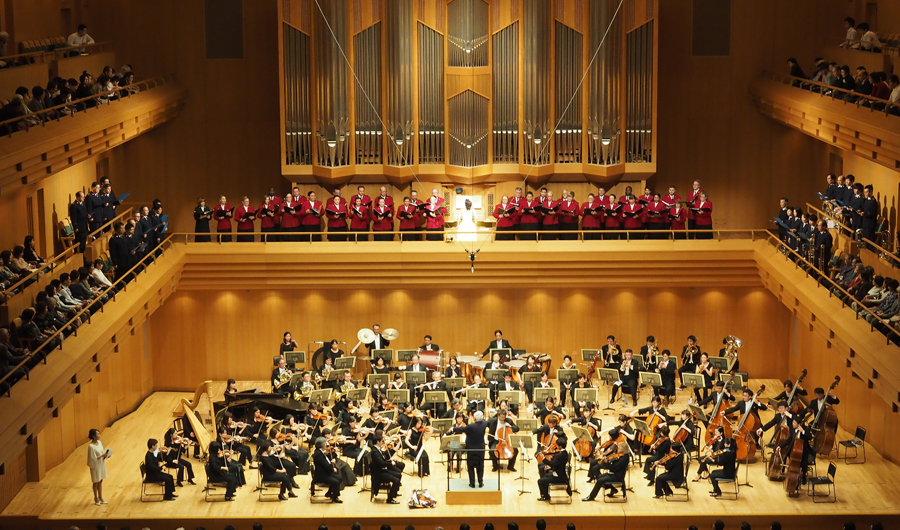