General and Commissioner Cox joined The Salvation Army in Russia for their 25th anniversary.

Salvationists travelled almost 7000km to celebrate the 25th anniversary of restarting The Salvation Army’s ministry in Russia. The Army first began work in Russia in 1910 but was proscribed in 1923 and reopened after the fall of communism in July 1991.

The congress theme was based on Biblical passage, Joshua 3:5: “Consecrate yourselves, for tomorrow the Lord will do wonders among you.” Throughout each congress meeting, these words were confirmed for the Russia Command. 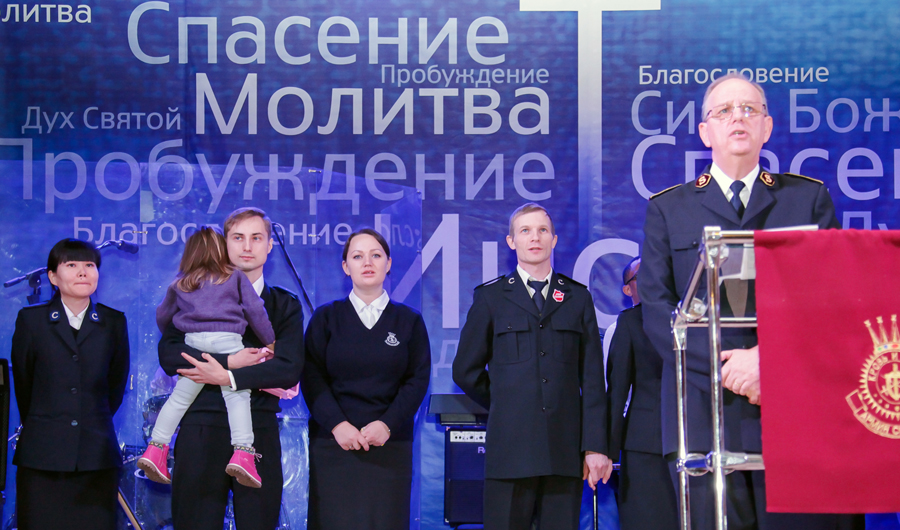 The General opened the congress by sharing about the joy of knowing God. At the Saturday session, the General and Commissioner Cox shared their hearts for the Army to be relevant in the 21st century. He then called all Salvationists to take an active part in the 2017 “Whole World Mobilising” campaign, which aims to encourage the global Salvation Army to go forward in mission.

Later, the General spoke at a men’s rally, challenging his listeners to “live in holiness”. At the same time, delegates at a women’s rally under the leadership of Commissioner Cox heard how precious they are in the sight of God.

The final session on Saturday finished with a youth festival based around the theme “I came to Christ”. Three young soldiers spoke about responding to God’s calling to officership before Commissioner Cox shared a testimony of her journey with Christ. She then challenged listeners to make a personal commitment to Jesus. 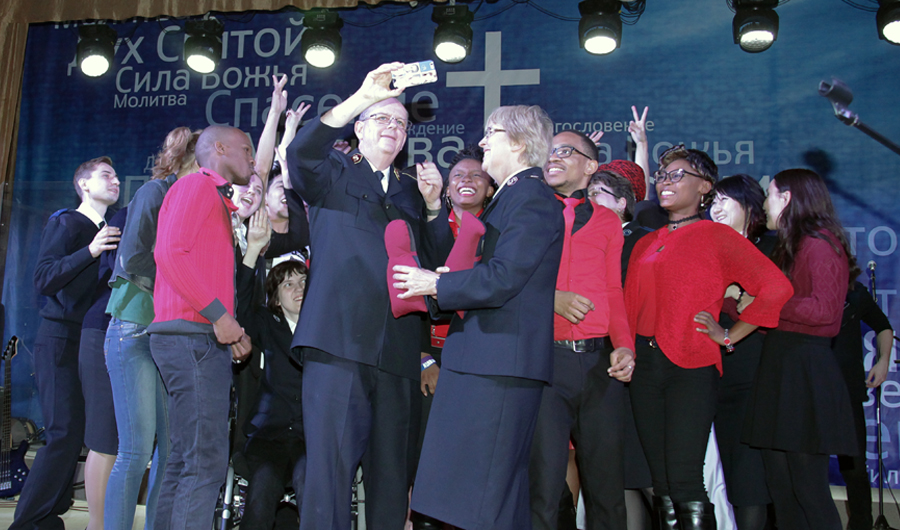 The General and Commissiomner Cox took a selfie with a group of young people.

Many young people responded to the challenge by kneeling at the mercy seat – some for the first time while others renewed their relationship with God. A group of young people then laid their hands on and prayed for the General and Commissioner Cox.

The holiness meeting on Sunday opened with a song, I Have Decided to Follow Jesus, followed by testimonies of personal relationships with Christ. The General spoke about visible grace, encouraging those present to have a living relationship with Jesus. A group of 15 young people responded to the call to officership and many knelt in prayer both individually and in small corps groups.

In the afternoon the General and Commissioner Cox met with corps officers and leaders to encourage them in their walks with God.

Finally, upon returning to Moscow ahead of their flight home, the General and Commissioner Cox spent time at the Karl Larsson Centre connecting with the retired officers, employees and some homeless men from a Salvation Army social centre. 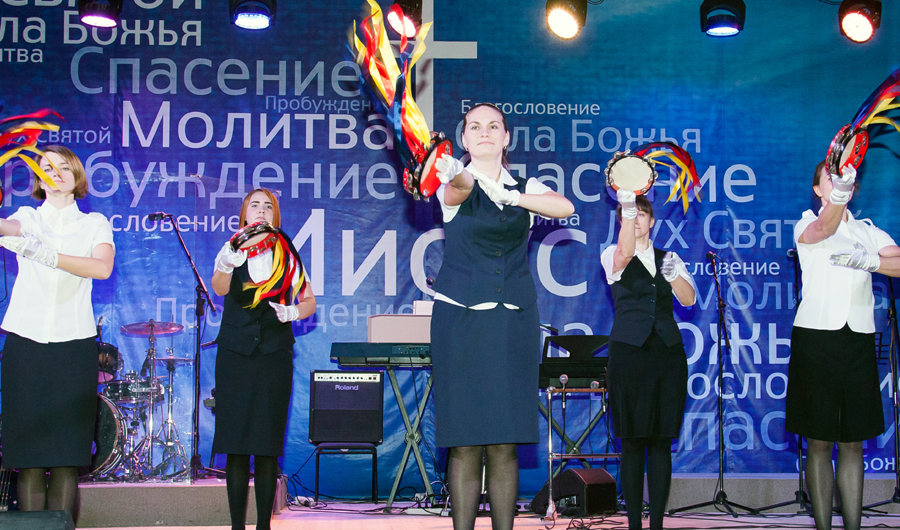 A group of timberelists performed at The Salvation Army's anniversary celebrations in Russia.