The Hodders, Territorial Commander and Territorial President of Women’s Ministries respectively, return to the territory after 11 years of international service at International Headquarters in London and two terms in Kenya.

“They are uniquely qualified to lead this territory forward in achieving all that God has in store for the West,” said the General at the installation service, held at Tustin Ranch Corps. “All the things they have witnessed have enriched their lives and, by God’s grace, he has placed them home in the West for a purpose.”

The General revealed during the commissioners' most recent appointment, as leaders of the Kenya West Territory, that throughout 2016, the territory opened a new corps every nine days and grew its ranks by 9,000 new soldiers. In his Bible message, Commissioner Kenneth Hodder spoke from 1 Corinthians 2:1-5, where Paul explains how people's limitations are natural and essential to the proclamation of the gospel. Paul’s fundamental message, he said, is humility.

He then challenged the congregation and those who watched the meeting via live stream. “As we begin our work together, let us recommit ourselves as individuals, as a territory, as an Army, to Christ and his purposes. May we bring all that we are – as weak and fallible as we are – to him for him to use.”

A week earlier, on New Year's Eve, the international and territorial leaders visited the rehearsal of The Salvation Army's Tournament of Roses Band. For the 98th year on 2 January, the band – this year comprised of members of the Western Territory and the Oslo (Norway) Temple Band – marched in the Rose Parade in Pasadena, California. A Salvation Army band has marched in the parade since 1920, making it the longest-serving band in the parade’s history. 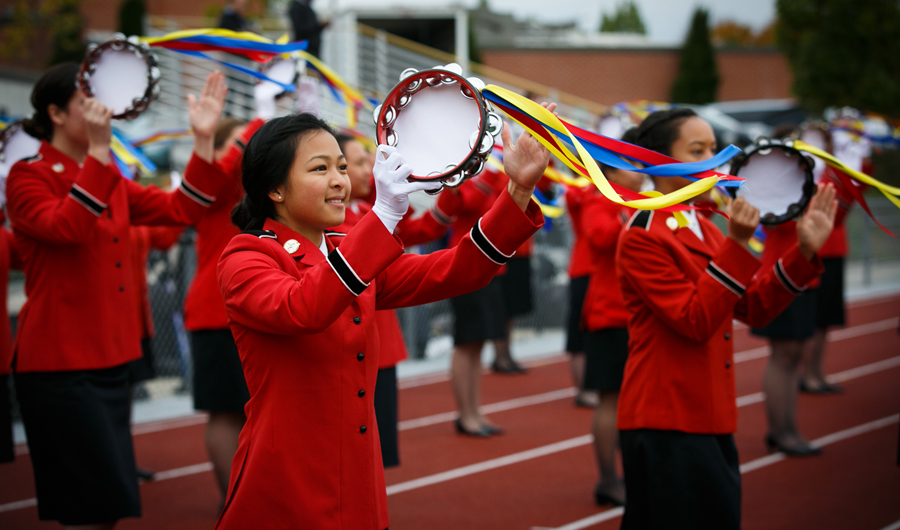 The General delivered a message that evening at Tustin Ranch Corps' annual New Year’s Eve dinner and concert, featuring the Tustin Ranch Band and Oslo Temple Band. General Cox recognised that the events of 2017 are, as yet, still unknown.

“As we stand on the threshold of 2017, this is not a time for us to shy away,” he said. “This is a time when God’s people need to be mobilised, to spread the good news of Jesus Christ, to show the light of God’s love to the world.”

On New Year’s Day, over 700 people congregated at the Los Angeles Central Corps’ united Latino worship service. The service featured a united brass band from six local corps, a kids' choir from five corps, and a praise and worship team from three corps. The General enrolled 29 junior soldiers and more than 40 senior soldiers from across southern California.

Many people of all ages responded to the General’s altar call to renew their vows with God or to accept Jesus as their saviour. “We are not called to remain in 2017 as we were in 2016, because God wants to create something new in our lives,” he said. A praise and woship team leads worship during the the united Latino rally at the Los Angeles Central Corps. Photo by John Docter.

Christin Thieme is the Editor-in-Chief and Literary Secretary for the USA Western Territory.