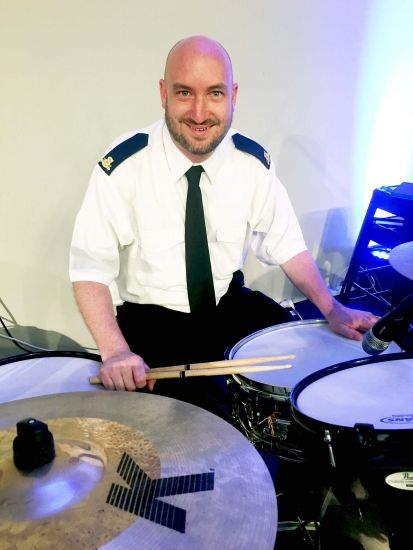 A connection with music helped to draw Jason Follett back to The Salvation Army.

Jason Follett was enrolled as a senior soldier by Wollongong Corps Officer, Captain Phil Inglis, on 27 November. Jason had attended The Salvation Army with his family as a young boy about 30 years ago.

He recently reconnected with the Army and began attending Wollongong Corps, became involved in its contemporary band and then the brass band, before making the decision to be enrolled.