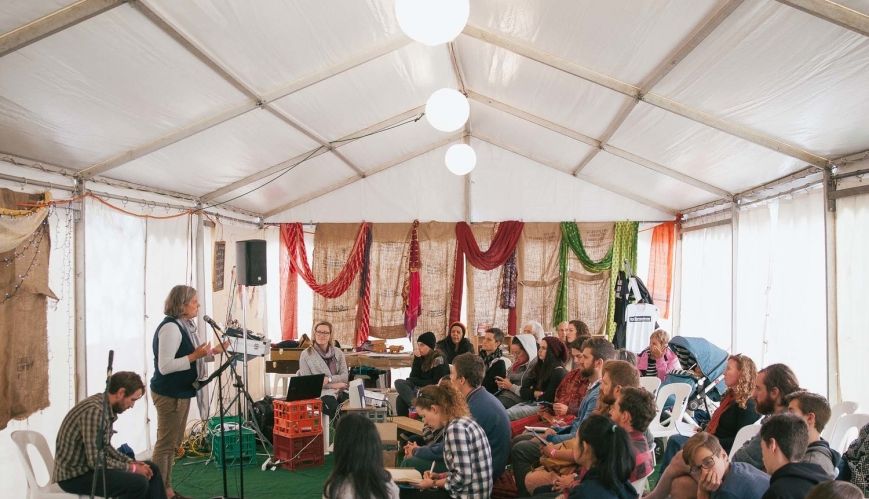 Surrender 17 will bring together justice-based organisations for three days worship and teaching around the theme "embodying the way". Photo: Matthew Henry

Just Salvos is challenging people to see social justice as a fundamental aspect of the Kingdom of God, at the Surrender Conference in Melbourne this weekend.

The annual conference brings together nine Christian social justice-based organisations for three days of thought-provoking speakers and activities, designed to equip people to live out the radical call of Jesus.

Just Salvos, which represents The Salvation Army's Social Justice Department based in Melbourne, has been partnering with Surrender for the past seven years. Amanda Merrett, who is part of the Just Salvos team, says this connection is important in fulfilling the calling of the Army.

“Surrender is actually about equipping people to engage with those who are on the margins of society in a really distinct way," says Amanda. "That’s what sets it apart from other conferences. It is specifically about walking beside those who are in poverty, and I believe that is where God has asked The Salvation Army to engage.”

The Salvation Army will be represented at the conference by 15 staff, speakers and volunteers. Many more Salvos are expected to attend as delegates. This year, among the Army's speakers will be Aboriginal and Torres Strait Islander spokesperson Brooke Prentis and Captain Troy Pittaway, corps officer at Berwick, Victoria.

Just Salvos will also have a pop-up op shop organised by Sale Corps, catering will be provided by Mitcham Corps, and a child’s space where kids and families can come and engage with the conference theme ‘embodying the way’, is being run by the Territorial Children’s Department.

“We have a lot of specialists who deal with specific issues that manifest in Australia," says Amanda. "But we also have more than 150 years’ experience of being a social justice movement.

“We’ve gone through a lot of social change and I think we have some really relevant feedback to give on how our organisation has adapted and kept, or failed to keep, social justice as a core part of who we are.”

To find out more about the conference, go to surrender.org.au/conference