New Lego Club keeps the kids coming back in Caloundra

New Lego Club keeps the kids coming back in Caloundra LEGO® is definitely the main attraction at Caloundra Corps’ new Lego Club, but it’s not just playing and building with the coloured bricks that keep the kids coming back.

The club is structured around a Bible story, a Lego-building challenge and games with LEGO®, but it’s the friendships that are forming and the supportive leaders that are encouraging young people to become regular club members, and invite their friends.

“We wanted to do something to help more community kids connect with the corps,” said Kathy Hughes, ministry assistant. “We also wanted to attract more boys, as it was mostly girls who came to our junior youth group on Friday nights.”

Kathy did some research and the ministry team at Caloundra decided to start the club. “At first we were going to use my son’s LEGO®, but after asking the Family Store manager to keep an eye out for LEGO®, a huge car-boot load came in,” she said. “This was real confirmation that we were on the right track.”

The team advertised Lego Club through the corps’ Facebook page, through the chaplains at the local primary school, and also took referrals from the corps’ family case worker. 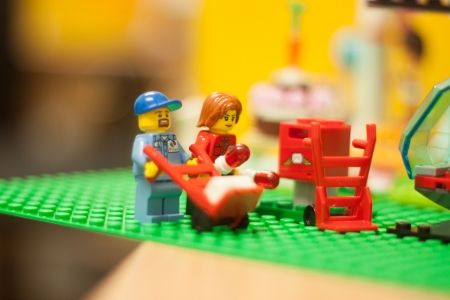 “Ten kids came to the first club and just loved it,” Kathy said. “Our volunteers were all decked out in their new shirts and ready to serve. The kids learnt about the name of Jesus, made their name in Lego, and made something starting with the same letter as their first name. They also enjoyed a paper-bag challenge, where they had to make something with the 25 pieces they had in a bag. We also challenged the adults to a building challenge and a game.

“Each week the challenges for the kids are built around the Bible story. The kids construct something from the LEGO® and then explain to the group what is special about it.”

Each child also receives The Salvation Army magazine Kidzone when they leave and are encouraged to take extra for their friends. Eighteen children now attend the club.

Kathy and her team are planning a Lego Week for the July school holiday vacation care program at the corps, that would also be based on a curriculum and include free play. LEGO® will also be available for kids to play with in the school holidays when they come in with their parents for appointments.