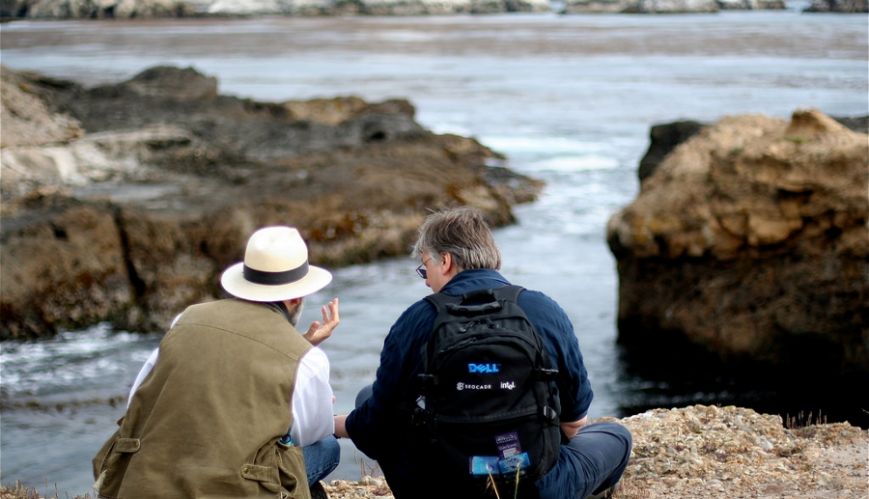 Research into Australian attitudes on faith and belief show that Baby Boomers (people aged between 52 and 71) are the least likely to speak about religion and spirituality with friends.

While the McCrindle research shows that more than half of the Australian population is open, to some extent, to changing their religious views, only four per cent of them were Baby Boomers. One non-Christian from this generation told researchers in a focus group, “I avoid talking about religion, it is too contentious. It is not worth raising my blood pressure.”

Major Jennifer Cloke, Territorial Salvos Caring and Seniors Ministries Consultant in the Australia Southern Territory, says with Baby Boomers accounting for 22 per cent of all Australians, reaching and engaging them should be a top priority for all churches, including The Salvation Army.

“For the Boomers, and the Builders [Australians aged between 72 and 92], you didn’t talk about sex, religion or politics,” she says. “And so, I think to some extent, some boomers don’t necessarily bring it into the conversation on purpose.”

Major Cloke says the way The Salvation Army has approached seniors ministry in the past hasn’t kept up with the changing reality that many Baby Boomers are facing.

“Because we are living longer, older folk now grapple with the fact that their friends around them are dying, their friends have got terminal illnesses, their friends have dementia and there are differing views and debates about quality of life and dying with dignity,” she says. “Many have become grandparents, great-grandparents, and their children, great-grandchildren and maybe great-great-grandchildren are living quite different lifestyles to what they know, understand or would want for them, and yet they know with all of their heart that they love them so this causes a re-think into what and why they believe.”

She says that while Baby Boomers grew up in a time when you would never question anything your pastor, or Salvation Army officer preached, now they are the biggest users of the internet and are using it to question everything.

“A couple of seniors ... have come into their 70s and started wondering about God himself. I think people in my territory would be surprised if I actually named who they were ... [they] have said, ‘Why do I believe what I believe, why do I believe in God?’”

Her experiences seem to be backed by the latest McCrindle research into spirituality and religion. The report, “Faith and Belief in Australia”, shows that just under half of those surveyed who identify with spirituality and religion are committed to the religion their parents brought them up in. One non-Christian Baby Boomer participant suggested that the ability to do their own research is the biggest factor: “People can research religions, there is now the wealth of information, the internet ... Rather than following mum and dad and their footpath, people can research.”

But rather than be dismayed at the statistics, Major Cloke sees in them opportunity. She says the more that Baby Boomers question and research and talk about religion and spirituality in a non-judgmental, safe environment, the deeper their faith becomes.

“[Those seniors that have] gone on an exploration for themselves ... their starting point has been, ‘What if, at the end of this, I discover it’s not true? How will I be?’ That’s phenomenal coming out of an 80-year-old maybe-retired officer’s mouth. And they’ve worked out, ‘Well, I’ve lived a life that’s fed into people’s lives, I’ve lifted people, I’ve still had a good life, so I guess I’m not as scared of that answer as I might have been.’

“Their own exploration has brought them to a much firmer and stronger faith than they had before and yet any of us who know them would have said that they were really, really, strong Christians who would testify, they would do all the things that we would look at as markers of what a Christian is.”

“Two-thirds of our The Salvation Army are over 50,” Major Cloke says. “Why would you not feed that? Why would you not help them to grow spiritually, empower them, train them, use them and value them?

Read another story about the latest McCrindle research.