God's 'Army of angels' lifts Gale out of alcohol-fuelled hole God's 'Army of angels' lifts Gale out of alcohol-fuelled hole

Gale Lamont gives God thanks for her "Army of angels"

I had my first alcoholic drink when I was 13 years old. I loved the feeling that it gave me. When I was 16 and I started working and binge drinking on the weekends.

By the time I was 18 the weekends became longer. Sick leave became more frequent and the excuses went on and on.

At 21, I got married. We were married for seven years and I left that marriage because it was interfering with my drinking.

I was living alone and drinking every day. I got a job with a law firm, a job I still have to this day. However, from the day I started working for the firm, I was going between binge drinking and trying to stop myself from drinking.

It got to the stage where once again the sick leave and the excuses mounted up.

I met another man and married again. We were together for 16 years. When we met, we would drink together. Until he realised that he could stop but I couldn’t.

I didn’t want to because I thought, “I have a handle on this. I am functioning. I am working. I am paying my taxes.”

By the time I was 40, I went into my first rehabilitation for alcoholism. I was mortified that I was in this place with drug addicts – that’s how far my denial went. Here I was, an alcoholic who couldn’t live one day without getting drunk, and I was mortified that I was in rehabilitation with people who were heroin addicts. The problem is one and the same.

I had 22 formal rehabilitations. In that time I tried to take my life. My husband found me one night passed out on the floor. I had stopped breathing. He called the ambulance and I had 13 seizures, one after the other, and ended up in intensive care. I came out of hospital and I kept drinking.

I was in Northside Clinic in 2005 when my husband rang me and said “Gale I can’t do it anymore.” It still hurts. 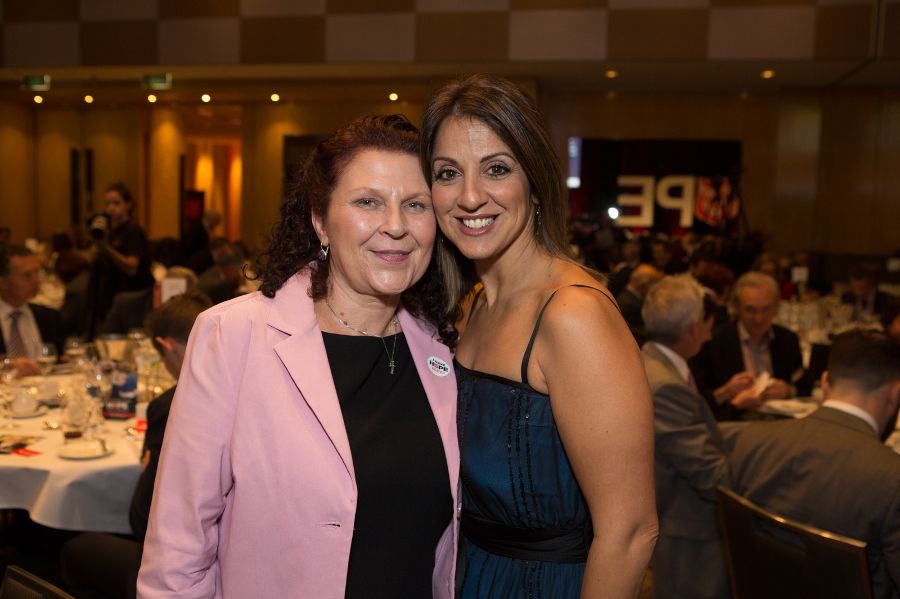 Gale Lamont with Silvie Palandino at this year's Sydney Red Shield Appeal Launch, where she shared her story.

I was living in a beautiful unit in Neutral Bay with a view of the harbour and the Sydney Harbour Bridge. But my days were spent in my pyjamas with the curtains drawn so no one could see me and I couldn’t see them. I was so drunk I couldn’t make it to the bathroom, so I was sitting in my own filth, surrounded by empty bottles and overflowing ashtrays around me.

Northside Clinic refused to take me after my 16th rehab and I moved on to St John of God in Burwood, and I was there five times. In 2009, I was taken to the Royal North Shore Hospital emergency department. The psychiatric registrar said to me, “I am not sending you home. You are going to detox, then I am sending you for a month to Phoenix House and then you are going to Selah Farm, run by the Salvation Army.”

It was a 10-month rehabilitation program on the Central Coast.

From the moment I walked in to Selah, I was treated with respect. I was treated as though I was the only person in the room. I wasn’t judged and I can say I was loved back to life.

The Salvation Army officer who was running the rehab, she was tough, but she was kind. We were expected to work. At Selah there wasn’t a private room and an ensuite, there was a dormitory with four girls to a room and a shared bathroom. We were taught how to live again. We were taught how to be contributors to society and not takers. We were taught the way we were living wasn’t right and it was not good for us. But we were also taught that what we did didn’t make us toxic, that we were not shame on two legs but that it was our responsibility to do something about it.

The Salvation Army treated my disease the only way it could be treated – physically, emotionally, physically and spiritually. At some stage we all feel the big hole that just feels empty. I was trying to fill my hole with alcohol. Now, my God feeds that big hole that was inside of me.

I am seven years and seven months sober.

In those seven years I have become a soldier in The Salvation Army. I help with the administration in the office and am involved in the worship team at my local corps. I am studying a certificate IV in musical theatre and next year I will be doing a diploma. I still work at my law firm, which I love.

Today my days are so full, I sometimes I get overwhelmed. The person I am today is unrecognisable to the person in that unit in Neutral Bay.

I love my “Army of angels”.