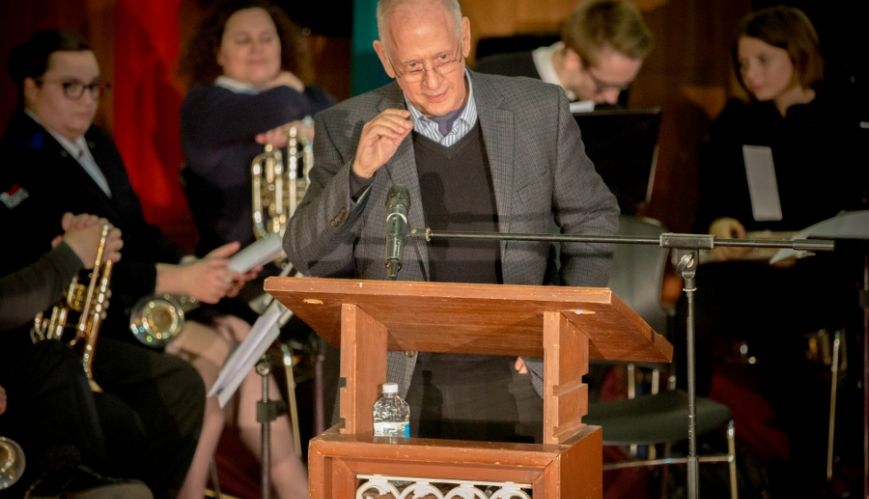 John Cleary led an interactive discussion on the future of The Salvation Army, at a Founders' Day event in Melbourne.

Former ABC journalist and Salvationist John Cleary believes that The Salvation Army’s two Australian territories, mid-merger, “are getting closer to a uniform understanding of holistic mission”.

Cleary made the comment after leading an interactive forum on “foundations for the future”, at last Sunday’s Founders’ Day gathering at Melbourne’s 614 Corps.

Extended celebrations and encouragement marked the 152nd anniversary of Founders’ Day, on 2 July, at Melbourne's Project 614 in Bourke St. The event, which included a reflection on Founders’ Day, book launch and concert by the Salvo Big Band, attracted more than 200 people throughout the day. 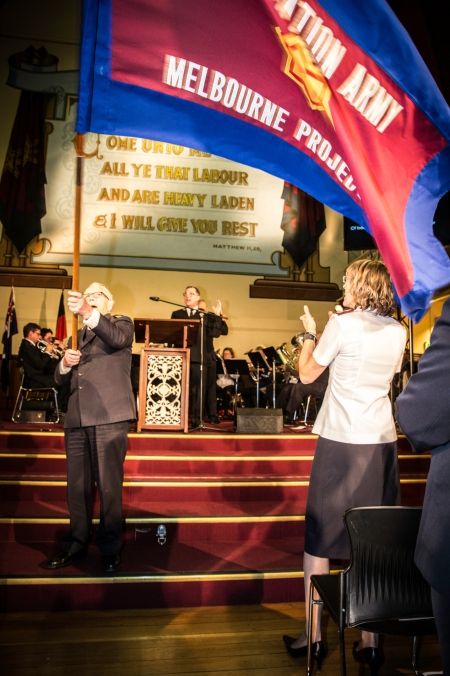 The lively interactive discussion, which featured national leaders Commissioners Floyd and Tracey Tidd, was a highlight of the afternoon, attended by more than 80 people, comprising officers, soldiers, employees, donors, volunteers and clients of The Salvation Army.

National Commander, Commissioner Floyd Tidd, said there were many moments of grace and inspiration throughout the afternoon, commenting that it was profoundly moving for him “to hear soldiers, volunteers, employees, and clients all singing Nathan Rowe’s song I’ll Fight”.

Speaking about the conversation generated by the forum, Commissioner Tidd added, “The heartfelt passion and engagement were notable and I loved that people from the streets, the people whom we serve, were asking us good, hard questions – for example, how will Australia One impact the lives of homeless Australians?

“There was a good balance of questions wrestling with the foundations for the future and the pressing concerns of the present – it was a “keep you on your toes” conversation; a poignant moment, and a reminder that we all serve together; we realised we were standing alongside each other."

Melbourne 614 Corps Officer, Major Brendan Nottle, reflected that the occasion was one of “tempered celebration; of reflection, warmth, inspiration, the sharing of news and information, and a desire to form and nurture partnerships”.

He said engagement with the community was one future foundation, modelled by the 614 corps, “and can be replicated in other locations. The pressing issue is the will to do so and the resources to support that engagement ...”

“For all the serious issues,” he added, “it wasn’t a heavy, depressing day – it was warm and people felt it was a good day to come together as Salvos.”

The Melbourne launch of the book, Partnering with God: Being a Missional Salvationist, by Majors Lyn Edge and Gregory Morgan, was in keeping with the Founders’ Day celebrations.

“If you can generate good personal understandings of mission, then you can build good mission structures,” commented Cleary.

Barry Gittins is a Territorial Social Programme and Policy Consultant in the Australian Southern Territory.

Read our previous article on Melbourne 614.

Read our previous article on the launch of Partnering with God: Being a Missional Salvationist.