Salvos spirit alive and well in Helensburgh thanks to Lauren Salvos spirit alive and well in Helensburgh thanks to Lauren

Lauren Martin is working with her community to create missional communities in Helensburgh, Wollongong's most northern suburb.

For years, Lauren had been praying and asking Salvation Army leadership, often jokingly, when the Salvos were coming to her home town of Helensburgh, 35km north of the coastal city of Wollongong in NSW.

Helensburgh is actually Wollongong’s most northern suburb, but due to its relative remoteness, sitting atop the Illawarra escarpment and bordered by the Royal National Park, the leafy town has a unique village feel with a vibrant community atmosphere.

“During the Red Shield Appeal this year, God finally pulled the scales off my eyes as it dawned on me: ‘The Salvos have been in Helensburgh all along. In me. In my local Salvos Stores and its people’,” Lauren shares.

Lauren had volunteered to help run the Red Shield Appeal in Helensburgh, working alongside Ian Archer who was Director of the appeal in the rest of the Northern Illawarra Zone.

“I’m a people junkie, so for me, it was about coming alongside people and bringing them into community,” says Lauren. “I didn’t really look at it as fundraising but as creating community and opportunities for engagement and giving, which I felt was much more important.

“I believe that all of humanity craves belonging and significance. Jesus gives us both, and The Salvation Army offers both. The Red Shield Appeal was an opportunity to honour people and help them see their significance, as well as inviting them to be part of something much greater than they are.”

Lauren’s goal was to focus on events, not organise collectors. She knew people in her local area were very busy so, together with a fellow Christian, Nina, whose parents are Salvation Army officers, she decided to partner with people in what they normally do, wherever they are at, and do it on behalf of The Salvation Army. 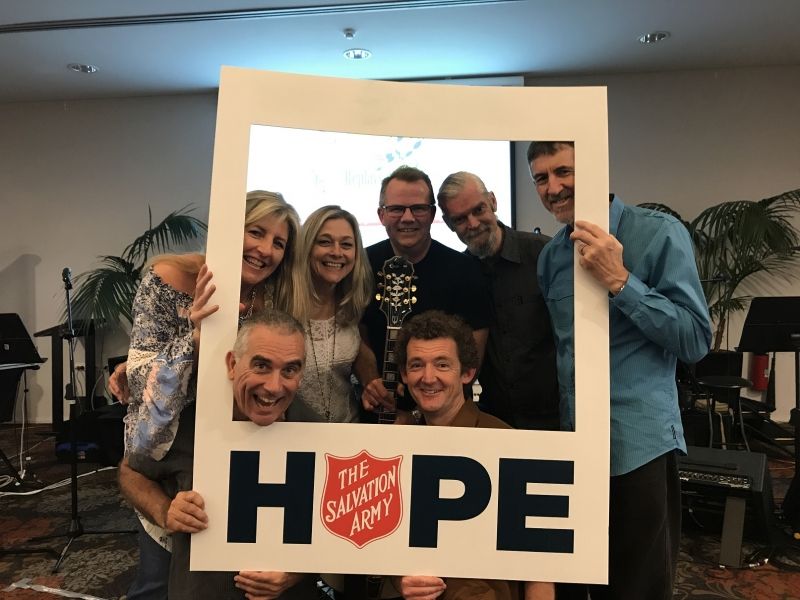 The Hip Replaysments concert at Helensburgh Tradies was a huge success, with more than $2000 raised for the Salvos as people danced the night away!

“We organised a band night at the local club, we approached local businesses to make donations, and the hotel allowed us to collect at Happy Hour,” Lauren explained. “In fact, there were some businesses that I didn’t even approach, who had heard about the appeal through others and wanted to get on board!

The local mountain bike club held their regular club meet but made it a ‘Cycle for the Salvos’ meet, with all registration fees and profits from the barbeque sales going into the bucket.

“Partnering with the Salvos came at no extra effort for those involved – it just required a local Salvo to turn up with a bucket, a smile and a thankful heart. My experience with the Red Shield Appeal taught me that people want to be generous, they just need to be asked. And people want to be part of something bigger than themselves, but many don’t know how, or have never been invited.” 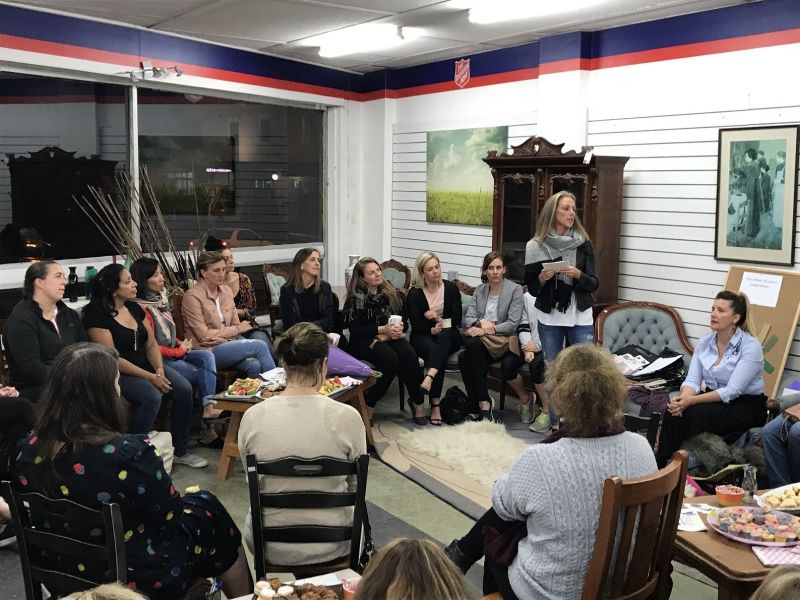 Local stylist Sammy Simpson teaching on how to op-shop successfully at The Salvation Army’s Op Shop for a Cause evening in Helensburgh.

“Op shop for the Salvos” was the one event where people were asked to come to a different venue one evening – the well-known and loved local Salvos Store. Two stylists volunteered their time to shop with those who attended, helping them pick styles and clothes that best suited them. Dessert, tea and coffee were also served.

An extra 20 women attended than were expected, with store couches and chairs being pulled up to cater for the extra numbers. Due to popular demand, another event is being planned for November.

“The Red Shield Appeal created such a buzz in Helensburgh; it was the perfect opportunity for us to be able to keep running with community – building mission,” said Lauren.

“Nina and I are praying about what we can do next, and have met with our local Salvos store manager about future events that create community out of the store.

“We are really in a period of prayer about what God wants us to do next. Like everybody in this fast-paced world, we are busy and time is precious. That’s why we’re praying for God’s direction before we act – there’s no point doing anything if it’s not God-led. 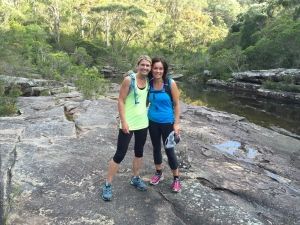 “In the meantime, life continues on as usual. My running partner and I (pictured right) meet weekly to discuss our Bible reading, keep ourselves accountable and pray. That’s church for us. I continue to walk alongside others in my community in friendship and love and I pray for God to bring forth another disciple.

“Creating missional communities is, in a sense, like playing ‘the long game.’ It’s not starting a whizz-bang new, exciting program and expecting people to come, it’s journeying with people for the long haul, showing them God’s reality through who we are as Christians and letting Jesus do the rest.”