The Salvation Army provided immediate, and ongoing, relief to those affected by Hurricane Irma in East Cuba.

The 2017 hurricane season has been particularly destructive for the Caribbean, Central America and the southern parts of the USA, with Salvation Army responders being stretched to their limit.

In many of the affected places, The Salvation Army has been providing hot meals, sometimes through mobile canteens and, at other times, cooked in Salvation Army kitchens and transported to evacuation centres.

The response to widespread devastation has involved many Salvation Army relief teams and local Salvationists and friends from across various territories.

· The Caribbean Territory responded to hurricanes in Bahamas, Turks and Caicos, Antigua and Barbuda, Sint Maarten, St Kitts and Nevis and Dominica.
· The Latin America North Territory is providing ongoing relief in Cuba and Costa Rica.
· The Mexico Territory responded to Hurricane Katia.
· The USA Southern and Eastern Territories are still operating in Texas, Puerto Rico, the US Virgin Islands and Florida (go to salvationarmysouth.org/news/ and saconnects.org for up-to-date information).

The relief phase is almost over in most of the places and the needs of the affected people are turning towards recovery support. Thousands of houses and a lot of infrastructure are damaged and destroyed. Rubble needs to be removed. Schools – and therefore children’s education – are affected. Countless people have lost their livelihoods and means of earning an income. 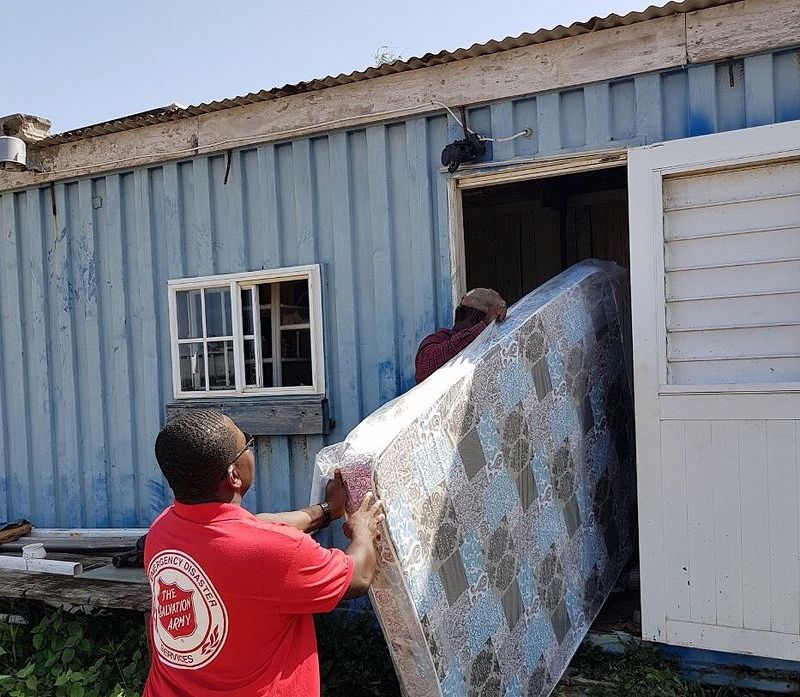 The Salvation Army will continue to provide support and assist these affected communities in restarting their lives and getting back to a sense of normality.

The hurricane season started on 17 August when tropical Storm Harvey formed east of Barbados, strengthened to a category 4 hurricane and made landfall in Texas on 25 August, causing huge damage, particularly in and around Houston.

Over the following days the hurricane moved over to the Dominican Republic, Turks and Caicos, Cuba and southern USA, where Florida bore the brunt of what was one of the strongest hurricanes in recorded history. It left behind major damage and devastation, killing at least 44 people in the Caribbean and 61 in the USA. 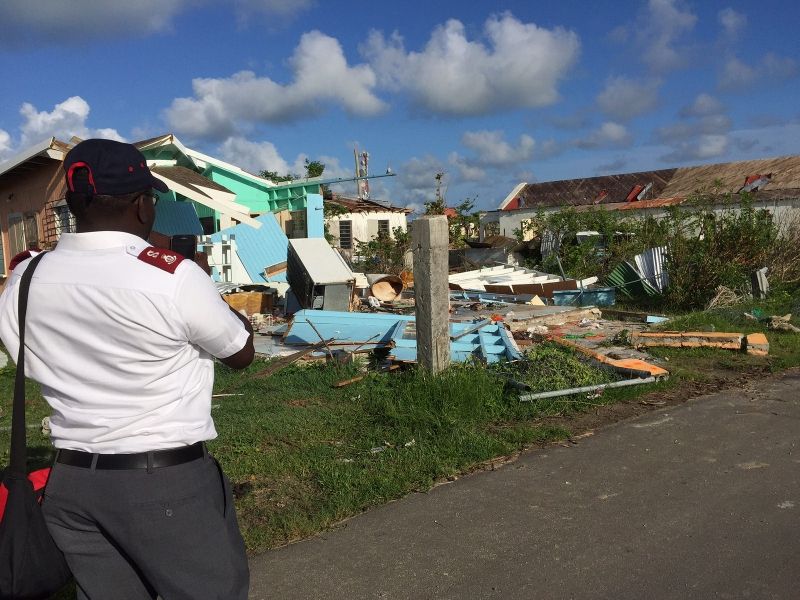 The Salvation Army responded quickly to assist those affected on Barbuda after Hurricane Irma devastated the island.

Before Irma had fully died away, Tropical Storm Jose formed on 5 September, becoming a category 4 hurricane. Fortunately, it weakened again to a tropical storm without causing too much havoc.

A day later Tropical Storm Katia formed in the south-western Gulf of Mexico and strengthened into a hurricane the same day, making landfall in Mexico on 8 September.

Tropical Storm Maria formed on 16 September and rapidly intensified to a category 5 hurricane, hitting Dominica, Puerto Rico and Turks and Caicos in succession over the next six days. The death toll from Maria is at least 48 people in Puerto Rico and at least 15 in Dominica. Most buildings in Dominica sustained damage and schoolchildren were evacuated to Antigua and Bahamas to attend schools there.

On 5 October Tropical Storm Nate formed near the coast of Nicaragua. At least 28 people were killed after Nate passed over Costa Rica, Nicaragua and Honduras.

Two months after Hurricane Irma laid waste to their island, 95 per cent of Barbudans are still evacuated to Antigua, with no expectation of an imminent return. The Salvation Army is providing hot meals to one evacuation centre housing 50 people and weekly food parcels to another 150 families who are staying with host families. On Dominica, 150 people are provided with a daily hot meal and food parcels are distributed to 140 families.

After Hurricane Irma hit Sint Maarten, The Salvation Army hosted 35 people at the corps for three days and another 45 when the warning came that Hurricane Maria was imminent. It is still supplying food parcels to 575 people in three communities. 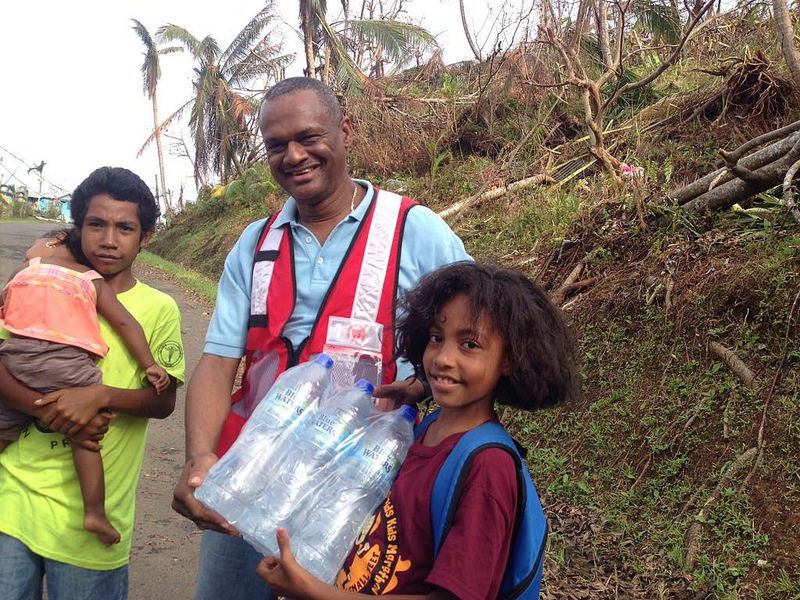 Families in Dominica received emergency relief supplies from The Salvation Army in the aftermath of the hurricanes.

For the first couple of weeks after Irma hit, The Salvation Army provided 15,000 meals in Turks and Caicos and 200 meals per day in the Bahamas. Fifty people are still receiving food support on St Kitts and Nevis and about 700 on Cuba.

In Mexico, 200 meals were provided daily for four days after hurricane Katia hit. In addition, 120 families received a food parcel. This was also during a time that the Mexico Territory was responding to earthquakes in Mexico City and off the southern coast.

In addition to food, The Salvation Army also gives out non-food items such as mattresses, tarpaulins, hygiene kits, cleaning kits, flashlights and blankets. So far, 250 families have been supported with such items in Sint Maarten, 130 in Dominica, 20 on St Kitts and Nevis and many more in Turks and Caicos, Cuba, Costa Rica and other places, often in partnership with organisations such as Samaritan’s Purse, Hope for Haiti and others.

Donations can be made online at sar.my/amappeal