"It's never too late for full-time ministry" 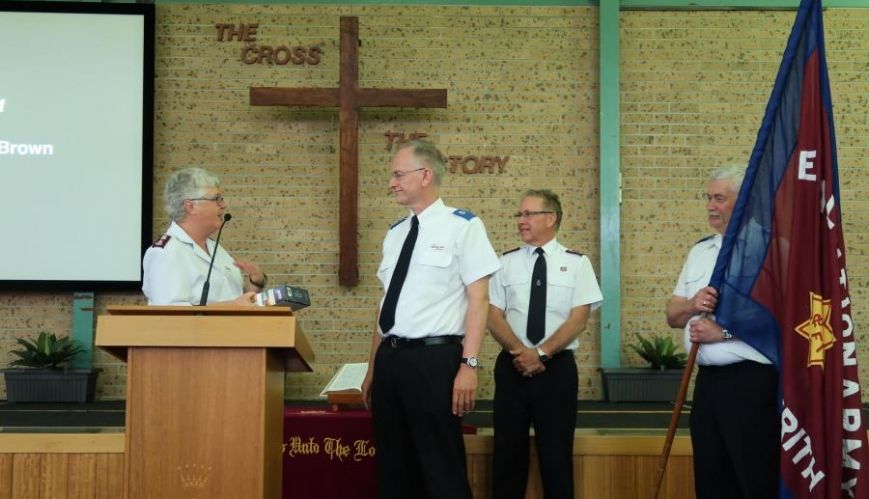 "It's never too late for full-time ministry"

Russell Brown has been appointed an Auxiliary-Lieutenant and take up his appointment as Corps Officer of Fairfield Corps in early 2018. PHOTO: Rochelle Hide.

Auxiliary-Lieutenant Russell Brown, the newly appointed leader of Fairfield Corps in Sydney, has this message for Christians: “Whatever your age, don’t ignore your calling because it’s never too late for God to use you.”

The nearly 55-year-old first felt called to Salvation Army officership 15 years ago, and had his calling confirmed numerous times, including one Sunday when his then-corps officer came up to him out of the blue, threw his jacket over his shoulders and said, “You need to be an officer or a minister.”

“Since then I’ve had people say to me, ‘Oh are you a minister?’ or ‘You should be a minister’, and all of these funny things have happened and I must admit that a lot of the time I was trying to back away,” says Aux-Lieut Brown, who, due to various circumstances was unable to act on his calling for more than a decade.

Aux-Lieut Brown grew up in a non-church family and became a Christian at the age of 24 after friends invited him to church. He spent many years at a Baptist Church in Sydney and was part of Hillsong back in the days when it was known as Hills Christian Life Centre. He felt drawn to worship at The Salvation Army after taking on a job as welfare manager of the Penrith Freedom Centre in Sydney’s west in 2009.

When he moved into a role as Family Ministry Coordinator at Penrith Corps, Aux-Lieut Brown got to experience full-time ministry and, with the support of his then-officers, Majors Phil and Di Gluyas, plucked up the courage to finally act on his calling. He submitted a request to become a Salvation Army envoy (an officer who has not completed residential training at The Salvation Army’s School for Officer Training).

That was nearly three years ago. “It took a long time,” he says, acknowledging the fact that the Australia One merger of the two territories, and the fact that the envoy role was changed to auxiliary-lieutenant, no doubt slowed the process down.

“Also, I placed caveats on it I guess,” he says. “I said I can’t go too far, so really I have to be not much more than half an hour from home [due to family commitments]. So that limited everything. That’s why I thought they would just say ‘no’ which was fine.

In June this year Aux-Lieut Brown received a call from The Salvation Army asking him if he was still interested. “I said, ‘well of course, I wouldn’t have put my hand up otherwise,’ and I said, ‘I believe I’m called but I’m well aware that if you can’t offer anything then that’s fine’.”

What followed was a commissioning to the rank of auxiliary-lieutenant and an appointment to lead Fairfield Corps, which he will take up in January 2018.

“I’m so grateful to God for leading me this way,” Aux-Lieut Brown says. “It just makes me think, ‘There is hope for all Christians who feel they are led this way. Even if God had called you into ministry when you were a teenager and you’re my age now, it can still happen, it’s not too late. That’s exciting stuff!