Salvos Christmas memories of a lifetime 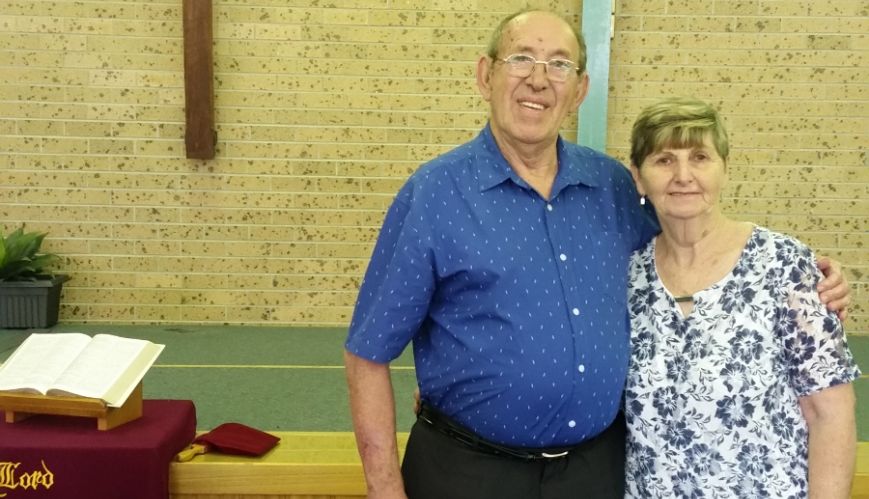 Salvos Christmas memories of a lifetime

“I used to wake up Christmas morning, and there’d been all these toys and food. I never missed out thanks to The Salvation Army.” – Geoff Poole

As Geoff Poole helped distribute hampers and toys through The Salvation Army’s Penrith Corps last Christmas, he says he felt deep joy knowing that hundreds of children would wake up to presents under the tree.

It meant a great deal to the 73-year-old grandfather of nine, mainly because that sense of joy through the generosity of strangers was something he had experienced first-hand as a child in post-war England.

“I still remember the feeling on Christmas morning. I’d wake up and there would be all these toys under the tree and then lovely food,” Geoff says. “For many years I was too young to realise it, but eventually my mum sat me down and explained that The Salvation Army had helped us for a number of Christmases when I was young.”

After the war ended, Geoff’s father left and returned to a Canadian wife and family. In turn, Geoff’s mother was left to face the social stigma of being a single mother, having to fend for herself and her young son.

While they weren’t desperate for help, Geoff says he and his mother did receive assistance from the Salvation Army at Christmas time.

“My mum was a great mum and worked very hard (and my grandparents were also very supportive) and there was always food on the table,” he smiles. “And really at that time we didn’t expect a lot. Mum would give me nine pence a week for a movie or some sweets and it would feel like a million dollars to me.

“But I do really have a lot to thank them (Salvation Army) for – because I probably wouldn’t be talking to you today if they hadn’t been in my life.”

The Salvation Army stepped into Geoff’s life once again when authorities tried to separate him from his family as part of the post-war child migration scheme.

Geoff still finds it emotional to talk about, and says: “My mum said ‘nobody is taking you from us’.  So my mother, my grandfather and grandmother and people from The Salvation Army – they worked together to make sure I stayed where I was. They all fought together to keep me in England with my family.”

In 1969, Geoff migrated to Australia (as a skilled nurse). Eventually he had his own children and, despite distance, his family life has grown ever-richer.

“My sister in Canada contacted me about 20 years ago through the Salvos (Family Tracing Service) and we have communicated ever since,” he explains. “I now communicate with the whole family in Canada like we’ve known each other all our lives. My younger sister ... she and I (especially) have so much in common. It’s lovely to have that family connection.”

Since recently retiring from a nursing career he loved, Geoff has become an enthusiastic Salvation Army volunteer. Together with wife Janice (who brings another three sons, three grandchildren and two great grandchildren from a previous marriage into their already rich lives), Geoff carries out pastoral visits in their local nursing home, weekly street ministry, collection and much more.

Geoff says 2016 was their first year distributing Christmas toys and hampers. But it definitely won’t be their last.

“People in need had been invited to come and pick what they wanted for their children – and we were handing out the gifts. It was very moving at times. You would get a parent crying, and saying ‘thank you, thank you’,” Geoff explains.

“Some brought their kids with them and to see the smiles on the little faces was such a wonderful thing ... and it was also lovely to know these kids would get to go to the Christmas tree and find that Santa Claus had not forgotten them (no matter what circumstances their families were in).”

In the past year, searching for a local church that felt more like home. Geoff and Janice were thrilled to discover the Penrith Corps at Glenmore Park.

Geoff says: “I do have a sense of God looking after us. The day we walked in we were just welcomed with open arms. It was just wonderful. They are lovely people.

“We get up in the morning and thank God for a good day. We always say thank you to God, and Jesus – because there’s just so much to be thankful for.”