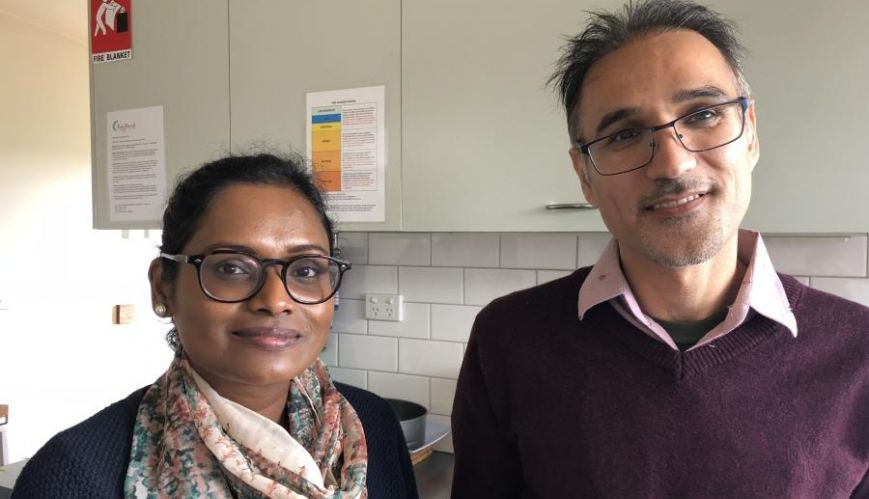 A new Salvation Army social enterprise in Melbourne is providing work for new arrivals and raising money for mission at the same time.

Captains Monty and Mera Bhardwaj are Salvation Army Intercultural Ministries officers based in Melbourne. Their church is a growing body of people, without a building.

They coordinate a number of Salvation Army organic church expressions that are naturally multiplying as new believers are discipled and start telling others about Jesus.

As they journey with their flock, who are mostly new arrivals from regions such as the Middle East, India and Africa, gathering around meals is a central part of worship. And the food is delicious!

“Melbourne University approached us and asked if we could cater for them because we, together as a community, cook food for our weekly and monthly gatherings along with special occasions, so we cooked and served food for about 70 delegates,” said Captain Mera. “They really liked it.”

The experience provided income for the mission of The Salvation Army Intercultural Ministries. It also planted the seed of an idea, which Captains Monty and Mera prayed about and developed further.

“We had people from our community coming to us and they were speaking about their financial difficulties and assimilation and all those things ... so we thought ‘maybe we should start something for these guys and at the same time we can generate some income’.”

Salvos Catering operates on a 50/50 income split. Fifty per cent of the profits go to the contractors who work on each job, and 50 per cent goes into The Salvation Army’s Intercultural Ministries, moving Captains Monty and Mera’s role towards financial sustainability. 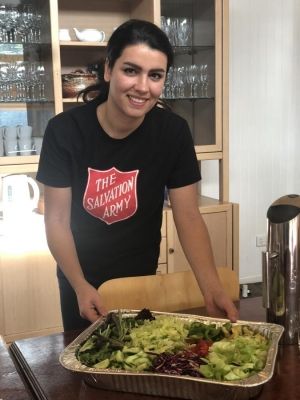 Iranian-born Saeid and Neda (pictured right) work together at Salvos Catering. “I love cooking and in this time I have my little daughter and I couldn’t go out to work and I think it’s a good situation and opportunity for me,”said Neda.

The couple left Iran with their two-and-a-half year old son in 2013 due to increasing religious persecution. Saeid’s cousin, who introduced them to Jesus, spent six months in jail before fleeing the country and a few years later both Neda and Saeid felt that life in Iran had become too dangerous. They paid smugglers, who promised them passage on a ship to Australia. What they got was an unsafe, rickety boat. But by then, it was too late to turn back.

They spent a month in mandatory detention on Christmas Island and another month in detention in Adelaide. When they arrived in Melbourne, Saeid began volunteering with the Salvos as he pursued his studies in accountancy (he has a Bachelor of Accounting from the University of Iran but needs to requalify to work in Australia.)

Through volunteering, Neda and Saeid and met Captains Monty and Mera (pictured right) and began a Bible study. “We started with two families and now it’s grown to nearly 35 families,”Saeid said. “We just started telling people who were non-religious –because most Iranian people are non-religious. We try to tell those people about God and who Jesus is.

“We help them and then they become part of our story and they start to do God’s mission to help other people and save others.”

And, in an environment of discipleship multiplication, Salvos Catering provides just another opportunity to share Jesus.

“How they got connected to the social enterprise is part of our people’s journey,”said Captain Mera, “and the story of their journey is a testimony itself. They have found Jesus and they feel like they’re free from all burden of sin and they are allowed to work ... Jesus is at the heart of that.”