To mark the 50th anniversary of the Australian Army Band Corps on August 2, the Australian War Memorial honoured Sergeant William Arthur Gullidge, Bandmaster and Stretcher-Bearer of the 2/22nd Australian Infantry Battalion in the Second World War during their Last Post Ceremony.

Every evening at approximately five minutes to five, the War Memorial farewells visitors with a moving Last Post Ceremony in the Commemorative Courtyard.

Each one features the story behind one of the names on the Roll of Honour – the list of members of the Australian armed forces who have died during, or as a result of war service, or for Post-1945 conflicts, warlike service, non-warlike service and certain peacetime operations. 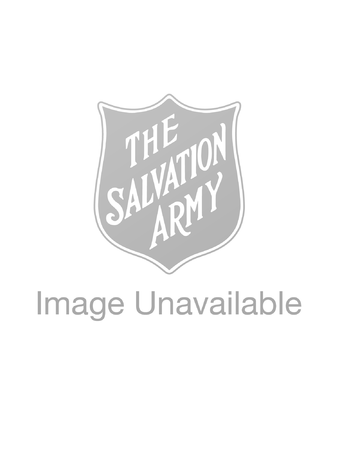 In light of the fact that Thursday 2 August marked the 50th anniversary of the Australian Army Band Corps, Sergeant William Arthur Gullidge (pictured right), Bandmaster and Stretcher-Bearer of the 2/22nd Australian Infantry Battalion in the Second World War, was chosen.

“It is quite significant,” said Salvation Army Red Shield Defence Services Chief Commissioner, Major Brett Gallagher, of Arthur Gullidge being chosen. “As you would imagine, tens of thousands of service men and women have paid the ultimate price so once in a lifetime someone’s story gets read at the War Memorial. So, it was a very significant occasion for not only the Australian Army Band but for The Salvation Army as well.”

Arthur Gullidge is revered as the one of The Salvation Army’s noted composers and arrangers of brass band music. He was the bandmaster of the Brunswick Corps Band when the war broke out. He enlisted with a number of his men and together they formed the core of the 2/22nd Battalion Band. Members of the band, as stretcher bearers, soon faced the reality of war when they arrived with the battalion in Rabaul, New Guinea. It was here, amid the trauma of the battlefield, that Gullidge was to write a piece of music that would forever regard him as one of the Army’s great composers – Divine Communion.

On 23 January 1942, Japanese forces invaded Rabaul and of the 1400 Australians defending the town only around 400 made it safely back home. Arthur, with 15 of his fellow bandsmen, was taken prisoner by the Japanese and along with other prisoners of war, was embarked on the Japanese transport ship the Montevideo Maru. On 1 July 1942, the Montevideo Maru was torpedoed off the coast of the Philippines by an American submarine. In what was one of Australia’s greatest maritime disasters, 1053 prisoners lost their lives. 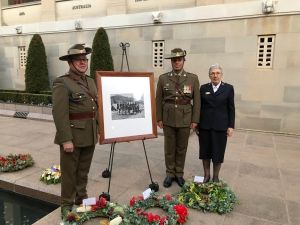 Representing The Salvation Army at the Last Post Ceremony remembering Arthur Gullidge was Major Gallagher, Captain Kathie Crombie (representing the Territorial Commander) and Salvationist Stephen Button, who is a major in the Australian Defence Force and the Officer Commanding/Music Director for the Australian Army Band in Brisbane (pictured right).

Major Button said Arthur Gullidge has long been a man he looked up to. “My heritage is as a fifth-generation Salvationist ... I grew up as a young fella aspiring to be a bandsman.

“When the bandmaster would bring out the music and the name on the top-right corner was Arthur Gullidge as the author, arranger, composer, ... I think names like that are names we would associate as ‘greats’ of The Salvation Army and ‘greats’of military music making. Like Arthur Gullidge, Major Button is also a life-long Salvationist, has served as bandmaster and has written, performed and conducted music. He said it was an honour to place a wreath at the Last Post Ceremony to commemorate a man he has ‘known’, in a sense, all of his life.

“He was a very special person, not just for The Salvation Army but he was also sought after by the Australian Army for writing music as well,” said Major Button. “He wrote many collections of band music for ceremonial occasions, hymn tunes, national songs and even some of our standard bugle calls that remain extant in our organisation today.”

Lauren Martin’s source for this article was taken from an article by Major David Woodbury, first printed in The Salvation Army’s Hallelujah! magazine.

The Salvation Army Museum and heritage Centre at 69 Bourke Street, features the story  of Arthur Gullidge. The museum is open Monday to Friday and the first Saturday of each month. Phone 03 9653 3270 for further details of times, tours, or arranging a speaker for your group and information on the world's oldest film studio.