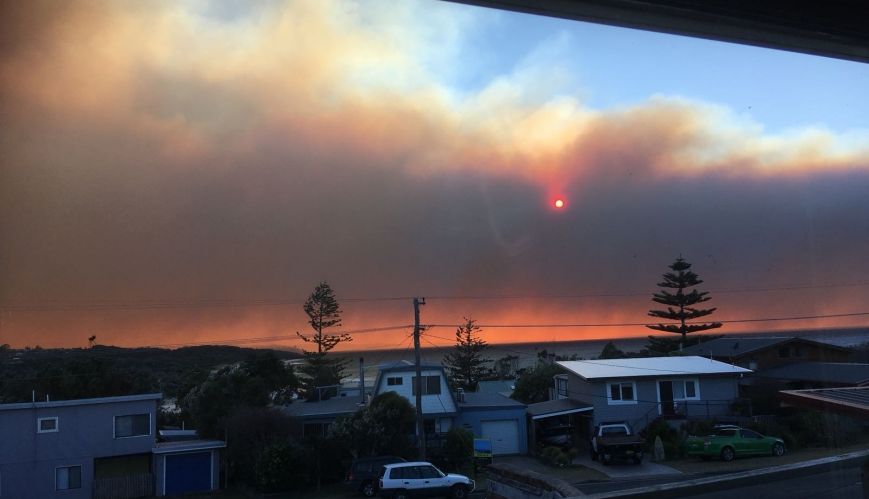 Fires threatened the towns of Nowra and Ulladulla on the NSW South Coast earlier this week.

The Salvation Army has been on the ground assisting residents and emergency services workers in areas of New South Wales experiencing out-of-control bushfires over the past 48 hours.

“With the current dry conditions across the state, our teams have been on a very high readiness footing across NSW for anything that could occur,”says Salvation Army Emergency Services (SAES) Director, Norm Archer.

SAES teams in Nowra and Ulladulla, on the NSW South Coast, were deployed yesterday as bushfires threatened residential areas.

Lieutenants Matthew and Jodie Sutcliffe from Shoalhaven Corps were deployed to the evacuation centre in Nowra where they served food and refreshments to around 400 people, mostly school children whose school had come under threat.

Major Colin Young, the Emergency Services Coordinator for NSW and ACT, assisted further south at Ulladulla where the SAES worked with various other agencies to coordinate the evacuation centre at a local civic centre.

While firefighters say they will contain the blazes, Salvation Army teams across NSW, ACT and Queensland are remaining in a state of readiness with high winds and dry conditions set to continue.

“We’ve done a lot of training this year,”says Major Young. “We’ve got new people on board and a great level of enthusiasm. With the new equipment we have been able to buy in the past 12 months we are going to be in a better position to be able to help others if and when incidents do occur.”