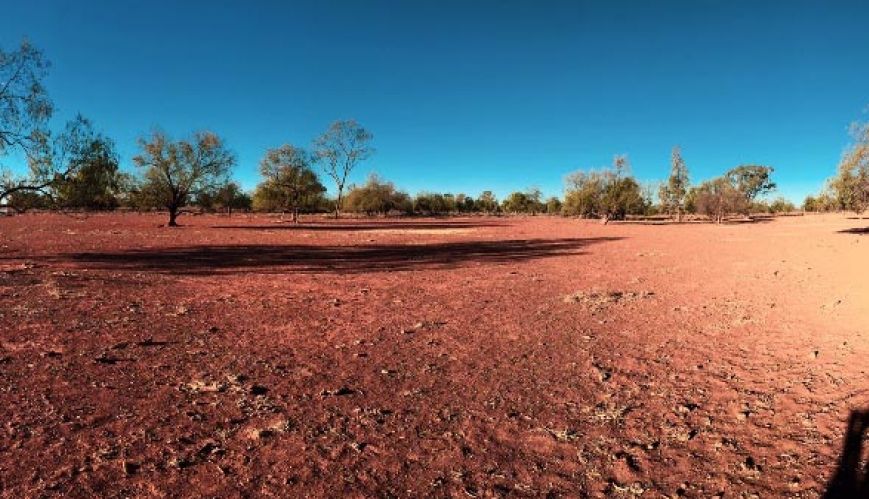 The Salvation Army is focusing its drought assistance on helping struggling farmers as they battle to save their animals and properties – their livelihoods and much of the nation’s food supply.

Through the rural chaplains, corps and area officers, the Army is also providing emotional and spiritual support to the farmers and their communities as they face the impacts of one of the country’s longest and most devastating droughts.

Farmers, when they can afford the petrol, are also coming into small rural towns for assistance.

“We are seeing so many farmers coming in to town for assistance for themselves and their families, especially for food, because all their resources on the farms are going to feeding their animals,” said Major Gaye Day, Corps Officer at Gunnedah, 430km north west of Sydney.

“They are also seeking help with electricity bills and other regular bills. We are referring many farmers to our Moneycare (financial service) workers who are helping them fill in the forms for government assistance, and also assisting those in need who don’t quality for assistance.

“They are also giving them additional financial advice and things they can try to help.

“Our team is also giving referrals for all kinds of assistance and letting people know what services and help is out there. The support and information is there; it’s helping people find it when they need it most.”

Major Gaye, Captain Richard Day and their team are helping to meet people’s immediate needs by supplying food hampers to farmers, using food donations that come in, primarily from supermarkets Woolworths and Aldi.

The list of struggling farmers, who now receive these hampers, is growing.

The Salvation Army has also opened its centre so farmers can come in to have a shower and wash their clothes – so they can save water on the farm.

The Army team is also involved in community fundraising and support activities, such as farmers’ breakfasts and a fun day in the park.

“Anything that happens in the town now is always drought-based,” said Major Gaye. “The town is certainly banding together to support each other, but if you’re the battling farmer, it’s still lonely and hard.”

Emotional and spiritual support is also a growing area of focus for the team.

“The rural chaplains are in this role, but we also have farmers coming to us in tears, and we listen to their stories and give all the support we can,” explained Major Day. “They come in for a chat, to tell their stories, and know we are here for them emotionally.”

Impact on the towns

Major Day explained that, as a result of the drought, other small businesses in the town are also going out of business, leaving many people struggling financially.

“Nobody can afford to buy things from small businesses,” she explained. “The grass isn’t growing so the lawn-mowing businesses have closed; people can’t replace windscreens so the owners of that business are personally struggling with keeping the business, rent and farm afloat. Farmers can’t replace tyres on their vehicles, so another business is going downhill.”

Farmers and townspeople alike also are not accessing the medical services they need – with no bulk-billing facility in the area, and having to travel for specialist appointments.

“There are a lot of tears in our community, a lot of sadness and heartache,” said Major Day. “Our people are battling and many seeing dark days, but there is still hope.”

The public has donated just on $895,000 to The Salvation Army's drought response.

“But the best news is that we are getting assistance to farmers quickly,” said Andrew Hill, The Salvation Army’s Community Fundraising Director.

Below is Andrew’s report from 28 August:

Ninety-two per cent, or $707,722, of this is financial assistance in EFT Payments. This is a jump of approximately $298,000 and is the biggest contributor to the increase this week.

Six per cent, or $48,265, of this is food (either in-kind or EFT Payments or Woolworths Wish cards).

We have an army of compassionate officers and employees who are meeting people at a time of crisis with financial, emotional and spiritual support.

Today in Dubbo, over 30 officers and employees are meeting to review The Salvation Army’s drought response and find ways to serve this community even more effectively.