The Salvation Army’s Gender Equity Committee has continued its consultation with Salvation Army officers, employees and members through recent workshops held in Melbourne and Sydney.

“This isn’t about men versus women ... but highlighting some of the power challenges that exist," Robyn told the Sydney workshop. "Gender equity really is about equal enjoyment by women and men of socially valued goods, opportunities, resources and rewards.

“Gender equity does not mean that women and men become the same, but that their opportunities and life chances are equal.” 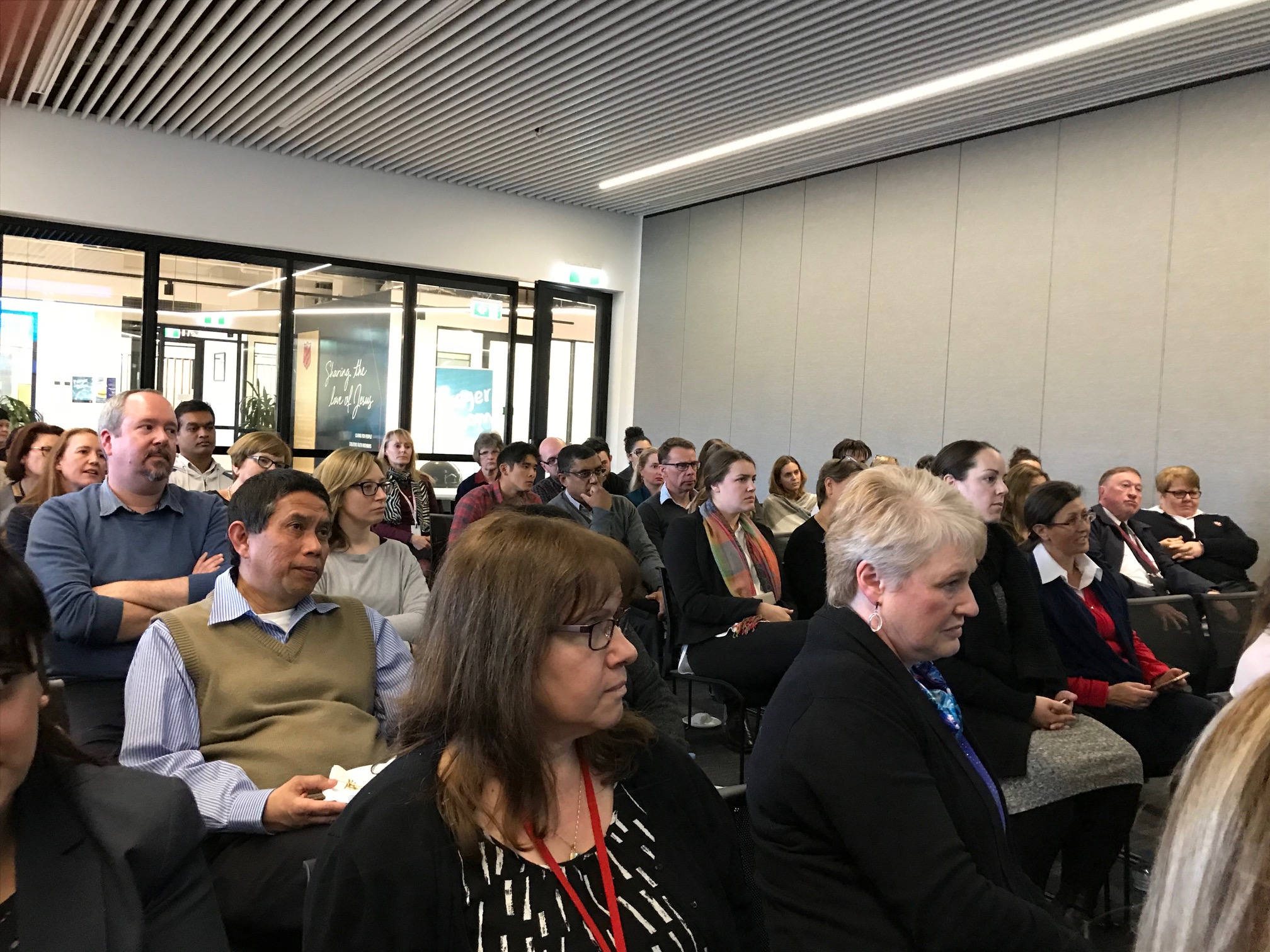 Those attending learned about the biblical foundations for gender equity, and the desire of the founder of The Salvation Army, William Booth, that those within the Army would have equal opportunity to fulfil their calling.

“This is a quote from William Booth,” said Robyn. “‘First and foremost, I insist on the equality of woman with man. Every officer should insist upon the trust that woman is as important, as valuable, as capable and as necessary to the progress and happiness of the world, as man.’”

In Sydney, the workshop was live-streamed so that people not at territorial headquarters could listen and take part.

Gender Equity Advocate, Colonel Julie Campbell, then joined Robyn to answer questions. She told those present in Sydney that her appointment was initially to look at the role of women officers, particularly married women officers, but it has since grown.

“The more we speak with HR (Human Resources Department) and we look at the statistics and the opportunities for women throughout The Salvation Army, the Mission Team are also looking at diversity ... so this is a huge topic for us and we want to ensure that we have a basic understanding and then we can explore more.”

Questions from those present at the Sydney Gender Equity Forum and those watching online focused on issues such as an inequality in paid maternity leave throughout different sections of The Salvation Army, having males in leadership speaking strongly about gender equity, and the biggest issues facing The Salvation Army in tackling equality.

The Salvation Army in Australia has a minimum target of a 30 per cent minimum representation of women on its boards and is working with HR on various other strategies around the issues of gender equity and flexible working arrangements for both officers and employees.