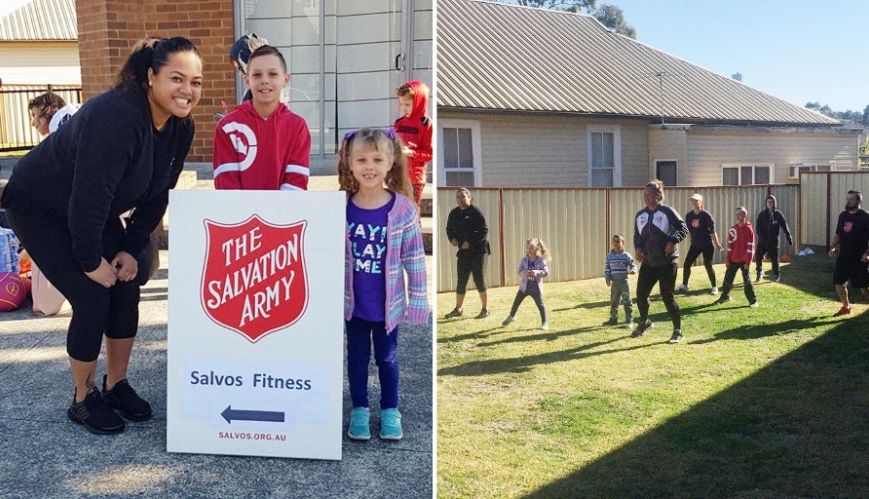 Salvos Fitness is a new social enterprise of Merrylands Salvos that runs at the former Granville Corps building.

The Salvation Army’s ministry in Australia’s biggest city is changing, with new expressions in some areas and, in others, a re-imagining of old spaces.

Lieutenants Jacqueline and Matthew Gluyas (pictured right) have been handed the task of establishing a Salvation Army faith expression in the huge expanse of new housing from Oran Park to Badgery’s Creek, which will place The Salvation Army in the heart this booming new city.

The couple say their new appointment is both exciting and daunting, after having led the Army’s work for the past five years at Maroubra in Sydney’s Eastern Beaches, where they worked with people experiencing poverty, disadvantage, loneliness and mental health issues.

“Regardless of what your socio-economic status is, I think everyone has a desire to belong, to be known, to be loved, to have somewhere where they can find purpose,” says Jacqueline. “The needs will be different wherever you are, but I do still think there is still that hardship and injustice all across Australia. It’s just different for each person and that’s where it’s so important for it to matter about the one person. It’s about the fact that each one person is important and we need to work with each one person to see their lives transformed by the love of Christ.”

Matthew says their new appointment is not necessarily to establish a corps, but to create a new faith expression, and what that looks like will be shaped by God.

“The estate that we are living in has a community-run centre in it and there’s a whole range of different activities –there’s health activities, sports activities, kids programs and so rather than us actually beginning those programs (which was our story at Maroubra) we are just going to relationally get involved in those spaces and see what God brings from that.”

Another new expression is starting in the western Sydney suburb of Doonside. Captains Sandra and Ashish Pawar (pictured below, right) have been appointed Multicultural Plant Officers in Doonside, where they are establishing an organic ministry based around their home and local cafes and parks.

They both trained in the USA Southern Territory, although Sandra is originally from Australia and her husband is from India. They have served as corps officers in the US, as well as Southwark in London. They have two children, aged 7 and 4. 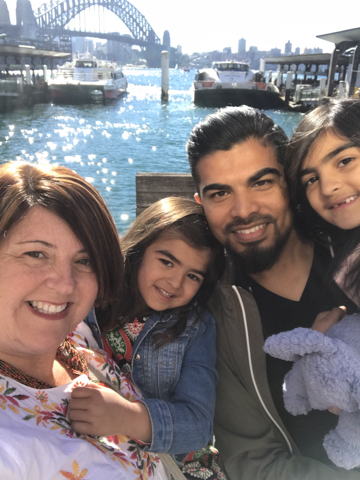 “One of the first things that we did to get to know people in our neighbourhood was that we went around our street and invited everyone to our house for drinks and refreshments on a Friday night,” says Sandra. “We discovered that there’s a lot of different cultures and nationalities just in our street alone. We had about six families come, which was exciting.”

The Pawars plan to hold a community meal with one or more local families every Friday night. “It’s all going to be pretty organic,” says Sandra. “We’re just trying to meet people in our neighbourhood, build relationships with people and that takes time. People need to know that we are sincere and authentic in what we’re doing.”

Already, both Sandra and Ashish have been asked to run a Bible study by people that they have connected with. They have also started attending various local community groups to learn more about their new home and develop connections.

“Salvos Fitness” is a social enterprise set up by Merrylands Salvationists to engage members of the community in the health of body, mind and soul. They meet once a week at the corps building for fitness sessions where people can come alongside each other in support and encouragement.

“Things like the gym or fitness classes is just too much of a stretch [the cost] for many people in our community,” says Andrew. “So Salvos Fitness operates with people who are full-paying clients who subsidise the cost for concession holders. We sometimes gift people sessions, who just can’t afford it, to come alongside us and to exercise and to get healthy together as a community.”

Another former corps building in Sydney’s west is also being revitalised. Auxiliary Lieutenants Lorelle and Joshua Vince (pictured right), who are newly commissioned, are team members in the Greater West region and mainly work in St Marys and Lethbridge Park.

The former Lethbridge Park Corps houses Salvation Army services such as Doorways and Moneycare, but is now also being used by other community groups. “There’s not many spaces in Lethbridge Park,” says Lorelle. “So the community is quite interested in meeting in our space. We’re keen to connect with the community and if they want to use our space, we want to build relationships through that.”

Earlier this year the community joined a number of corporate volunteers to paint the building, which is located next to a school.

“Every Monday during school term, an organisation called Hope Street turns up before school and gives out free coffees,” says Lorelle. “I make sure I’m there to chat to nearby residents and school families who are walking past.”

In the last school holidays a number of community groups, coordinated by The Hive, ran a school holiday program at Salvation Army building. Lorelle and Josh attended each day’s activities, making links with local children and families. Another way they opened their doors was to hold training for the annual “Tag 4 Trust” OzTag Gala Day, which sees kids coached in Oz Tag by local police and other emergency services personnel.