Others wins Publication of the Year award Others wins Publication of the Year award

Others magazine received the Neumann & Turnour Lawyers "Publication of the Year 2018" award at the Australasian Religious Press Association (ARPA) Awards for Excellence in Brisbane on Saturday. 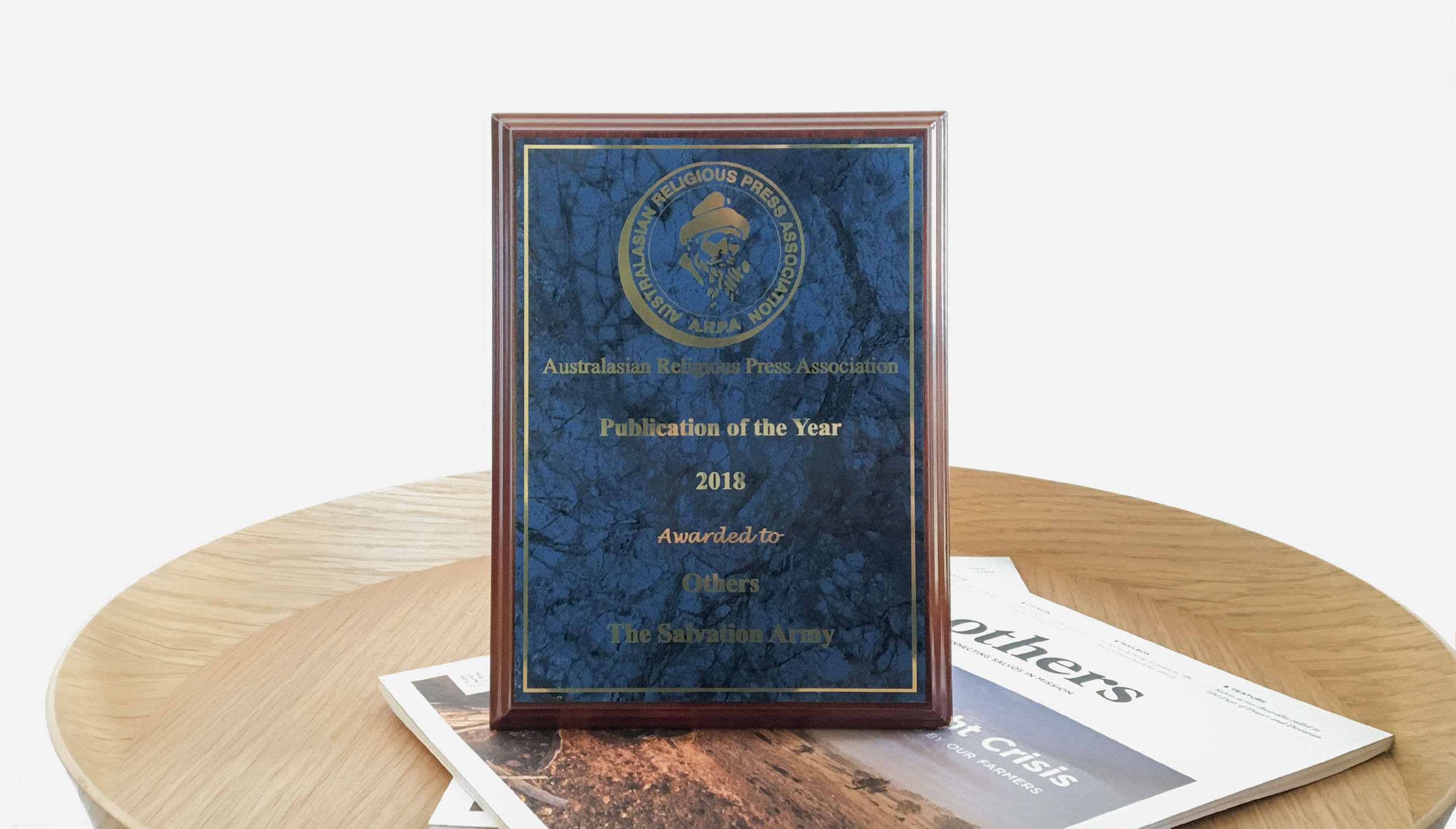 Others magazine won the Neumann & Turnour Lawyers Publication of the Year award for 2018.

More than 80 publications across Australasia are current members of ARPA.

The citation for the Neumann & Turnour Lawyers Publication of the Year 2018 award read: “This magazine has a very clear idea of its target audience and is stunning in its execution. Layout and design are exquisite ... The magazine also creates an emotional connection, which is an extraordinary claim to make about an which is just pictures and ink. Nonetheless, this magazine gives the reader a real sense of what it means to be a Salvo.”

Others magazine also received the silver award for Best Website (others.org.au), award for Best Design Magazine, and the bronze for the Best Social Justice article – Vaughan Olliffe’s “Longing to Belong” on the equality of people with disabilities.

“The awards are fitting recognition for our hard-working team who continually produce a quality magazine and online news service,” said Others Managing Editor Scott Simpson.

“[In this article] sufficient biographical detail is given but the emphasis on family relationship, education faith, with strong quotes to back up the commentary, make this an article that will impact young readers positively,” read the citation.

The Salvation Army was also given a highly commended award for its online media campaign, @SalvosChurchLife.

Ingrid Barratt won the Best award for her two-part series “I am not your slave” and “Are there slaves in New Zealand?”

This award citation read, “This ambitious two-part article is realistic, strategic and empowering. The article surveys, the local dimensions of human trafficking and shows how governments, businesses individuals are implicated and what they can do about it.”

The Salvation Army is a member of the Australasian Religious Press Association.