The Gathering - a conference to celebrate diversity - was a weekend of cultural enlightenment, engagement workshops, multicultural cuisine and heartfelt worship. Photo: Cazeil Creative.

The Salvation Army’s first large-scale conference to celebrate diversity and multiculturalism drew more than 500 people to The Gathering in Sydney last weekend.

Nearly 80 people from all over Australia attended sessions at Newington College, Stanmore, on Saturday to learn about and honour the rich cultural tapestry of Australia’s ever-changing missional landscape.

A praise and worship service was held at the college on Saturday night, attracting almost 500 people from an array of cultures, followed by an All Nations Church Service on Sunday morning at Auburn Salvation Army.

The weekend’s theme was based on Revelation 7:9, “A vast crowd, too great to count, from every nation and tribe and people and language, standing in front of the throne and before the Lamb.” 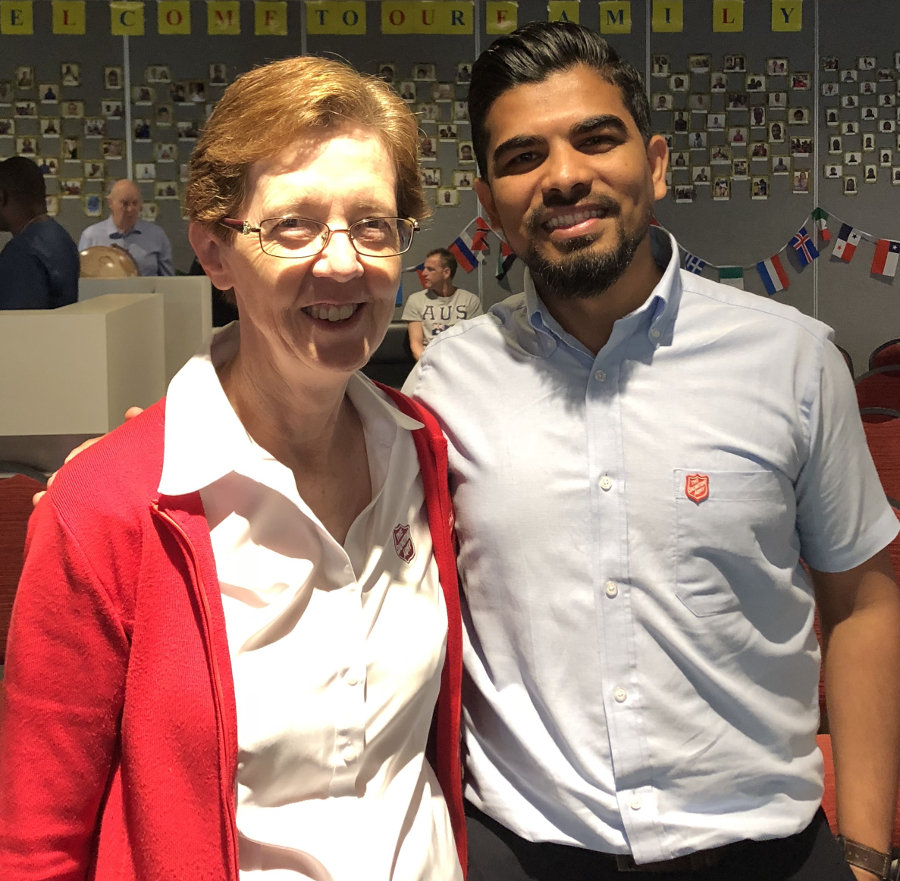 “The Gathering was a little taste of heaven on earth,” says Captain Ashish Pawar, Corps Officer at Doonside, Sydney (pictured right with Lieut-Colonel Miriam Gluyas). “It was very special and powerful to see so many different nationalities coming together to worship Jesus.”

Starting with a prayer night on Friday at Auburn Salvos, attendees were treated to a weekend of cultural enlightenment, engagement workshops, multicultural cuisine and heartfelt worship.

Speakers such as theology expert Dr. Sam Chan and Senior Pastor Mathew Kuruvilla, of Baptist Parkside Church, offered guidance and introspection on issues ranging from how to build and nurture a multicultural church through to ministering to refugees and asylum seekers.

The Salvation Army Multicultural Ministries Director, Adrian Kistan, who organised the event, is no stranger to the mix of flavours that cross-cultural church life brings. As a soldier at Auburn Salvos, he has seen the benefits of embracing cultural diversity in the form of booming corps life and rich engagement with its people.

“It’s a great gathering of God’s people, all united through Jesus, but who express him and worship him in different ways,” Adrian says. “Auburn Salvation Army has partnered with the multicultural ministries team to come together to run a conference that would equip and enable mission and ministry in a culturally diverse Australia.” 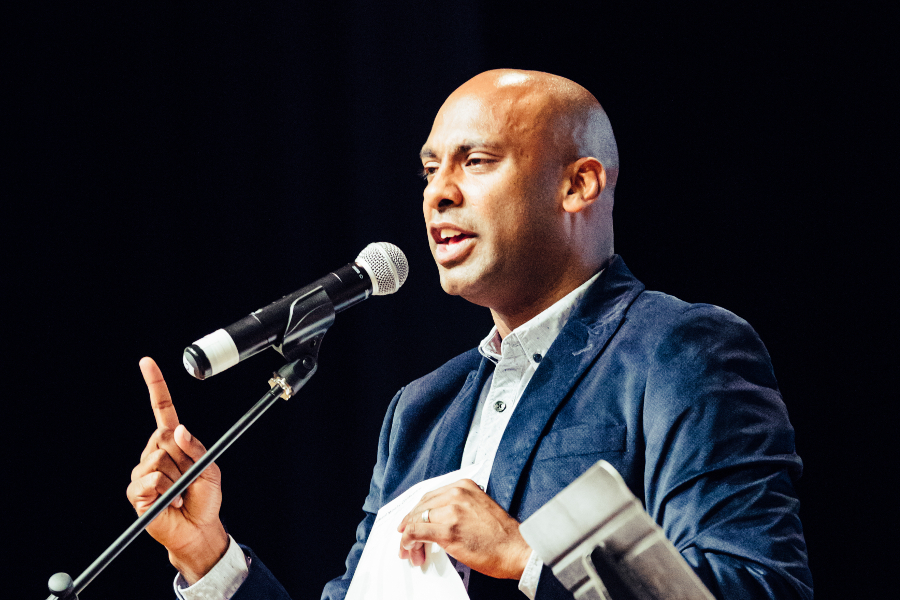 Adrian (pictured right) says it’s not uncommon to be afraid to ask a question about something someone from a different nationality does. Curiosity is natural, he continues, but the fear of asking something inappropriate or offensive can be very real. The Gathering looked to address this issue by bringing Christians, regardless of background, together to speak, learn and worship under the unifying banner of faith.

“We are living in a multicultural, multiethnic and multireligious society in Australia. Without knowing others, it is almost impossible to build the kingdom of God in our society,” says Major Hwanki Kim, who attended the event. “The Gathering is one of the best programs to be ‘one’ and to know others in Christ.”

The Saturday night celebration was an enthusiastic time of worship and vibrant colour, due to the many faith expressions and array of cultures represented. These included Australian Indigenous, Filipino, Indian, Nepalese, Korean, Chinese, Iranian, Burundi, and the combined African nations choir, who all came together to lift up the name of Jesus. (Photo right: Cazeil Creative) While each expression was different in nature, says Adrian, their voices were united in the spirit of faith and love.

“The Sunday morning service was held back at Auburn Salvos and really picked up where the Saturday night finished,” Adrian says.

“It was a full house at Auburn. We featured worship from the Nepalese church, prayer in numerous languages from around the globe and Lieutenant-Colonel Miriam Gluyas gave a powerful message that challenged all to leave what is behind, keep firing the arrows into the future according to God's divine purpose for our lives. There was a great atmosphere of praise and response to the Holy Spirit."

The Gathering’s success stands as testament to the unifying power of faith, says Adrian, leaving those that attended energised and filled with the spirit of mission – that no matter the language, no matter the background, we belong to each other through him.

“Keep an eye out for the release dates and details of the 2019 event,” says Adrian. “With the response that we have received by the delegates and others that were not able to attend we will be organising another Gathering event in 2019, that will have national impact.”