Areas working together for the Kingdom Areas working together for the Kingdom

A morning-tea garden party at Stanmore House conference and training centre in Sydney brought together different expressions for mission and ministry, showing the new Area Leadership Team structure in action.

The Salvation Army introduced Area Leadership Teams earlier this year, in an effort to get all mission expressions together on a regular basis to find ways to collaborate better, in order to live out the mission of the Salvos in that area.

In Sydney’s inner-west, at one of the first meetings, representatives from each expression talked about the joys and challenges that they faced. The chaplain at Balmain’s Montrose Aged Care Plus Centre, a centre for ageing men with behavioural and mental health issues, said it was often challenging to organise appropriate or suitable outings. 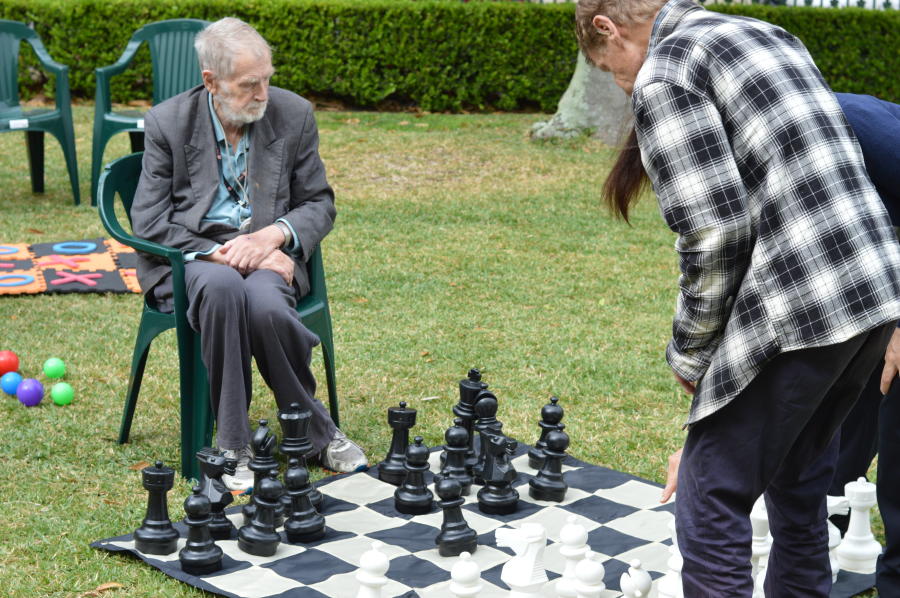 “We are fairly restricted with a lot of our men as to where they go, because socialising is not something that is easy for some of them,” said Montrose chaplain, Major Cheryl Kinder.

Upon hearing this, the manager of Stanmore House, Major Raewyn Grigg, suggested that the men come to her centre, which has lovely gardens and grounds and gates that can be locked for their safety. “Can we come too?” piped up the chaplain from Maybank Aged Care Plus Centre in Dulwich Hill.

From that conversation, the idea was born, and the three Salvos met to work out the details. Area Officer, Major Beth Twivey, said other Salvation Army expressions also jumped on board to help, with people from Inner West Salvation Army Corps attending and the Divisional Headquarters youth team also involved: “The youth team person was there [at the original ALT meeting] and said, ‘We’ve got life-sized games like Connect Four that you could use’... so, it was a real partnership of all the expressions.”

On the day of the Garden Party, the sun came out after many days of rain and residents from Montrose and Maybank Aged Care Plus Centres arrived at Stanmore House where there was an air of excitement.

They were greeted by staff who served them a delicious array of morning tea, enjoyed live music and interacted with each other through playing games and chatting. 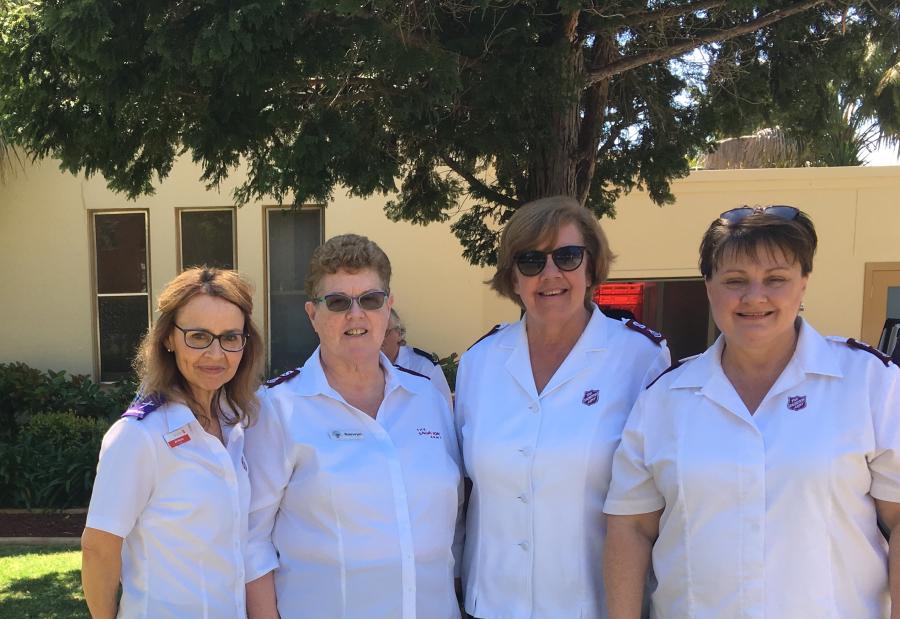 “There was a great vibe and energy, lovely food, good music and the games,” said Major Twivey, who shared a short message from the Bible and prayed during the event.

According to Major Grigg, Stanmore House is far more than just a conference, training and accommodation centre, and the Garden Party was one of a number of events in which its people express their missional heart: “We believe here we are mission-focused,” she said. “So we want our people –anyone who comes here onto our site – to be equipped, to be encouraged and to come closer to God. I believe, and my staff are with me on this, that we have a responsibility to connect with our community. We are The Salvation Army in Stanmore.”

The Garden Party was a resounding success. Major Kinder says the Montrose men who attended are still on a high from the day out. “Just to come and sit together and talk with people and be free to move around the beautiful setting, they just loved being at Stanmore [House] with so much going on and so many people and laughter and music and fun. Then, being spoiled with the beautiful presentation of food that they were given, was just something that they’re still talking about!”

One man, David*, had grown up in the suburb of Stanmore but hadn’t been back in many years. He was delighted to take a walk and see the site of his old family home, his old school and the café where he used to buy milkshakes as a kid. Another man spent the entire morning at the large chess set that the inner-west Youth Team had lent Stanmore House for the event. 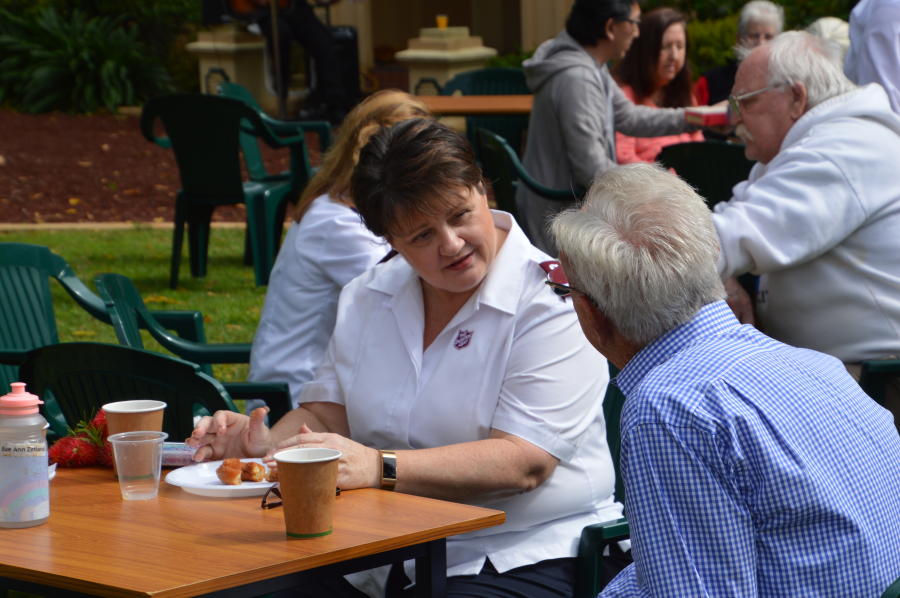 “Well, there was a giant chess set and he was in his element. To see different people, officers, carers and other residents have a game with him, ... it was just beautiful.”

Major Twivey said the success of the day boiled down to the mission expressions working together to be The Salvation Army in that place. “The body of Christ functions best when it works together,” she said. “I see this as a learning, for say, another Area Leadership Team (ALT) around the nation.”

“I’m sold on ALT groups,”said Major Kinder. “I’m sold on working collaboratively. Partnerships are just huge. What we can do working as a team is so much stronger than trying to do it on our own.

“We’re already talking about what we can do next, it’s very exciting!”