Six students from The Salvation Army’s Salvos Discipleship School on the New South Wales Central Coast have graduated from a year of intensive discipleship training.

Six students from the Salvos Discipleship School on the NSW Central Coast have graduated from a year of intensive training.

During the gradation, held at Long Jetty Corps, the students spoke about how they had been challenged, stretched and tested, leading to much growth in their spiritual lives.

Teagan Brownrigg, from Lismore in Northern NSW, was studying a Diploma of Contemporary Music but felt like something was missing and on the wrong track. “I felt God calling me to the Salvos Discipleship School and it has been the best decision of my life,” she said.

Fellow student Stephanie Elkington, from Melbourne, had a similar experience. After completing high school she was accepted into a graphic design course but knew it wasn’t where God wanted her to be. “It was totally worth it,” she said of changing her plans and following God’s leading to attend the Salvos Discipleship School.

Major Gregory Morgan, National Head of Eva Burrows College, presented the students with their certificates and challenged everyone at the graduation ceremony to take every opportunity God gave them.

Nicole Steffenhagen travelled from Spokane in Washington, USA, to attend the school this year. She said she’d been working as a nurse, but “wanted more out of life than just working every day”.

“God has taught me this year that I may plan my future, but his way is always the best,” she said.

Jared Harmer from Brisbane, said the year “revived” his heart. “God taught me about who I was and who he has made me to become.” 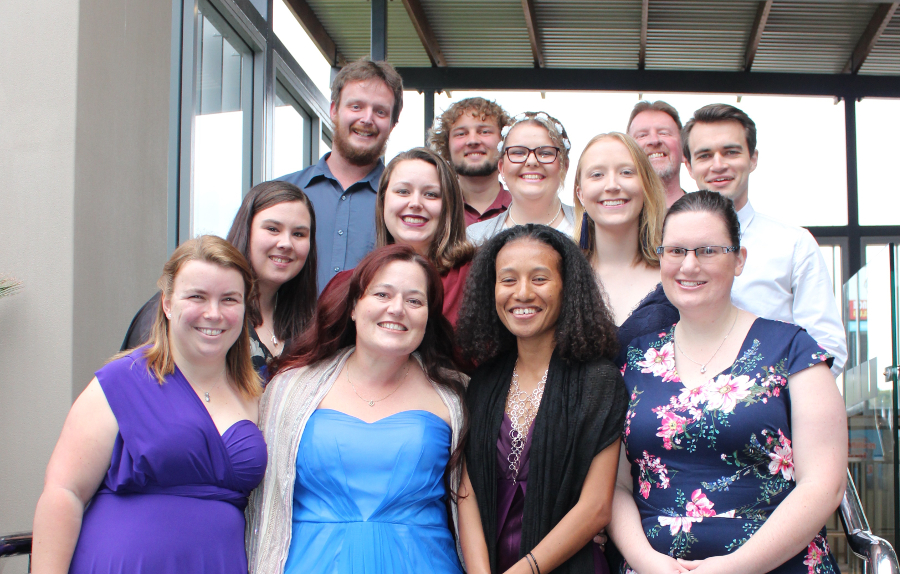 The Salvos Discipleship School’s mission is to train, disciple and equip young people for a lifestyle of ministry and mission. Many of this year’s students (pictured right with staff) have chosen to go back to their home church to serve and live out what God has sown into them.

Rosalea Nemhara, from Western Australia, said she had learned much from God during the year and her “passion for ministry has grown so much over this time”.

Ashley Dennis, from Port Lincoln, South Australia, said he was leaving the school on a firm footing of God’s love. “When I started at the school, I had a rough understanding of me being a child of God, and there were times I would doubt it. I have realised during the school that I am a child of God!”

“We believe there’s such a huge future for each one of our graduating students this year,” said Director of the Salvos Discipleship School, Major Andrew Humphreys.

Co-Director, Major Melissa Humphreys, is urging people who are considering applying for Salvos Discipleship School not to put it off. “Don’t miss your opportunity – apply today!”